I feel like I have’t made one of these posts in forever…maybe because I haven’t…but by this point we all know I was in a reading and blogging slump but I’m slowly crawling out of that hole now! Here are the books that I’m the most excited about that will be released in March! Hopefully some less disgusting weather comes next month with these releases…

You Asked For Perfect by Laura Silverman

Senior Ariel Stone is the perfect college applicant: first chair violin, dedicated community volunteer, and expected valedictorian. He works hard – really hard – to make his life look effortless. A failed Calculus quiz is not part of that plan. Not when he’s number one. Not when his peers can smell weakness like a freshman’s body spray. Figuring a few all-nighters will preserve his class rank, Ariel throws himself into studying. His friends will understand if he skips a few plans, and he can sleep when he graduates. Except Ariel’s grade continues to slide. Reluctantly, he gets a tutor. Amir and Ariel have never gotten along, but Amir excels in Calculus, and Ariel is out of options. Ariel may not like Calc, but he might like Amir. Except adding a new relationship to his long list of commitments may just push him past his limit.

Everyone knows Daisy Jones & The Six, but nobody knows the reason behind their split at the absolute height of their popularity . . . until now. Daisy is a girl coming of age in L.A. in the late sixties, sneaking into clubs on the Sunset Strip, sleeping with rock stars, and dreaming of singing at the Whisky a Go Go. The sex and drugs are thrilling, but it’s the rock and roll she loves most. By the time she’s twenty, her voice is getting noticed, and she has the kind of heedless beauty that makes people do crazy things. Also getting noticed is The Six, a band led by the brooding Billy Dunne. On the eve of their first tour, his girlfriend Camila finds out she’s pregnant, and with the pressure of impending fatherhood and fame, Billy goes a little wild on the road. Daisy and Billy cross paths when a producer realizes that the key to supercharged success is to put the two together. What happens next will become the stuff of legend. 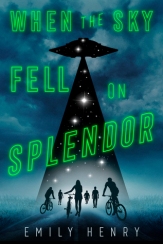 Three screws in her hip. Two months until spring training. One answer to all her problems.Mickey Catalan is no stranger to the opioid epidemic in her small town. There are obituaries of classmates who “died suddenly” and stories of overdoses in gas station bathrooms—but none of that is her. No, Mickey is a star softball catcher—one part of a dynamic duo with her best friend and pitcher Carolina—about to start her senior season with hopes of college recruitment. Until a car accident shatters that plan, along with her hip and Carolina’s arm. Now Mickey is hurting. She can barely walk, much less crouch behind the plate. Yet a little white pill can make it better. After all, it is doctor prescribed. But when the prescription runs out, Mickey turns to an elderly woman who pushes hot meatloaf and a baggie full of oxy across the kitchen counter. It’s there Mickey makes new friends—other athletes in pain, others with just time to kill—and finds peaceful acceptance, a place where she can find words more easily than she ever has before. But as the pressure to be Mickey Catalan heightens, her desire for pills becomes less about pain and more about want, something that could send her spiraling out of control.

Jason Zhou, his friends, and Daiyu are still recovering from the aftermath of bombing Jin Corp headquarters. But Jin, the ruthless billionaire and Daiyu’s father, is out for blood. When Lingyi goes to Shanghai to help Jany Tsai, a childhood acquaintance in trouble, she doesn’t expect Jin to be involved. And when Jin has Jany murdered and steals the tech she had refused to sell him, Lingyi is the only one who has access to the encrypted info, putting her own life in jeopardy. Zhou doesn’t hesitate to fly to China to help Iris find Lingyi, even though he’s been estranged from his friends for months. But when Iris tells him he can’t tell Daiyu or trust her, he balks. The reunited group play a treacherous cat and mouse game in the labyrinthine streets of Shanghai, determined on taking back what Jin had stolen. When Daiyu appears in Shanghai, Zhou is uncertain if it’s to confront him or in support of her father. Jin has proudly announced Daiyu will be by his side for the opening ceremony of Jin Tower, his first “vertical city.” And as hard as Zhou and his friends fight, Jin always gains the upper hand. Is this a game they can survive, much less win?

Meet Me In Outer Space by Melinda Grace

Edie Kits has a learning disability. Well, not a learning disability exactly, but a disability that impacts her learning. It isn’t visible, it isn’t obvious, and it isn’t something she likes to advertise. And for three semesters of college, her hard work and perseverance have carried her through. Edie thinks she has her disability under control until she meets her match with a French 102 course and a professor unwilling to help her out. Edie finds herself caught between getting the help she needs and convincing her professor that she isn’t looking for an easy out. Luckily for Edie, she has an amazing best friend, Serena, who is willing to stitch together a plan to ensure Edie’s success. And then there’s Hudson, the badly dressed but undoubtedly adorable TA in her French class who finds himself pulled into her orbit…

When The Sky Fell On Splendor by Emily Henry

Almost everyone in the small town of Splendor, Ohio, was affected when the local steel mill exploded. If you weren’t a casualty of the accident yourself, chances are a loved one was. That’s the case for seventeen-year-old Franny, who, five years after the explosion, still has to stand by and do nothing as her brother lies in a coma. In the wake of the tragedy, Franny found solace in a group of friends whose experiences mirrored her own. The group calls themselves The Ordinary, and they spend their free time investigating local ghost stories and legends, filming their exploits for their small following of YouTube fans. It’s silly, it’s fun, and it keeps them from dwelling on the sadness that surrounds them. Until one evening, when the strange and dangerous thing they film isn’t fiction–it’s a bright light, something massive hurdling toward them from the sky. And when it crashes and the teens go to investigate…everything changes.

The Size Of The Truth by Andrew Smith

When he was four years old, Sam Abernathy was trapped at the bottom of a well for three days, where he was teased by a smart-aleck armadillo named Bartleby. Since then, his parents plan every move he makes. But Sam doesn’t like their plans. He doesn’t want to go to MIT. And he doesn’t want to skip two grades, being stuck in the eighth grade as an eleven-year-old with James Jenkins, the boy he’s sure pushed him into the well in the first place. He wants to be a chef. And he’s going to start by entering the first annual Blue Creek Days Colonel Jenkins Macaroni and Cheese Cook-Off. That is, if he can survive eighth grade, and figure out the size of the truth that has slipped Sam’s memory for seven years.

There you have it! All of the books I’m excited to pick up this coming March! Have I missed anything? What are you the most excited for?