It seems as though the new book releases start to die down at the end of the year and I’m not really sure as to why that is, however there are still a few titles coming this November that I am super excited for! Here are the titles that I can’t wait to read next month! 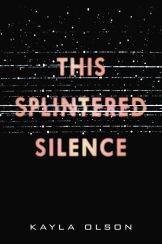 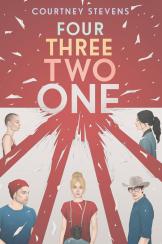 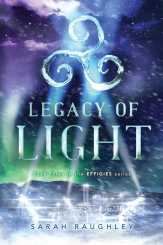 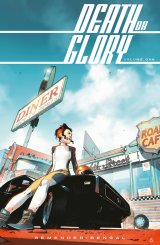 This Splintered Silence by Kayla Olson

Lindley Hamilton has been the leader of the space station Lusca since every first-generation crew member on board, including her mother, the commander, were killed by a deadly virus. Lindley always assumed she’d captain the Lusca one day, but she never thought that day would come so soon. And she never thought it would be like this—struggling to survive every day, learning how to keep the Lusca running, figuring out how to communicate with Earth, making sure they don’t run out of food. When a member of the surviving second generation dies from symptoms that look just like the deadly virus, though, Lindley feels her world shrinking even smaller. The disease was supposed to be over; the second generation was supposed to be immune. But as more people die, Lindley must face the terrifying reality that either the virus has mutated or something worse is happening: one of their own is a killer.

Golden “Go” Jennings wasn’t supposed to be on Bus 21 the day it blew up in New York City. Neither was her boyfriend, Chandler. But they were. And so was Rudy, a cute stranger whom Go shared a connection with the night before. And Caroline, a girl whose silence ended up costing nineteen people their lives. Though it’s been almost a year, Go is stuck in the memory of that day. She needs to talk about what happened and would like it to be with Chan, but he’s completely shut himself off to what happened and what Go needs to move on from it. Then she makes contact with Rudy. Just like that, she again finds herself connecting so easily (and guiltily) to him. Talking to another survivor has opened up a small window of healing in an otherwise stifling nightmare of memories. So she makes an impulsive decision: take her Gran’s truck and her best friend Becky, road trip to Florida to pick up Rudy and Caroline, and, somehow along the way, convince Chan to join them. Their destination? New York City to board an art installation made of the charred remnants of Bus 21. But things are never easy when it comes to healing. Uniting the four stirs up conflicting feelings of love, anger, and forgiveness. And secrets. Secrets that answer long-awaited questions. Secrets that dig schisms. Secrets that just may save these survivors—from themselves and the guilt that plagues them.

Legacy Of Light by Sarah Raughley

The world is in chaos. After Saul’s strike on Oslo—one seemingly led by Maia herself—the Effigies’ reputation is in shambles. Now they’re being hunted by nations across the globe, grouped in with the very terrorists they’ve been trying to stop. With Maia’s resurrected twin, June, carrying out vicious attacks across the world, everyone believes Maia is a killer. Belle has gone rogue, Chae Rin and Lake have disappeared, and the Sect is being dismantled and replaced by a terrifying new world order helmed by Blackwell. As for Saul, his ultimate plan still remains a mystery. And Maia? No one has seen or heard from her in weeks. It’s all somehow connected—Saul, Phantoms, the Effigies, everything. But if the Effigies can’t put the pieces together soon, there may not be much left of the world they’ve fought so desperately to save.

Meet Glory, raised off the grid in a convoy of truckers, the last men and women fighting for true freedom on the American open road. Now, in order to pay for her beloved, dying Father’s surgery, Glory has three days to pull off four dangerous cross-country heists with mob killers, crooked cops, and a psycho ex-husband all out to bring her in or die trying. New York Times bestselling author Rick Remender teams up with legendary French superstar Bengal to bring you a high-speed chase across the American West that examines our dwindling freedoms and the price paid by those who fight for an untethered life.

There you have it! All of the books that I am the most excited about for the month of November! I can’t wait to read all of these titles! Have I forgotten any?!