This is a story about a common man who has extraordinary events in his mundane life. The film depicts the protagonist’s turns of events in three eras, three seasons, three nights, in the same city, as told with reverse chronology. 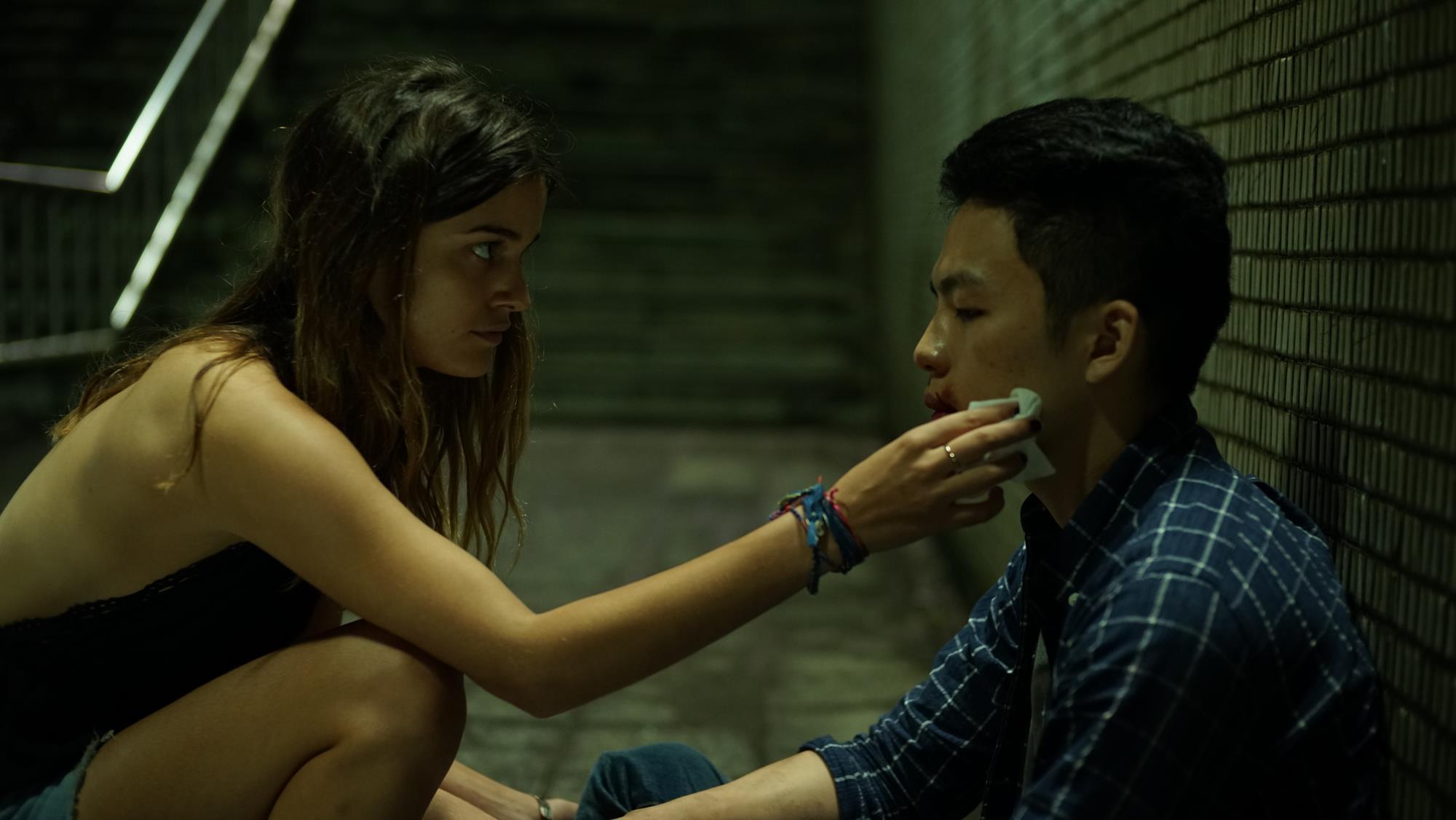 Dark, twisted & weird. The second I read the synopsis for this film, I knew that it was going to be suited to my tastes and I was right, it was totally the perfect vibe for me. Cities of Last Things is definitely not a happy story. If you were hoping for some sort of uplifting tale, this movie is not for you. It is essentially broken up into 4 parts (explained in further detail below) and each and every single one of them is tragic. Cities of Last Things feels very neo-noir (is that a real genre? Did I just make that up?) with it’s dark imagery and moody aesthetic. Everything about it, from the acting to the cinematography was dark and unsettling, which made for a very consistent depressing feel throughout the entire film.

Unique storytelling. Cities Of Last Things is told in reverse chronological order which I’ve only seen once before in Memento. While Memento goes backwards in short intervals of time, Cities Of Last Things does it in different time periods of our main character, Lao Zhang’s, life; starting with him as a middle aged man and going backward from there. We know the outcome of Lao Zhang’s life, but we don’t know what happened to him previously that got him there. It really is quite a unique storytelling device and I found it a lot easier to follow Cities of Last Things than I did Memento.

Left with a few unanswered questions and loose ends. Maybe I’m being picky. I know that this film was a certain level of artsy and probably wanted the audience to think for themselves a little, but I was just left with a few questions that I would have preferred the film to answer rather than leaving unanswered. Why did Ara steal the money, why did she say it belonged to her mother? I really wanted to know more about her and why her character was the way that she was. Also, why was there an exact double of her in the future. Was it a coincidence? Was it some sort of futuristic technological explanation? What was Lao Zhang’s mother’s backstory? Why did she make the decisions that she made? This one didn’t bother me as much and I was okay with coming up with my own answers, but the previous questions really made me want some concrete explanations. Unfortunately, I never got them.

Problematic? Upon reading a few other reviews on Cities of Last Things, I’ve seen a few people mention the problematic tendencies of the film. A few reviewers mentioned that Cities of Last Things was trying to justify the violent actions of a misogynistic man throughout the course of his life, ultimately blaming his mother. However, I don’t personally believe that the film ever tried to justify his actions. It showed what led to them, and yes…maybe what happened to him from the time he was a child to an adult male cause him to commit the crimes he did as a middle aged man, but did the film ever make me think that his actions were justified because of what happened to him, no. He was damaged, yes, but that never made his actions okay. It just helped the audience understand the why, no matter how unacceptable it was.

Overall, I really enjoyed this film. I loved the dark and gritty nature of it. I loved the storytelling and the overall complexity of the story. I loved how everything started to slowly fall in to place as the film carried on. One thing I will note though, it could have had less vomiting (this coming from me, someone who suffers from emetophobia.)

Congratulations to Cities Of Last Things for winning the Platform Prize at the Toronto International Film Festival!

One thought on “#TIFF2018 Review: Cities Of Last Things”