Labour Day weekend is one of those weekends that I highly anticipate every single year! The number one reason being, Fan Expo Canada! Fan Expo is a convention that takes place in Toronto, Ontario, Canada every year during the Labour Day long weekend and it’s basically just another version of Comicon! I purchased the Premium four day pass this year, so I’ll be talking about my personal experience at the con each day, excluding Friday as that is the one day that I wasn’t able to attend.

Why did I buy the Premium 4 day pass rather than individual tickets or the regular Deluxe 4 Day pass?

Back in December, Fan Expo announced their first featured guest, Michael J. Fox. Now, I’m probably one of the biggest Back To The Future fans out there, so I was beyond excited about this announcement. Every year, Fan Expo releases a small block of tickets at Christmas time. I was going to just purchase the regular Deluxe 4 day pass, when I realized that The Premium 4 Day Pass included pre-order for photo ops. Now listen, we all know that Michael J. Fox doesn’t do conventions very often so this was going to be huge and I needed to guarantee a meet and greet. So literally, my only reasoning behind buying the Premium pass was for the photo op pre-order benefit. I was pretty close to buying a VIP 4 Day pass, but let’s be honest…$500 is a steep price to pay, especially when you don’t know the entire guest list (and a few past Fan Expo cons have had a mediocre guest list).

Upon purchasing the premium pass, I learned a lot about the other extra benefits it provides, such as access to a private lounge for Premium pass holders only, where you can rest when the feet and muscles start to ache, as they inevitably do. It got me early access into the venue at 2:00 on Thursday instead of at 4:00 with general public admission. It also gets you free entry into Toronto Comicon this upcoming March, as well as any other Fan Expo event in the upcoming year (excluding Fan Expo Canada 2019)! I really had no idea, so that was exciting news! I also got a free gift bag with some pretty sweet swag! 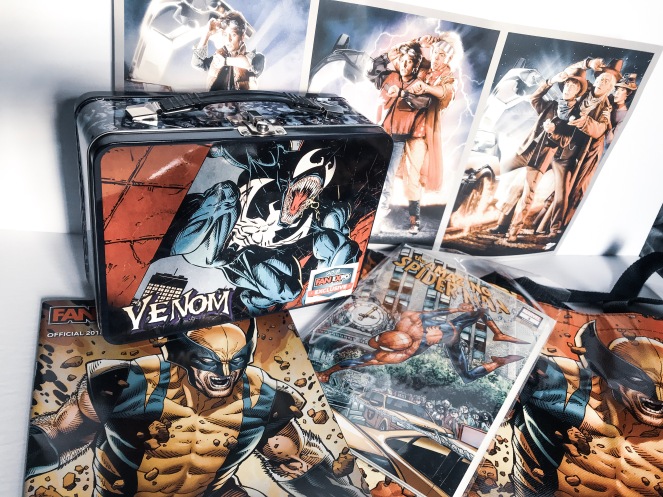 As you can see, we got a Fan Expo exclusive Venom lunch box and a Fan Expo Exclusive Amazing Spiderman comic, all inside a Wolverine tote bag with a matching Wolverine program guide! What I was the most excited about though, was the Back To The Future print that will most definitely be going up in my future home when I have more wall space!

Even though I only bought the pass for the photo-op pre-order incentive (which I totally used and officially met both Michael J. Fox and Christopher Lloyd on Saturday, so stay tuned for that post!), I think this pass is totally worth the extra dollars if you were planning to go for 4 days anyway! I may consider purchasing this pass again next year!

After purchasing the pass, I learned that Funko was going to have abooth for the first time ever at Fan Expo and that they would be selling Canadian convention exclusives. I later found out that one of those exclusives was going to be a Marty McFly at the Enchantment Under The Sea Dance. I have never wanted something so badly in my life. Funko announced the rules which seemed pretty fair and reasonable at first. They would hand out time tickets every day. You would have to line up for said time tickets, and when you got one it would tell you what time to come back to the booth so you could shop. Knowing that I was going to get in at 2:00 on Thursday with the premium pass, I thought I had a fair chance at getting the exclusive I wanted…nope. As mentioned, I got in at 2:00, headed down to the show floor and walked over to the Funko booth in an orderly manner (others were downright running for an olympic gold medal)…and the time tickets for the entire day were GONE…at 2:07. Um, pardon? So basically, you had to have a VIP pass (which lets you in earlier than premium by about a minute or 2) and you had to run like you were in a zombie apocalypse. People were being pushed and shoved and it was just a downright mess. They then said to try again tomorrow to which I said..heck no and ended up buying one of the multiple that were already on eBay. #trash.

They then announced that the next three days they would start giving the tickets out at 10 AM, when everyone with any form of pass would be in the convention centre…sounds fair right? Nope…I checked twitter after I refused to attempt to try again and it looked like the tickets were gone by 9:45…when all the VIPs and Premiums were already in at 9:30 before regular pass holders were let in. Funko…you need to fix something here.

Now, on to the shopping! Thursday and Friday at Fan Expo are the best for shopping as there are much smaller crowds and you can properly explore the vendor booths, especially Artist Alley which has much smaller aisle space. Without further ado, here is my Thursday Fan Expo Haul! 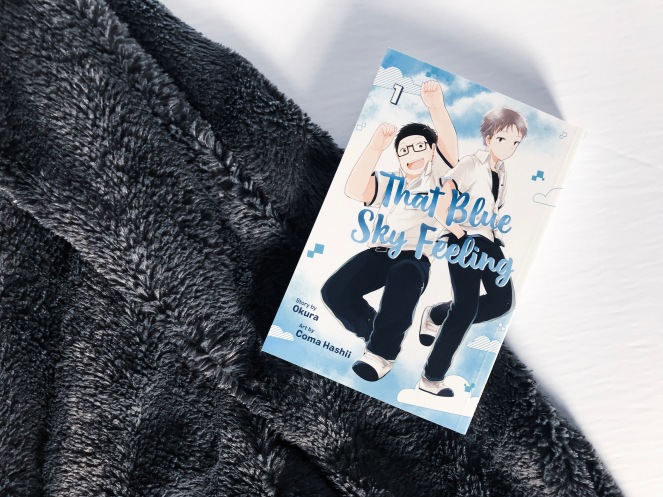 Listen, I had a whole list of manga and graphic novels that I wanted to buy…do you think I could find a single one? Nope. I did, however, spot a title I saw at an Indigo Teen Fall Preview Event I attended recently, and I decided, what the heck. That title is the manga That Blue Sky Feeling by Okura! It sounded super cute and I’m ready to dive into a new series! 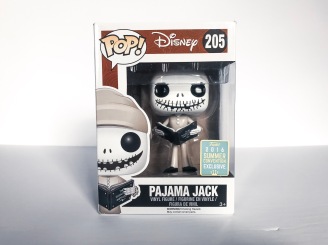 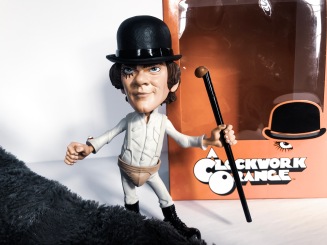 I usually go ham with the Funko Pop Vinyl figures, but I’ve recently pre-ordered a bunch that I wanted so I didn’t really have my sights set on any in particular. I did come across this Nightmare Before Christmas Pajama Jack from 2016 that I thought was pretty cute so I decided to pick him up (for a really cheap price too)! I also found a pretty sweet Alex Delarge figure from A Clockwork Orange that I absolutely needed, being that it is basically one of my favourite books and films of all time. 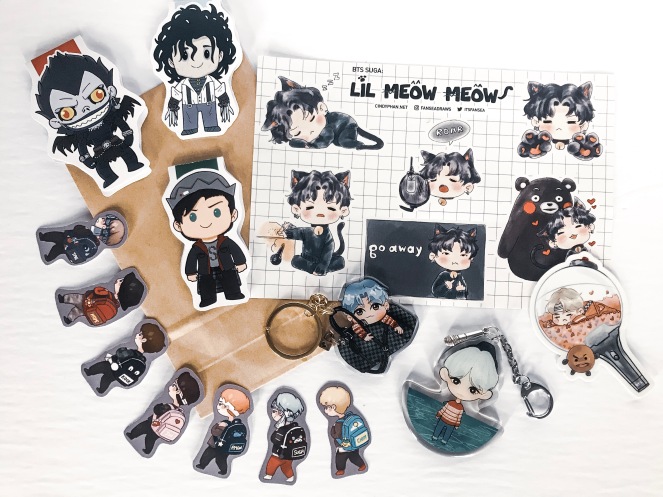 Artist Alley is where I go absolutely nuts every year. Also, if you’re a kpop stan…this is the place for you! I mean look at all the Yoongi/BTS I was able to find on Day 1 (yes, I went back for more later, so stay tuned!) I also found some pretty sweet bookmarks of some of my favourite pop culture icons!

There you have it! Everything I purchased at Fan Expo on Day 1! Stay tuned for upcoming posts on what I did and purchased on Saturday & Sunday!