Just like that, summer is basically gone. Crazy, eh? Now that we’re halfway through the month of August, it’s time to talk about the New Releases that I’m excited to pick up and read next month! So without further ado, here are the books that I’m most excited for that will be released this upcoming September!

Sadie hasn’t had an easy life. Growing up on her own, she’s been raising her sister Mattie in an isolated small town, trying her best to provide a normal life and keep their heads above water.  But when Mattie is found dead, Sadie’s entire world crumbles. After a somewhat botched police investigation, Sadie is determined to bring her sister’s killer to justice and hits the road following a few meagre clues to find him. When West McCray—a radio personality working on a segment about small, forgotten towns in America—overhears Sadie’s story at a local gas station, he becomes obsessed with finding the missing girl. He starts his own podcast as he tracks Sadie’s journey, trying to figure out what happened, hoping to find her before it’s too late.

Josh & Hazel’s Guide To Not Dating by Christina Lauren

Hazel Camille Bradford knows she’s a lot to take—and frankly, most men aren’t up to the challenge. If her army of pets and thrill for the absurd don’t send them running, her lack of filter means she’ll say exactly the wrong thing in a delicate moment. Their loss. She’s a good soul in search of honest fun. Josh Im has known Hazel since college, where her zany playfulness proved completely incompatible with his mellow restraint. From the first night they met—when she gracelessly threw up on his shoes—to when she sent him an unintelligible email while in a post-surgical haze, Josh has always thought of Hazel more as a spectacle than a peer. But now, ten years later, after a cheating girlfriend has turned his life upside down, going out with Hazel is a breath of fresh air. Not that Josh and Hazel date. At least, not each other. Because setting each other up on progressively terrible double blind dates means there’s nothing between them…right?

A gun is sold in the classifieds after killing a spouse, bought by a teenager for needed protection. But which was it? Each has the incentive to pick up a gun, to fire it. Was it Rand or Cami, married teenagers with a young son? Was it Silas or Ashlyn, members of a white supremacist youth organization? Daniel, who fears retaliation because of his race, who possessively clings to Grace, the love of his life? Or Noelle, who lost everything after a devastating accident, and has sunk quietly into depression? One tense week brings all six people into close contact in a town wrought with political and personal tensions. Someone will fire. And someone will die. But who?

Not Even Bones by Rebecca Schaeffer

Nita doesn’t murder supernatural beings and sell their body parts on the internet—her mother does that. Nita just dissects the bodies after they’ve been “acquired.” But when her mom brings home a live specimen, Nita decides she wants out — dissecting living people is a step too far. But when she tries to save her mother’s victim, she ends up sold on the black market in his place — because Nita herself is a supernatural being. Now Nita is on the other side of the bars, and there is no line she won’t cross to escape and make sure no one can ever capture her again. Nita did a good deed, and it cost her everything. Now she’s going to do a lot of bad deeds to get it all back.

And The Ocean Was Our Sky by Patrick Ness

With harpoons strapped to their backs, the proud whales of Bathsheba’s pod live for the hunt, fighting in the ongoing war against the world of men. When they attack a ship bobbing on the surface of the Abyss, they expect to find easy prey. Instead, they find the trail of a myth, a monster, perhaps the devil himself…As their relentless Captain leads the chase, they embark on a final, vengeful hunt, one that will forever change the worlds of both whales and men.

In the 1990s, heavy metal band Dürt Würk was poised for breakout success — but then lead singer Terry Hunt embarked on a solo career and rocketed to stardom as Koffin, leaving his fellow bandmates to rot in rural Pennsylvania. Two decades later, former guitarist Kris Pulaski works as the night manager of a Best Western – she’s tired, broke, and unhappy. Everything changes when she discovers a shocking secret from her heavy metal past: Turns out that Terry’s meteoric rise to success may have come at the price of Kris’s very soul. This revelation prompts Kris to hit the road, reunite with the rest of her bandmates, and confront the man who ruined her life. It’s a journey that will take her from the Pennsylvania rust belt to a Satanic rehab center and finally to a Las Vegas music festival that’s darker than any Mordor Tolkien could imagine. A furious power ballad about never giving up, even in the face of overwhelming odds, We Sold Our Souls is an epic journey into the heart of a conspiracy-crazed, paranoid country that seems to have lost its very soul…where only a girl with a guitar can save us all.

Emika Chen barely made it out of the Warcross Championships alive. Now that she knows the truth behind Hideo’s new NeuroLink algorithm, she can no longer trust the one person she’s always looked up to, who she once thought was on her side. Determined to put a stop to Hideo’s grim plans, Emika and the Phoenix Riders band together, only to find a new threat lurking on the neon-lit streets of Tokyo. Someone’s put a bounty on Emika’s head, and her sole chance for survival lies with Zero and the Blackcoats, his ruthless crew. But Emika soon learns that Zero isn’t all that he seems–and his protection comes at a price. Caught in a web of betrayal, with the future of free will at risk, just how far will Emika go to take down the man she loves?

A YA Anthology of short stories featuring disabled teens, written by #OwnVoices disabled authors. The stories reflect a range of genres and disabilities; contributors include bestselling authors Kody Keplinger and Francisco X. Stork, as well as newcomers Fox Benwell, Keah Brown, and more. 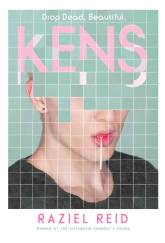 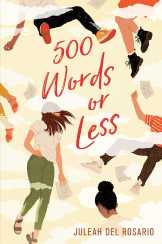 Every high school has the archetypical Queen B and her minions. In Kens, the high school hierarchy has been reimagined. Willows High is led by Ken Hilton, and he makes Regina George from Mean Girls look like a saint. Ken Hilton rules Willows High with his carbon-copies, Ken Roberts and Ken Carson, standing next to his throne. It can be hard to tell the Kens apart. There are minor differences in each edition, but all Kens are created from the same mold, straight out of Satan’s doll factory. Soul sold separately. Tommy Rawlins can’t help but compare himself to these shimmering images of perfection that glide through the halls. He’s desperate to fit in, but in a school where the Kens are queens who are treated like Queens, Tommy is the uncool gay kid. A once-in-a-lifetime chance at becoming a Ken changes everything for Tommy, just as his eye is caught by the tall, dark, handsome new boy, Blaine. Has Blaine arrived in time to save him from the Kens? Tommy has high hopes for their future together, but when their shared desire to overthrow Ken Hilton takes a shocking turn, Tommy must decide how willing he is to reinvent himself — inside and out. Is this new version of Tommy everything he’s always wanted to be, or has he become an unknowing and submissive puppet in a sadistic plan?

The sequel to VICIOUS, V.E. Schwab’s first adult novel. Sydney once had Serena—beloved sister, betrayed enemy, powerful ally. But now she is alone, except for her thrice-dead dog, Dol, and then there’s Victor, who thinks Sydney doesn’t know about his most recent act of vengeance. Victor himself is under the radar these days—being buried and re-animated can strike concern even if one has superhuman powers. But despite his own worries, his anger remains. And Eli Ever still has yet to pay for the evil he has done.

Cager has been transported to the Tennessee, a giant lunar-cruise ship orbiting the moon that his dad owns, by Billy and Rowan to help him shake his Woz addiction. Meanwhile, Earth, in the midst of thirty simultaneous wars, burns to ash beneath them. And as the robots on board become increasingly insane and cannibalistic, and the Earth becomes a toxic wasteland, the boys have to wonder if they’ll be stranded alone in space forever.

Nic Chen refuses to spend her senior year branded as the girl who cheated on her charismatic and lovable boyfriend. To redefine her reputation among her Ivy League–obsessed classmates, Nic begins writing their college admissions essays. But the more essays Nic writes for other people, the less sure she becomes of herself, the kind of person she is, and whether her moral compass even points north anymore.

There you have it! All of the books that I am excited for that will be released next month! What September releases are you the most excited about?!