Did I meet my June TBR Goals?

Last month, I set up some TBR reading goals after it worked pretty well for me in May! This month should be pretty fun as I’ll be taking part in the Read-EH-Thon which promotes reading more from Canadian authors, so I kind of have two TBR lists this month! The real question is, did I meet my reading goals for June? Check out the list below to see if I was successful!

As you can see, I did pretty good and only neglected one book on my set TBR for the month! I did, however, read many other books that weren’t on my TBR…You can see what those titles were by checking out my Monthly Wrap Up!

Now it’s time to set up some more goals for the month of July! Here are the books that I’m hoping to read before the month is over! 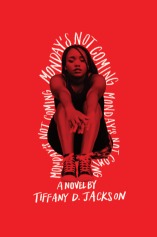 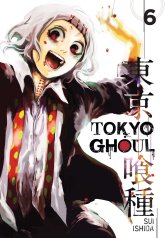 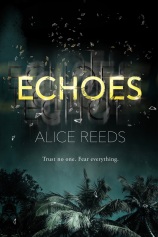 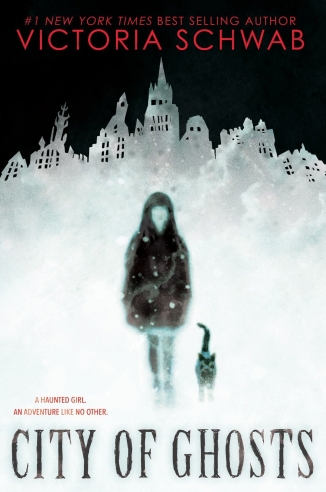 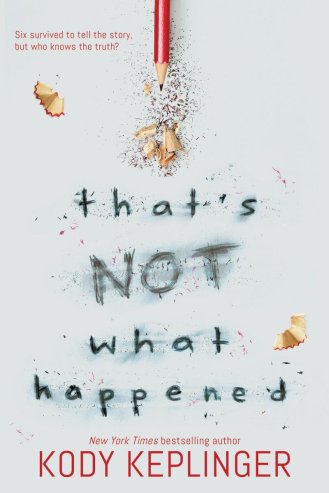 Monday Charles is missing, and only Claudia seems to notice. Claudia and Monday have always been inseparable—more sisters than friends. So when Monday doesn’t turn up for the first day of school, Claudia’s worried. When she doesn’t show for the second day, or second week, Claudia knows that something is wrong. Monday wouldn’t just leave her to endure tests and bullies alone. Not after last year’s rumors and not with her grades on the line. Now Claudia needs her best—and only—friend more than ever. But Monday’s mother refuses to give Claudia a straight answer, and Monday’s sister April is even less help. As Claudia digs deeper into her friend’s disappearance, she discovers that no one seems to remember the last time they saw Monday. How can a teenage girl just vanish without anyone noticing that she’s gone?

Ghouls live among us, the same as normal people in every way—except their craving for human flesh. Ken Kaneki is an ordinary college student until a violent encounter turns him into the first half-human half-ghoul hybrid. Trapped between two worlds, he must survive Ghoul turf wars, learn more about Ghoul society and master his new powers. Things heat up in the Ward Eleven as the CCG investigates the high rate of Investigator deaths. Kaneki has an explosive run-in with Aogiri Tree, the Ghoul Gang, run by a Ghoul known only as the Sekigan King.

They wake on a deserted island. Fiona and Miles, high school enemies now stranded together. No memory of how they got there. No plan to follow, no hope to hold on to. Each step forward reveals the mystery behind the forces that brought them here. And soon, the most chilling discovery: something else is on the island with them. Something that won’t let them leave alive.

City Of Ghosts by Victoria Schwab

Cassidy Blake’s parents are The Inspectres, a (somewhat inept) ghost-hunting team. But Cass herself can REALLY see ghosts. In fact, her best friend, Jacob, just happens to be one.
When The Inspectres head to ultra-haunted Edinburgh, Scotland, for their new TV show, Cass—and Jacob—come along. In Scotland, Cass is surrounded by ghosts, not all of them friendly. Then she meets Lara, a girl who can also see the dead. But Lara tells Cassidy that as an In-betweener, their job is to send ghosts permanently beyond the Veil. Cass isn’t sure about her new mission, but she does know the sinister Red Raven haunting the city doesn’t belong in her world. Cassidy’s powers will draw her into an epic fight that stretches through the worlds of the living and the dead, in order to save herself.

That’s Not What Happened by Kody Keplinger

It’s been three years since the Virgil County High School Massacre. Three years since my best friend, Sarah, was killed in a bathroom stall during the mass shooting. Everyone knows Sarah’s story–that she died proclaiming her faith. But it’s not true.  I know because I was with her when she died. I didn’t say anything then, and people got hurt because of it. Now Sarah’s parents are publishing a book about her, so this might be my last chance to set the record straight . . . but I’m not the only survivor with a story to tell about what did–and didn’t–happen that day. Except Sarah’s martyrdom is important to a lot of people, people who don’t take kindly to what I’m trying to do. And the more I learn, the less certain I am about what’s right. I don’t know what will be worse: the guilt of staying silent or the consequences of speaking up . . .

Read-EH-Thon is a Canadian themed read-a-thon that is taking place from July 1st-8th! I hope to take part and read a few books by some Canadian authors! To learn more about Read-EH-Thon, click here! 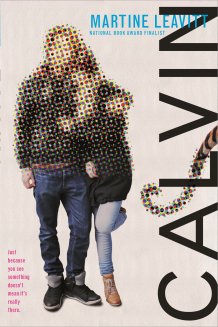 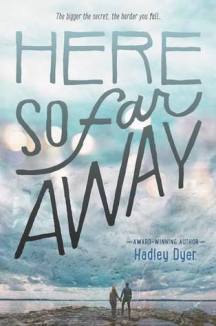 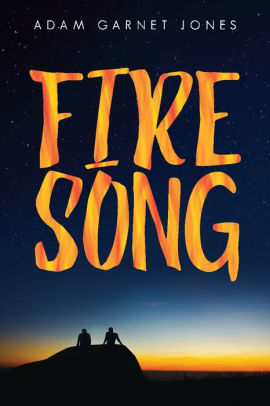 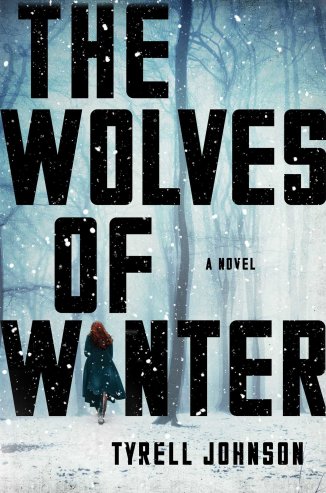 Where does a young boy turn when his whole world suddenly disappears? What turns two brothers from an unstoppable team into a pair of bitterly estranged loners? How does the simple-hearted care of one middle-aged nurse reveal the scars of an entire community, and can anything heal the wounds caused by a century of deception? Award-winning cartoonist Jeff Lemire pays tribute to his roots with Essex County, an award-winning trilogy of graphic novels set in an imaginary version of his hometown, the eccentric farming community of Essex County, Ontario, Canada. In Essex County, Lemire crafts an intimate study of one community through the years, and a tender meditation on family, memory, grief, secrets, and reconciliation. With the lush, expressive inking of a young artist at the height of his powers, Lemire draws us in and sets us free. This new edition collects the complete, critically-acclaimed trilogy (Tales from the Farm, Ghost Stories, and The Country Nurse) in one deluxe volume! Also included are over 40-pages of previously unpublished material, including two new stories.

As a child, Calvin felt an affinity with the comic book character from Bill Watterson’s Calvin & Hobbes. He was born on the day the last strip was published; his grandpa left a stuffed tiger named Hobbes in his crib; and he even had a best friend named Susie. Then Calvin’s mom washed Hobbes to death, Susie grew up beautiful and stopped talking to him, and Calvin pretty much forgot about the strip—until now. Now he is seventeen years old and has been diagnosed with schizophrenia. Hobbes is back, as a delusion, and Calvin can’t control him. Calvin decides that Watterson is the key to everything—if he would just make one more comic strip, but without Hobbes, Calvin would be cured. Calvin and Susie (is she real?) and Hobbes (he can’t be real, can he?) set out on a dangerous trek across frozen Lake Erie to track down Watterson.

Here So Far Away by Hadley Dyer

Feisty and fearless George Warren (given name: Frances, but no one calls her that) has never let life get too serious. Now that she’s about to be a senior, her plans include partying with her tight-knit group of friends and then getting the heck out of town after graduation. But instead of owning her last year of high school, a fight with her best friend puts her on the outs of their social circle.  If that weren’t bad enough, George’s family has been facing hard times since her father, a police sergeant, got injured and might not be able to return to work, which puts George’s college plans in jeopardy. So when George meets Francis, an older guy who shares her name and her affinity for sarcastic banter, she’s thrown. If she lets herself, she’ll fall recklessly, hopelessly in love. But because of Francis’s age, she tells no one—and ends up losing almost everything, including herself. This is a gorgeous, atmospheric, and gut-wrenching novel that readers won’t soon forget.

Shane is still reeling from the suicide of his kid sister, Destiny. How could he have missed the fact that she was so sad? He tries to share his grief with his girlfriend, Tara, but she’s too concerned with her own needs to offer him much comfort. What he really wants is to be able to turn to the one person on the rez whom he loves—his friend, David. Things go from bad to worse as Shane’s dream of going to university is shattered and his grieving mother withdraws from the world. Worst of all, he and David have to hide their relationship from everyone. Shane feels that his only chance of a better life is moving to Toronto, but David refuses to join him. When yet another tragedy strikes, the two boys have to make difficult choices about their future together. With deep insight into the life of Indigenous people on the reserve, this book masterfully portrays how a community looks to the past for guidance and comfort while fearing a future of poverty and shame. Shane’s rocky road to finding himself takes many twists and turns, but ultimately ends with him on a path that doesn’t always offer easy answers, but one that leaves the reader optimistic about his fate.

The Wolves Of Winter by Tyrell Johnson

Forget the old days. Forget summer. Forget warmth. Forget anything that doesn’t help you survive. Lynn McBride has learned much since society collapsed in the face of nuclear war and the relentless spread of disease. As memories of her old life haunt her, she has been forced to forge ahead in the snow-covered Canadian Yukon, learning how to hunt and trap to survive. But her fragile existence is about to be shattered. Shadows of the world before have found her tiny community—most prominently in the enigmatic figure of Jax, who sets in motion a chain of events that will force Lynn to fulfill a destiny she never imagined.

There you have it! My TBR Goals for the month of July! What do you plan to read this month?!