Wow. Is it really already March? I have an upcoming vacation in March that I feel like I’ve been waiting forever for and now it’s almost here! Before I leave, I wanted to quickly share with you the books that I am the most excited about that will be released in March of 2018! Here is a list of all of the book s that I can’t wait to pick up this upcoming month! 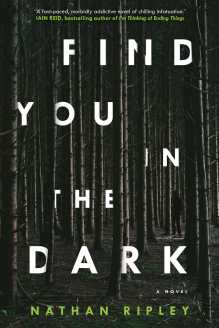 The Place Between Breaths by An Na

Sixteen-year-old Grace is in a race against time—and in a race for her life—even if she doesn’t realize it yet…She is smart, responsible, and contending with more than what most teens ever have to. Her mother struggled with schizophrenia for years until, one day, she simply disappeared—fleeing in fear that she was going to hurt herself or those she cared about. Ever since, Grace’s father has worked as a recruiter at one of the leading labs dedicated to studying the disease, trying to lure the world’s top scientists to the faculty to find a cure, hoping against hope it can happen in time to help his wife if she is ever found. But this makes him distant. Consumed. Grace, in turn, does her part, interning at the lab in the gene sequencing department in hopes that one day they might make a breakthrough…and one day they do. Grace stumbles upon a string of code that could be the key. But something inside of Grace has started to unravel. Could her discovery just be a cruel side effect of the schizophrenia finally taking hold? Can she even tell the difference between what is real and what isn’t?

Find You In The Dark by Nathan Ripley

Martin Reese has a hobby: he digs up murder victims. He buys stolen police files on serial killers, and uses them to find and dig up missing bodies. Calls in the results anonymously, taunting the police for their failure to do their job. Detective Sandra Whittal takes that a little personally. She’s suspicious of the mysterious caller, who she names the Finder. Maybe he’s the one leaving the bodies behind. If not, who’s to say he won’t start soon? As Whittal begins to zero in on the Finder, Martin makes a shocking discovery. It seems someone—someone lethal—is very unhappy about the bodies he’s been digging up. Hunted by a cop, hunted by a killer. To escape and keep his family safe, Martin may have to go deeper into the world of murder than he ever imagined.

Shane is still reeling from the suicide of his kid sister, Destiny. How could he have missed the fact that she was so sad? He tries to share his grief with his girlfriend, Tara, but she’s too concerned with her own needs to offer him much comfort. What he really wants is to be able to turn to the one person on the rez whom he loves—his friend, David. Things go from bad to worse as Shane’s dream of going to university is shattered and his grieving mother withdraws from the world. Worst of all, he and David have to hide their relationship from everyone. Shane feels that his only chance of a better life is moving to Toronto, but David refuses to join him. When yet another tragedy strikes, the two boys have to make difficult choices about their future together. With deep insight into the life of Indigenous people on the reserve, this book masterfully portrays how a community looks to the past for guidance and comfort while fearing a future of poverty and shame. Shane’s rocky road to finding himself takes many twists and turns, but ultimately ends with him on a path that doesn’t always offer easy answers, but one that leaves the reader optimistic about his fate. 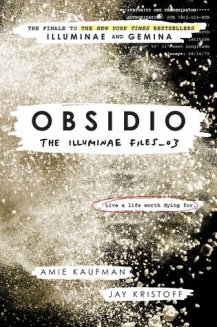 A Possibility of Whales by Karen Rivers

Twelve-year-old Natalia Rose Baleine Gallagher loves possibilities: the possibility that she’ll see whales on the beach near her new home, the possibility that the trans­gender boy she just met will become her new best friend, the possibility that the paparazzi hounding her celebrity father won’t force them to move again. Most of all, Nat dreams of the possibility that her faraway mother misses her, loves her, and is just waiting for Nat to find her. But how can Nat find her mother if she doesn’t even know who she is? She abandoned Nat as a baby, and Nat’s dad refuses to talk about it. Nat knows she shouldn’t need a mom, but she still feels like something is missing, and her questions lead her on a journey of self-discovery that will change her life forever.

Obsidio (The Illuminae Files #3) by Amie Kaufman and Jay Kristoff

Kady, Ezra, Hanna, and Nik narrowly escaped with their lives from the attacks on Heimdall station and now find themselves crammed with 2,000 refugees on the container ship, Mao. With the jump station destroyed and their resources scarce, the only option is to return to Kerenza—but who knows what they’ll find seven months after the invasion? Meanwhile, Kady’s cousin, Asha, survived the initial BeiTech assault and has joined Kerenza’s ragtag underground resistance. When Rhys—an old flame from Asha’s past—reappears on Kerenza, the two find themselves on opposite sides of the conflict. With time running out, a final battle will be waged on land and in space, heros will fall, and hearts will be broken.

When Marvin Johnson’s twin, Tyler, goes to a party, Marvin decides to tag along to keep an eye on his brother. But what starts as harmless fun turns into a shooting, followed by a police raid. The next day, Tyler has gone missing, and it’s up to Marvin to find him. But when Tyler is found dead, a video leaked online tells an even more chilling story: Tyler has been shot and killed by a police officer. Terrified as his mother unravels and mourning a brother who is now a hashtag, Marvin must learn what justice and freedom really mean.