Some of you may remember when I wrote weekly updates called Weekly Catch Up! I kind of stopped writing those posts towards the end of the year as life just got way to hectic and I had to cut some of my weekly blog posts. Now that things have calmed down a little though, I think it’s safe to come back and try to consistently write some sort of weekly wrap up again! I’ve changed the name this time around though! It’s time for a new start!

Let’s see, what have you missed since I last wrote a life update? Well, I did get two new tattoos and I am absolutely in love with both of them. One is a reference to A Clockwork Orange which is one of my favourite books and films of all time. The other is based off of a figurine I found while I was in Japan of a skeleton reading a book. It’s seriously just so me. I found a really amazing tattoo shop / tattoo artist in Toronto and he was just so amazing throughout the whole thing. It was my biggest tattoo to date and he was just so kind and wonderful!

In other news, I think I may have mentioned my upcoming vacation in a previous weekly wrap up, but it’s now finally getting real. We booked this trip in September and we both felt as though we’d be waiting forever before we finally got to leave! We still have a little while to wait as we don’t leave until March, but I absolutely cannot wait! Seoul is going to be absolutely amazing, I can already feel it. As you know, I became obsessed with Kpop last year, but thanks to my obsession, I learned more about the culture and Seoul instantly became a place I knew I needed to visit. And because we’ll be so close to Japan, we’re going to be going back! When I went last year, we only had enough time to explore Tokyo, but this time we’ll be heading to Kyoto and Osaka! I absolutely cannot wait! 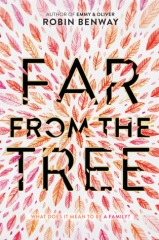 My reading year has started out well so far in terms of reading! Everything I have read so far has been a 4 star book or higher which is absolutely amazing. I’ve read The Inexplicable Logic of My Life by Benjamin Alire Sáenz, Far From The Tree by Robin Benway, Horimiya Vol.1 by Hero & Please Ignore Vera Dietz by A.S. King. I highly recommend giving these books a read! 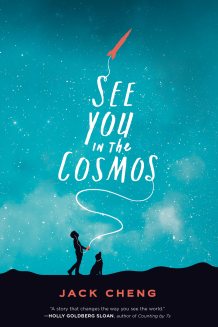 See You in the Cosmos by Jack Cheng

I’m currently reading Thunderhead (Arc Of A Scythe #2) by Neal Shusterman which was one of my most highly anticipated new releases of 2018! I absolutely loved Scythe and, while I’m only about halfway through Thunderhead, I’m LOVING it so far. I’m also currently reading See You In The Cosmos by Jack Cheng! Again, I’m not very far into this one, but man oh man I can already tell it’s going to give me a bad case of the feels. I’ve also started reading Meet Cute, but I’m only reading one short story at a time and sometimes weeks apart from one another. I’ll finish it eventually, but it just might take me a little longer than normal! 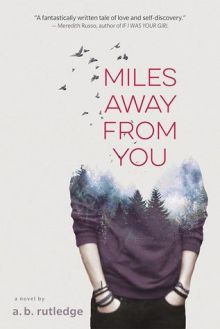 I cannot wait to pick up As You Wish by Chelsea Sedotti, Miles Away From You by A.B. Rutledge & Emergency Contact by Mary H.K. Choi. Because the two latter titles’ release dates coincide with my trip, I’ll need to read these two ARCs in advance so my reviews can be scheduled while I’m away!

Hmm, I can’t recall the last movies that I talked about, but I haven’t really watched many lately. The holidays have been nuts and didn’t really allow me to have a lot of free time. I think the last film I saw in theatres was Thor: Ragnarok so…might be time to head back soon! I totally have plans to see Black Panther in theatres though. Oh my gosh do those trailers ever look amazing! I absolutely cannot wait for that one! I also would love to watch some of the Golden Globe nominated film as I didn’t really see much of them.

One thing I did squeeze in some time for was television shows during the winter holiday break! I was able to watch The End Of The F***ing World in one sitting and I really enjoyed it! I loved the humour and the writing. However, there is animal cruelty featured in a few episodes so I warn you to proceed with caution. My sister also got me to watch a few episodes of Black Mirror! Now, I’ve literally only seen 3 episodes so no spoilers please, but I really did enjoy the ones that I watched! She chose Crocodile, Hang The DJ & Shut Up and Dance for me to watch and I really did enjoy each episode! I also binged Dark TWICE, but I can’t remember if I talked about that already or not.

This also wouldn’t be a wrap up post by me if it didn’t include a little bit of Kpop right?! I binged the entire JYP survival series: Stray Kids. The second I heard Hellevator, I knew I was going to like this group so I decided to watch the series that formed them. While I had every intention of watching the episodes as they aired, I definitely did not and ended up binging the entire series after it had aired completely. Nothing really got spoiled for me though and this show was definitely an emotional rollercoaster. I cried…and I don’t cry.

This Is Us also just started up again so I’m definitely going to try hard to keep up with that one this time around as I fell behind a little last year and had to binge to catch up. Riverdale is also coming back this week and I hope to also keep on top of that this time as well. Other than that, I’m not really watching anything else religiously or binging anything at the moment.

I really really really can’t wait for the new HBO series: Here And Now! This just seems like something that I’m absolutely going to LOVE.

Song Of The Week – Grrr 총량의 법칙 by Stray Kids

These kids are just too talented. This is the product of the show I mentioned above and man oh man. These kids deserve the whole world.