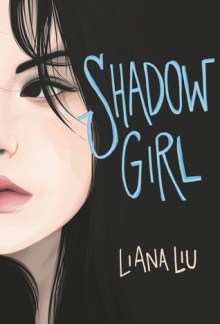 The house on Arrow Island is full of mystery. Yet when Mei arrives, she can’t help feeling relieved. She’s happy to spend the summer in an actual mansion tutoring a rich man’s daughter if it means a break from her normal life—her needy mother, her delinquent brother, their tiny apartment in the city. And Ella Morison seems like an easy charge, sweet and well behaved. What Mei doesn’t know is that something is very wrong in the Morison household. Though she tries to focus on her duties, Mei becomes increasingly distracted by the family’s problems and her own complicated feelings for Ella’s brother, Henry. But most disturbing of all are the unexplained noises she hears at night—the howling and thumping and cries. Mei is a sensible girl. She isn’t superstitious; she doesn’t believe in ghosts. Yet she can’t shake her fear that there is danger lurking in the shadows of this beautiful house, a darkness that could destroy the family inside and out… and Mei along with them.

Ten years ago, college student Quincy Carpenter went on vacation with five friends and came back alone, the only survivor of a horror movie–scale massacre. In an instant, she became a member of a club no one wants to belong to—a group of similar survivors known in the press as the Final Girls. Lisa, who lost nine sorority sisters to a college dropout’s knife; Sam, who went up against the Sack Man during her shift at the Nightlight Inn; and now Quincy, who ran bleeding through the woods to escape Pine Cottage and the man she refers to only as Him. The three girls are all attempting to put their nightmares behind them, and, with that, one another. Despite the media’s attempts, they never meet. Now, Quincy is doing well—maybe even great, thanks to her Xanax prescription. She has a caring almost-fiancé, Jeff; a popular baking blog; a beautiful apartment; and a therapeutic presence in Coop, the police officer who saved her life all those years ago. Her memory won’t even allow her to recall the events of that night; the past is in the past. That is, until Lisa, the first Final Girl, is found dead in her bathtub, wrists slit, and Sam, the second, appears on Quincy’s doorstep. Blowing through Quincy’s life like a whirlwind, Sam seems intent on making Quincy relive the past, with increasingly dire consequences, all of which makes Quincy question why Sam is really seeking her out. And when new details about Lisa’s death come to light, Quincy’s life becomes a race against time as she tries to unravel Sam’s truths from her lies, evade the police and hungry reporters, and, most crucially, remember what really happened at Pine Cottage, before what was started ten years ago is finished.

A Stranger In The House by Shari LaPena

Karen and Tom Krupp are happy—they’ve got a lovely home in upstate New York, they’re practically newlyweds, and they have no kids to interrupt their comfortable life together. But one day, Tom returns home to find Karen has vanished—her car’s gone and it seems she left in a rush. She even left her purse—complete with phone and ID—behind. There’s a knock on the door—the police are there to take Tom to the hospital where his wife has been admitted. She had a car accident, and lost control as she sped through the worst part of town. The accident has left Karen with a concussion and a few scrapes. Still, she’s mostly okay—except that she can’t remember what she was doing or where she was when she crashed. The cops think her memory loss is highly convenient, and they suspect she was up to no good. Karen returns home with Tom, determined to heal and move on with her life. Then she realizes something’s been moved. Something’s not quite right. Someone’s been in her house. And the police won’t stop asking questions. Because in this house, everyone’s a stranger. Everyone has something they’d rather keep hidden. Something they might even kill to keep quiet. 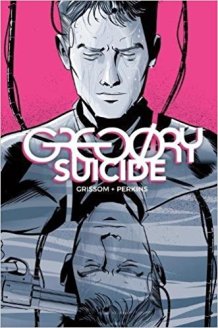 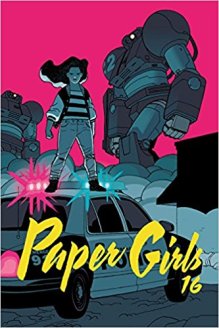 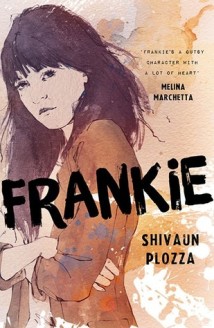 Obsolete AI program Gregory wakes in a newly cloned body to a world now unfamiliar to him and is haunted by the memories of his past lives, each one ending in death by his own hand. On the path to discovering the truth about himself, Gregory slips into the trenches of two opposing forces who want to exploit him. In the end, he must take down an AI revolution before it wipes out humanity, and the key to doing so may only lie in the strange visions he has between life and death.

The mind-bending, time-warping adventure from BRIAN K. VAUGHAN and CLIFF CHIANG continues, as intrepid newspaper deliverer Tiffany is launched from the prehistoric past into the year 2000! In this harrowing version of our past, Y2K was even more of a cataclysm than experts feared, and the only person who can save the future is a 12-year-old girl from 1988.

Frankie Vega is angry. Just ask the guy whose nose she broke. Or the cop investigating the burglary she witnessed, or her cheating ex-boyfriend or her aunt who’s tired of giving second chances…When a kid shows up claiming to be Frankie’s half brother, it opens the door to a past she doesn’t want to remember. And when that kid goes missing, the only person willing to help is a boy with stupidly blue eyes … and secrets of his own. Frankie’s search for the truth might change her life, or cost her everything. 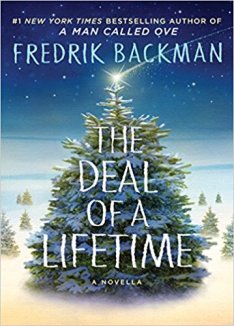 The First Fifteen Lives of Harry August by Claire North

No matter what he does or the decisions he makes, when death comes, Harry always returns to where he began, a child with all the knowledge of a life he has already lived a dozen times before. Nothing ever changes. Until now. As Harry nears the end of his eleventh life, a little girl appears at his bedside. ‘I nearly missed you, Doctor August,’ she says. ‘I need to send a message.’ This is the story of what Harry does next, and what he did before, and how he tries to save a past he cannot change and a future he cannot allow.

The Deal Of A Lifetime: A Novella by Fredrik Backman

It all begins with a father telling a story to his son on Christmas Eve. But this isn’t your typical Christmas story. The father admits to his son that he’s taken a life but he won’t say whose—not yet. One week earlier, in a hospital late at night, the man met a five-year-old girl with cancer. She’s a smart kid—smart enough to know that she won’t beat cancer by drawing with crayons all day, but it seems to make the adults happy, so she keeps doing it. As the man tells his son about this plucky little girl, he slowly reveals more about himself: while he may be a successful businessman, idolized by the media and his peers, he knows he failed as a parent. Overwhelmed by the responsibility of fatherhood, he took the easy way out and left his wife and little boy twenty years ago to pursue professional success. Now he is left wondering if it’s too late to forge a relationship with his son, who seems to be his opposite in every way—prizing happiness over money, surrounded by loving friends in a cozy town where he feels right at home. Face to face with the idea that something is missing, the man is given the unexpected chance to do something selfless that could change the destiny of the little girl in the hospital bed. But before he can make the deal of a lifetime, he needs to find out what his own life has actually been worth in the eyes of his son. And so, he seeks him out and tells him this story…

The 11th Hour by Kristine Scarrow

One day, after weeks of secret planning, seventeen-year-old Annika Dietty leaves home at dawn to run away with her boyfriend, the charming and popular Dylan Sopick. She tried telling her friends and family how amazing Dylan is, but seeing as they all seem set against the relationship, she’s decided their only chance is to run away together. But not everything goes according to plan, and Dylan seems to be having more and more trouble dealing with every obstacle they encounter. At first Annika is sympathetic, knowing that he’s had a harder life than she has, but very soon Dylan’s behaviour becomes unsettling, and Annika realizes that her safety is at stake. She finally admits to herself that Dylan needs help she can’t provide. She wants to get him to help — if she’ll get the chance.

There you have it! All of the books that I have recently added to  my Goodreads TBR list! What new books have you discovered this month?!