It was relatively quiet for me this week as I didn’t do much after work or even this weekend. The only notable thing (which was super notable and exciting) was that I got to see Green Day live on Friday night! They’re one of the only bands from my teenaged years that I hadn’t seen live yet so it was extremely exciting to finally have been able to see them preform! They were amazing! They’re such great performers and their interaction with the crowd was phenomenal. I’m so glad I decided to go! My voice however is completely ruined and I’m sounding extremely raspy from all the screaming and singing along!

Recently Finished: The Upside Of Unrequited by Becky Albertalli

It was a slower week for me reading-wise. I’ve been neglecting my current reads lately, but I did manage to finish one fantastic book…The Upside Of Unrequited by Becky Albertalli! This book has been on my TBR for a while now and I only finally picked up the ARC I received way back at the Indigo Spring YA Preview! It was such a fantastic read and I’m kind of glad I waited for the hype to die down before I picked it up! My review will be out soon so stay tuned for that! I have also recently finished reading On The Spectrum by Jennifer Gold, an ARC I read as part of #ARCAugust! I wasn’t sure how I was going to feel about this one to be honest, but it turns out that I really enjoyed it! I was worried that the romance would take over the autism representation, but it didn’t which was amazing. Stay tuned for a full review coming in September!

I’m currently reading Fireworks by Katie Cotugno, another ARC that I received at the Indigo Spring YA Preview. Again, this one isn’t really blowing me away and it’s pretty unrealistic so we’ll see how I feel about it once I’m done.

Next Up: A Map For Wrecked Girls by Jessica Taylor & We Now Return To Regular Life by Matthew Wilson

Up next I plan on reading A Map For Wrecked Girls by Jessica Taylor, another ARC that I plan to put towards my ARC August goal. I’m also really eager to pick up We Now Return To Regular Life which I picked up not too long ago. It has a synopsis that really intrigues me so I’d love to be able to pick that one up soon!

I haven’t watched any new films this week, but I’m hoping to maybe watch something on Netflix or maybe pick up one of the blurays I’ve picked up recently but have neglected to watch. 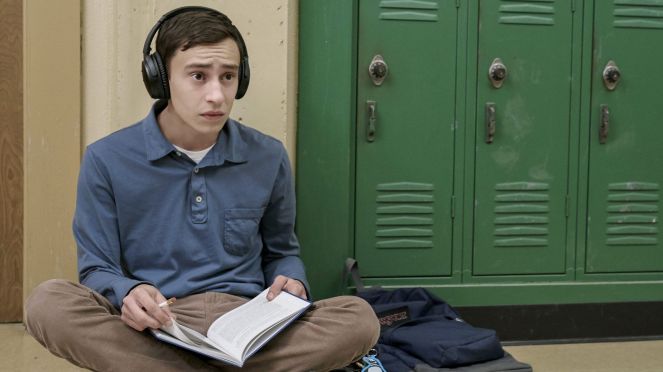 At 11 PM one night, I decided to watch the first episode of Netflix’s new original series Atypical. I had the intention of watching only the first episode, but it was only a half hour long so I decided to continue watching. 4 hours later and I had watched the whole series in one shot. There were only 8 episodes at 30 minutes each so it was pretty easy to blast through. I really enjoyed this series and I hope to have a full review coming your way soon! I also finished watching the season finale of Shadowhunters. I still have no idea why I’ve been keeping up with this one. It’s really not that great…but I can’t stop.

I’m still making my way through the great Sailor Moon re-watch of 2017. I won’t lie to you though…I’ve kind of taken a little break for now. I’m also still on top of the new Game Of Thrones episodes and oh my god this season is phenomenal. I’m LOVING it.

No surprise, it’s still K-POP! I’m trying to prep myself for seeing TaeYang live at the end of this month! He also just released a new album a couple of days ago and this song has been stuck in my head.

There you have it, my wrap up for the week! What have you do/read/watch/listen to recently?