Wow. This book was amazing. Super fast paced while also dealing with some really dark and hard hitting topics. It was so beautifully written and it felt like it came straight from the heart of the author. This is definitely one that’s worth checking out.

“Troubled.” That’s seventeen-year-old Genesis according to her small New Jersey town. She finds refuge and stability in her relationship with her boyfriend, Peter—until he abandons her at a Planned Parenthood clinic during their appointment to terminate an unwanted pregnancy. The betrayal causes Gen to question everything. As Gen pushes herself forward to find her new identity without Peter, she must also confront her most painful memories. Through the lens of an ongoing four act play within the novel, the fantasy of their undying love unravels line by line, scene by scene. Digging deeper into her past while exploring the underground theater world of New York City, she rediscovers a long-forgotten dream. But it’s when Gen lets go of her history, the one she thinks she knows, that she’s finally able to embrace the complicated, chaotic true story of her life, and take center stage.

The Hard Hitting Topics. Saying that this book deals with a lot of topics is an understatement. From abortion to drugs to suicide and religion. At time it definitely felt like a lot, but we’ll get into that a little later. What I liked about how this book dealt with all of these hard hitting topics was that it did so unapologetically. The author didn’t look down on anyone and she talked about everything without judgement. Aftercare Instructions is definitely a very heavy kind of contemporary novel.

Fast Pace. This book was super fast paced and a very quick read. I listened to it as an audiobook and while it said it was 6 hours long it felt even shorter than that. It was written so beautifully and with just the right amount of detail and description to keep it moving at a great pace.

Felt True & Real. There was something about this book that felt very truthful and as though the author write it straight from the heart. Upon reading the acknowledgements at the end of the novel, it seems as though Aftercare Instructions and its themes are very personal for the author. I think that fact alone helped contribute to how real and raw this book was.

Formatting. Aftercare Instructions had pretty unique formatting as the flashback scenes were written as acts in a play while the scenes that take place in the present are written as an Aftercare Instruction as those found in a pamphlet after any medical procedure/surgery. I really enjoyed this aspect as both of these themes (even though pretty different from one another) both fit into this story and its main character.

Too Much Too Quick. As mentioned above, Aftercare Instructions deals with a lot of heavy topics and at times it almost felt like too much too quickly. I didn’t mind all of these themes being covered, but the story itself takes place over the course of like 2-3 weeks max and I just found it slightly hard to believe that everything that happened could have happened so quickly.

Overall, Aftercare Instructions was a very hard hitting and emotional novel. I really enjoyed reading it and I can’t wait to see what Bonnie Pipkin releases next! 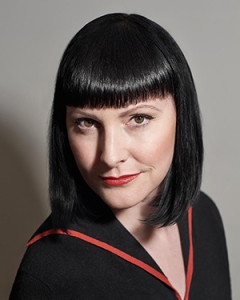