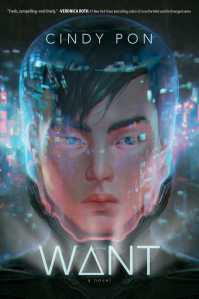 Want has been on my most anticipated list since I heard about earlier this year and I’m so happy that I managed to find the time to read it! I find it really hard to find science fiction stories that are the right for me. I love sci-fi, but I think I prefer watching it in the form of television and film rather than reading it. However, when I find one that I know I would absolutely love reading, I’ve hit the jackpot! Want was one of those stories for me!

Jason Zhou survives in a divided society where the elite use their wealth to buy longer lives. The rich wear special suits that protect them from the pollution and viruses that plague the city, while those without suffer illness and early deaths. Frustrated by his city’s corruption and still grieving the loss of his mother, who died as a result of it, Zhou is determined to change things, no matter the cost. With the help of his friends, Zhou infiltrates the lives of the wealthy in hopes of destroying the international Jin Corporation from within. Jin Corp not only manufactures the special suits the rich rely on, but they may also be manufacturing the pollution that makes them necessary. Yet the deeper Zhou delves into this new world of excess and wealth, the more muddled his plans become. And against his better judgment, Zhou finds himself falling for Daiyu, the daughter of Jin Corp’s CEO. Can Zhou save his city without compromising who he is or destroying his own heart?

The setting. Not only was it refreshing to read a story that takes place in Taiwan, an island/country that I have never been to or read about before, but it also takes place in the not-too-unrealistic near future. Want features a futuristic Taiwan that is dealing with extreme pollution. The pollution has gotten so bad that those who aren’t rich enough to afford protective suits will most likely die by the time they reach age 40. Those who are rich enough to afford these special suits created by Jin Corporation ignore the fact that the world is dying because they’re rich enough to be able to ignore the problem and live comfortably. Sadly, this doesn’t seem all that far fetched which makes this setting memorable and slightly unsettling.

Own Voices rep. Want features Taiwanese characters living in Taipei written by a Chinese American author making it a diverse own voices story. I love seeing representation of different cultures and people within the stories that I read. I have never read a story that takes place in Taiwan, nor have I read a story that features Taiwanese characters. Having books that contain a variety of different characters is so important considering there are a variety of different readers. I hope to read more stories like Want in the future!

The cover. Um, can we talk about this cover for a minute? I know you aren’t supposed to judge a book by it’s cover, but I won’t lie, one of the biggest reasons I picked up this book in the first place was because of the beautiful front cover! The subtle cool colours together with the portrait of our main character Jason Zhou was just too perfect to go unnoticed.

The pacing. There was something about the pacing that felt a little off for me personally. The story started off strong and really fast paced and then all of the sudden it just hit a bit of a lull. I’m not sure if this was more just me and my inability to concentrate and stay focused, but I found that about halfway through the book, I kept putting it down after reading a couple of pages to watch a youtube video or do something else because I was starting to feel a little bored. The story itself was exciting and entertaining, but there were just certain moments that dragged a little.

Overall, I absolutely loved Want! While this first novel ended strong and even though it definitely could have worked as a stand-alone, I’m really excited for a sequel. I would love to find out how the world changes based on the events of this first book and how the characters adapt. I can’t wait to continue with this story! 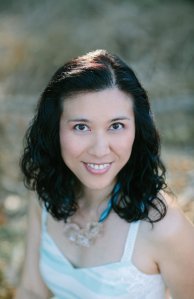 I’m addicted to twitter and bad reality television. And some good ones too, like Project Runway. Silver Phoenix and Fury of the Phoenix, my two young adult fantasies from Greenwillow Books are available now! My first published short story, “Blue Skies”, is also available in the Diverse Energies anthology (Tu Books). Serpentine, the first book of my second Xia duology was released September 2015, published by Month9Books. Sacrifice, the sequel, is out September 2016. WANT, my near-future thriller set in Taipei will be released by Simon Pulse Summer 2017! A children’s picture book with my chinese brush art is also in the works! I’m represented by Bill Contardi of Brandt & Hochman. When I’m not writing or painting, I like to read, daydream, travel, eat and watch films in the theatre. I am a new hobbyist in reef keeping and have an 8g saltwater tank that I spend much time on and adore. I love pastries, americanos and Taiwanese food! I’m the co-founder of Diversity in YA with Malinda Lo and part of the We Need Diverse Books advisory board.