Usually when I post these “Most Anticipated” blog posts, I always talk about how the previous month went by so fast, but honestly…it feels like it’s been a while this time. I’m not sure why that is considering I’ve been forever busy, but anyway…here we are with a brand new Most Anticipated list featuring books that will be released during the month of July! Enjoy! 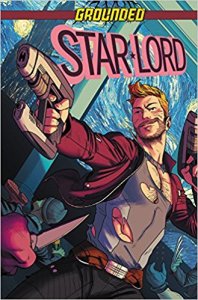 Peter Quill might have been born on Earth, but he’s been away a long time. And now that the Guardians of the Galaxy have gone and got themselves stranded on terra firma, how does a man go from soaring through the stars as the legendary Star-Lord, to living with his feet planted firmly on the ground? What kind of job options are available for a guy whose résumé mostly consists of “guarding the galaxy”? One thing is certain: Earth has a new guardian. Also, a new bartender. 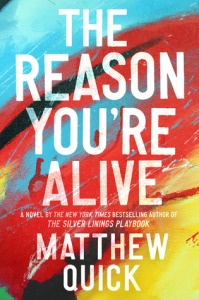 After sixty-eight-year-old David Granger crashes his BMW, medical tests reveal a brain tumor that he readily attributes to his wartime Agent Orange exposure. He wakes up from surgery repeating a name no one in his civilian life has ever heard—that of a Native American soldier whom he was once ordered to discipline. David decides to return something precious he long ago stole from the man he now calls Clayton Fire Bear. It might be the only way to find closure in a world increasingly at odds with the one he served to protect. It might also help him finally recover from his wife’s untimely demise. As David confronts his past to salvage his present, a poignant portrait emerges: that of an opinionated and goodhearted American patriot fighting like hell to stay true to his red, white, and blue heart, even as the country he loves rapidly changes in ways he doesn’t always like or understand. Hanging in the balance are Granger’s distant art-dealing son, Hank; his adoring seven-year-old granddaughter, Ella; and his best friend, Sue, a Vietnamese-American who respects David’s fearless sincerity.

Because You Love To Hate Me: 13 Tales of Villainy by Multiple Authors

In this unique YA anthology, thirteen acclaimed, bestselling authors team up with thirteen influential BookTubers to reimagine fairy tales from the oft-misunderstood villains’ points of view. These fractured, unconventional spins on classics like “Medusa,” Sherlock Holmes, and “Jack and the Beanstalk” provide a behind-the-curtain look at villains’ acts of vengeance, defiance, and rage–and the pain, heartbreak, and sorrow that spurned them on. No fairy tale will ever seem quite the same again! 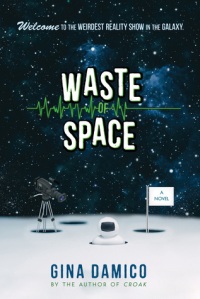 Waste of Space by Gina Damico

Cram ten hormonal teens into a spaceship and blast off: that’s the premise for the ill-conceived reality show Waste of Space. The kids who are cast know everything about drama—and nothing about the fact that the production is fake. Hidden in a desert warehouse, their spaceship replica is equipped with state-of-the-art special effects dreamed up by the scientists partnering with the shady cable network airing the show. And it’s a hit! Millions of viewers are transfixed. But then, suddenly, all communication is severed. Trapped and paranoid, the kids must figure out what to do when this reality show loses its grip on reality.

The Art Of Starving by Sam J. Miller

Matt hasn’t eaten in days. His stomach stabs and twists inside, pleading for a meal. But Matt won’t give in. The hunger clears his mind, keeps him sharp—and he needs to be as sharp as possible if he’s going to find out just how Tariq and his band of high school bullies drove his sister, Maya, away. Matt’s hardworking mom keeps the kitchen crammed with food, but Matt can resist the siren call of casseroles and cookies because he has discovered something: the less he eats the more he seems to have . . . powers. The ability to see things he shouldn’t be able to see. The knack of tuning in to thoughts right out of people’s heads. Maybe even the authority to bend time and space.  So what is lunch, really, compared to the secrets of the universe? Matt decides to infiltrate Tariq’s life, then use his powers to uncover what happened to Maya. All he needs to do is keep the hunger and longing at bay. No problem. But Matt doesn’t realize there are many kinds of hunger… and he isn’t in control of all of them.

The Last Magician by Lisa Maxwell

In modern day New York, magic is all but extinct. The remaining few who have an affinity for magic—the Mageus—live in the shadows, hiding who they are. Any Mageus who enters Manhattan becomes trapped by the Brink, a dark energy barrier that confines them to the island. Crossing it means losing their power—and often their lives. Esta is a talented thief, and she’s been raised to steal magical artifacts from the sinister Order that created the Brink. With her innate ability to manipulate time, Esta can pilfer from the past, collecting these artifacts before the Order even realizes she’s there. And all of Esta’s training has been for one final job: traveling back to 1902 to steal an ancient book containing the secrets of the Order—and the Brink—before the Magician can destroy it and doom the Mageus to a hopeless future. But Old New York is a dangerous world ruled by ruthless gangs and secret societies, a world where the very air crackles with magic. Nothing is as it seems, including the Magician himself. And for Esta to save her future, she may have to betray everyone in the past.

There you have it! All of the books that I am excited about that will be released throughout the month of July 2017! What are you most excited about? Have I missed anything?!