So today’s Top 10 Tuesday is pretty straightforward. Today we’ll be highlighting the books that we are the most excited about that will be released during the second half of this year. 2017 has been an amazing year for new book releases and we’re only half way through! Let’s take a look at what I’m the most excited for that will be released during the rest of the year. 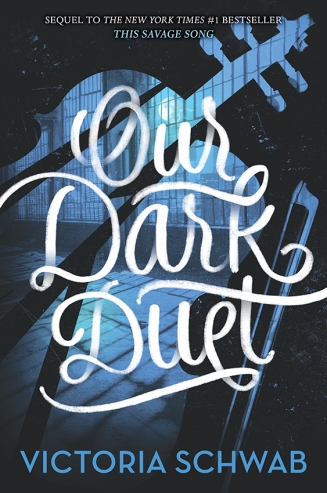 Our Dark Duet by Victoria Schwab

Kate Harker is a girl who isn’t afraid of the dark. She’s a girl who hunts monsters. And she’s good at it. August Flynn is a monster who can never be human, no matter how much he once yearned for it. He’s a monster with a part to play. And he will play it, no matter the cost. Nearly six months after Kate and August were first thrown together, the war between the monsters and the humans is terrifying reality. In Verity, August has become the leader he never wished to be, and in Prosperity, Kate has become the ruthless hunter she knew she could be. When a new monster emerges from the shadows—one who feeds on chaos and brings out its victim’s inner demons—it lures Kate home, where she finds more than she bargained for. She’ll face a monster she thought she killed, a boy she thought she knew, and a demon all her own.

Jason Zhou survives in a divided society where the elite use their wealth to buy longer lives. The rich wear special suits, protecting them from the pollution and viruses that plague the city, while those without suffer illness and early deaths. Frustrated by his city’s corruption and still grieving the loss of his mother who died as a result of it, Zhou is determined to change things, no matter the cost. With the help of his friends, Zhou infiltrates the lives of the wealthy in hopes of destroying the international Jin Corporation from within. Jin Corp not only manufactures the special suits the rich rely on, but they may also be manufacturing the pollution that makes them necessary. Yet the deeper Zhou delves into this new world of excess and wealth, the more muddled his plans become. And against his better judgment, Zhou finds himself falling for Daiyu, the daughter of Jin Corp’s CEO. Can Zhou save his city without compromising who he is, or destroying his own heart? 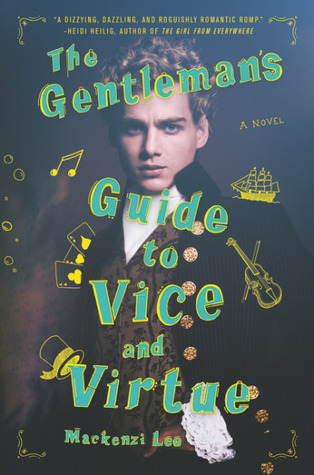 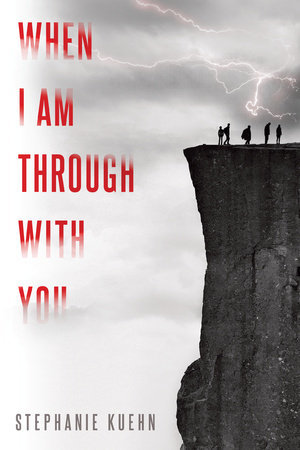 The Gentleman’s Guide To Vice and Virtue by Mackenzi Lee

Henry “Monty” Montague was born and bred to be a gentleman, but he was never one to be tamed. The finest boarding schools in England and the constant disapproval of his father haven’t been able to curb any of his roguish passions—not for gambling halls, late nights spent with a bottle of spirits, or waking up in the arms of women or men. But as Monty embarks on his grand tour of Europe, his quest for a life filled with pleasure and vice is in danger of coming to an end. Not only does his father expect him to take over the family’s estate upon his return, but Monty is also nursing an impossible crush on his best friend and traveling companion, Percy. Still it isn’t in Monty’s nature to give up. Even with his younger sister, Felicity, in tow, he vows to make this yearlong escapade one last hedonistic hurrah and flirt with Percy from Paris to Rome. But when one of Monty’s reckless decisions turns their trip abroad into a harrowing manhunt that spans across Europe, it calls into question everything he knows, including his relationship with the boy he adores.

When I Am Through With You by Stephanie Keuhn

“This isn’t meant to be a confession. Not in any spiritual sense of the word. Yes, I’m in jail at the moment. I imagine I’ll be here for a long time, considering. But I’m not writing this down for absolution and I’m not seeking forgiveness, not even from myself. Because I’m not sorry for what I did to Rose. I’m just not. Not for any of it.” Ben Gibson is many things, but he’s not sorry and he’s not a liar. He will tell you exactly about what happened on what started as a simple school camping trip in the mountains. About who lived and who died. About who killed and who had the best of intentions. But he’s going to tell you in his own time. Because after what happened on that mountain, time is the one thing he has plenty of. 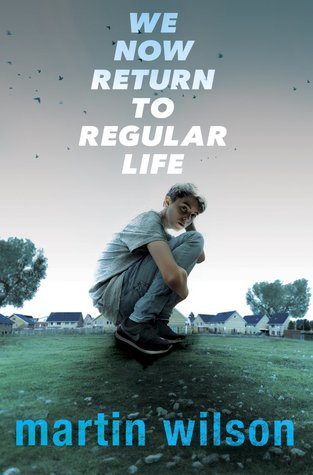 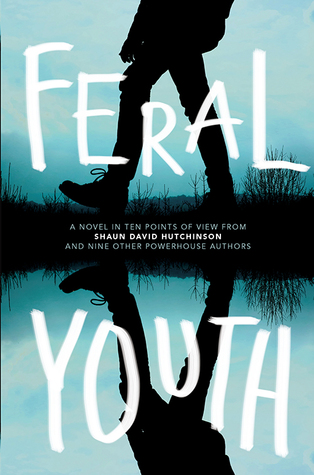 We Now Return to Regular Life by Martin Wilson

Sam Walsh had been missing for three years. His older sister, Beth, thought he was dead. His childhood friend Josh thought it was all his fault. They were the last two people to see him alive. Until now. Because Sam has been found, and he’s coming home. Beth desperately wants to understand what happened to her brother, but her family refuses to talk about it—even though Sam is clearly still affected by the abuse he faced at the hands of his captor. And as Sam starts to confide in Josh about his past, Josh can’t admit the truths he’s hidden deep within himself: that he’s gay, and developing feelings for Sam. And, even bigger: that he never told the police everything he saw the day Sam disappeared. As Beth and Josh struggle with their own issues, their friends and neighbors slowly turn on Sam, until one night when everything explodes. Beth can’t live in silence. Josh can’t live with his secrets. And Sam can’t continue on until the whole truth of what happened to him is out in the open.

At Zeppelin Bend, an outdoor education program designed to teach troubled youth the value of hard work, cooperation, and compassion, ten teens are left alone in the wild. The teens are a diverse group who come from all walks of life, and they were all sent to Zeppelin Bend as a last chance to get them to turn their lives around. They’ve just spent nearly two weeks learning to survive in the wilderness, and now their instructors have dropped them off eighteen miles from camp with no food, no water, and only their packs, and they’ll have to struggle to overcome their vast differences if they hope to survive. 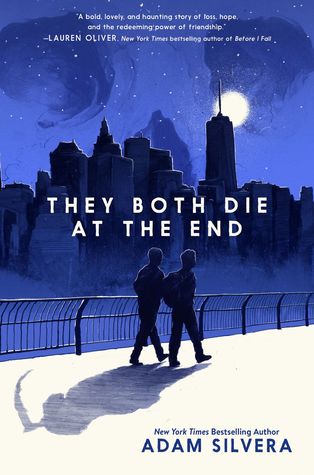 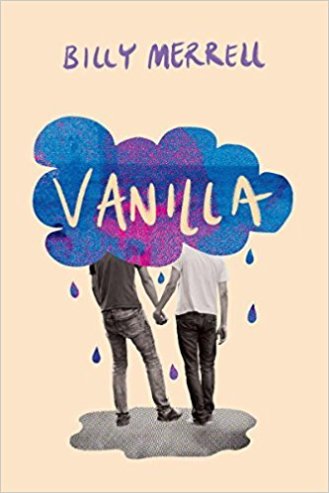 They Both Die At The End by Adam Silvera

When Mateo receives the dreaded call from Death-Cast, informing him that today will be his last, he doesn’t know where to begin. Quiet and shy, Mateo is devastated at the thought of leaving behind his hospitalised father, and his best friend and her baby girl. But he knows that he has to make the most of this day, it’s his last chance to get out there and make an impression. Rufus is busy beating up his ex-girlfriend’s new boyfriend when he gets the call. Having lost his entire family, Rufus is no stranger to Death-Cast. Not that it makes it any easier. With bridges to mend, the police searching for him and the angry new boyfriend on his tail, it’s time to run. Isolated and scared, the boys reach out to each other, and what follows is a day of living life to the full. Though neither of them had expected that this would involve falling in love…

Hunter and Van become boyfriends before they’re even teenagers, and stay a couple even when adolescence intervenes. But in high school, conflict arises — mostly because Hunter is much more comfortable with the sex part of sexual identity. As the two boys start to realize that loving someone doesn’t guarantee they will always be with you, they find out more about their own identities — with Hunter striking out on his own while Van begins to understand his own asexuality. 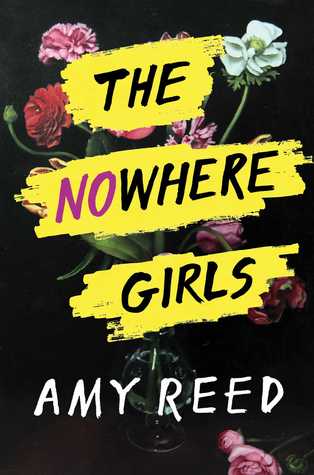 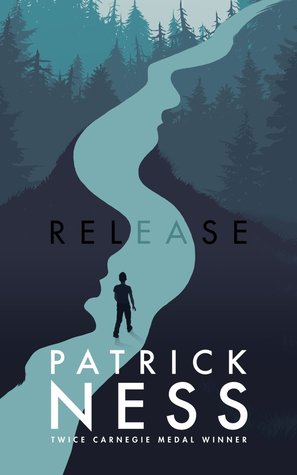 The Nowhere Girls by Amy Reed

Three misfits come together to avenge the rape of a fellow classmate and in the process trigger a change in the misogynist culture at their high school transforming the lives of everyone around them in this searing and timely story. Who are the Nowhere Girls? They’re everygirl. But they start with just three: Grace Salter is the new girl in town, whose family was run out of their former community after her southern Baptist preacher mom turned into a radical liberal after falling off a horse and bumping her head. Rosina Suarez is the queer punk girl in a conservative Mexican immigrant family, who dreams of a life playing music instead of babysitting her gaggle of cousins and waitressing at her uncle’s restaurant. Erin Delillo is obsessed with two things: marine biology and Star Trek: The Next Generation, but they aren’t enough to distract her from her suspicion that she may in fact be an android. When Grace learns that Lucy Moynihan, the former occupant of her new home, was run out of town for having accused the popular guys at school of gang rape, she’s incensed that Lucy never had justice. For their own personal reasons, Rosina and Erin feel equally deeply about Lucy’s tragedy, so they form an anonymous group of girls at Prescott High to resist the sexist culture at their school, which includes boycotting sex of any kind with the male students.

Adam Thorn is having what will turn out to be the most unsettling, difficult day of his life, with relationships fracturing, a harrowing incident at work, and a showdown between this gay teen and his preacher father that changes everything. It’s a day of confrontation, running, sex, love, heartbreak, and maybe, just maybe, hope. He won’t come out of it unchanged. And all the while, lurking at the edges of the story, something extraordinary and unsettling is on a collision course.

7 thoughts on “#Top10Tuesday: Most Anticipated Books For The Second Half of 2017”