It’s time for another Top 10 Tuesday!!! For those of you who don’t know, Top 10 Tuesday is a weekly meme hosted by the folks over at The Broke and the Bookish! This week we are asked to talk about anything within the theme of covers. I decided to feature books that I bought solely for the fact that I loved their covers. The catch is…I still haven’t read them yet…oops. 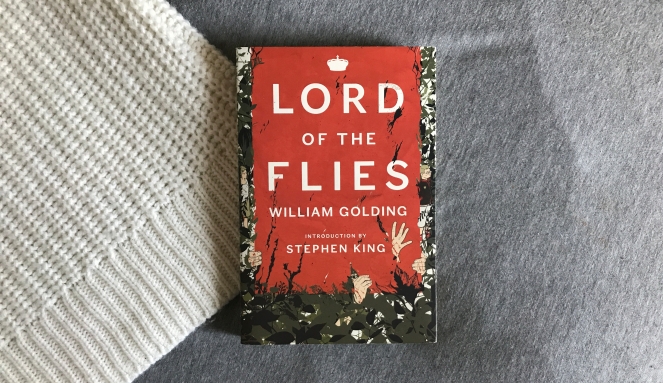 Lord Of The Flies by William Golding

When a plane crashes on a remote island, a small group of schoolboys are the sole survivors. From the prophetic Simon and virtuous Ralph to the lovable Piggy and brutish Jack, each of the boys attempts to establish control as the reality – and brutal savagery – of their situation sets in. The boys’ struggle to find a way of existing in a community with no fixed boundaries invites readers to evaluate the concepts involved in social and political constructs and moral frameworks. Ideas of community, leadership, and the rule of law are called into question as the reader has to consider who has a right to power, why, and what the consequences of the acquisition of power may be. Often compared to Catcher in the Rye, Lord of the Flies also represents a coming-of-age story of innocence lost. 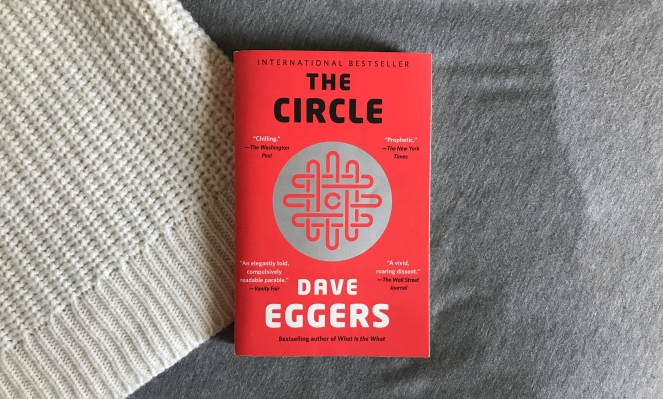 The Circle by Dave Eggers

When Mae Holland is hired to work for the Circle, the world’s most powerful internet company, she feels she’s been given the opportunity of a lifetime. The Circle, run out of a sprawling California campus, links users’ personal emails, social media, banking, and purchasing with their universal operating system, resulting in one online identity and a new age of civility and transparency. As Mae tours the open-plan office spaces, the towering glass dining facilities, the cozy dorms for those who spend nights at work, she is thrilled with the company’s modernity and activity. There are parties that last through the night, there are famous musicians playing on the lawn, there are athletic activities and clubs and brunches, and even an aquarium of rare fish retrieved from the Marianas Trench by the CEO. Mae can’t believe her luck, her great fortune to work for the most influential company in America – even as life beyond the campus grows distant, even as a strange encounter with a colleague leaves her shaken, even as her role at the Circle becomes increasingly public. What begins as the captivating story of one woman’s ambition and idealism soon becomes a heart-racing novel of suspense, raising questions about memory, history, privacy, democracy, and the limits of human knowledge. 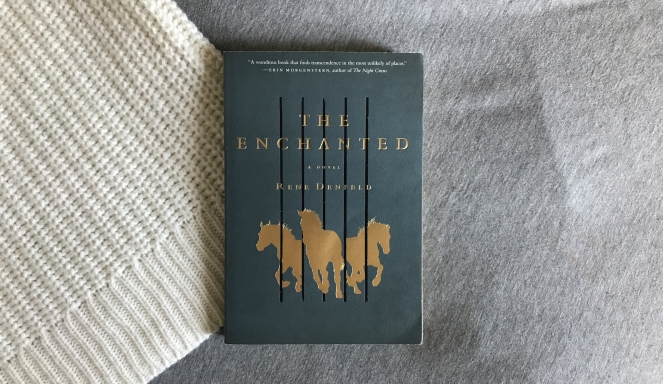 The Enchanted by Rene Denfeld

The enchanted place is an ancient stone prison, viewed through the eyes of a death row inmate who finds escape in his books and in re-imagining life around him, weaving a fantastical story of the people he observes and the world he inhabits. Fearful and reclusive, he senses what others cannot. Though bars confine him every minute of every day, he marries magical visions of golden horses running beneath the prison, heat flowing like molten metal from their backs, with the devastating violence of prison life. Two outsiders venture here: a fallen priest, and the Lady, an investigator who searches for buried information from prisoners’ pasts that can save those soon-to-be-executed. Digging into the background of a killer named York, she uncovers wrenching truths that challenge familiar notions of victim and criminal, innocence and guilt, honor and corruption-ultimately revealing shocking secrets of her own. 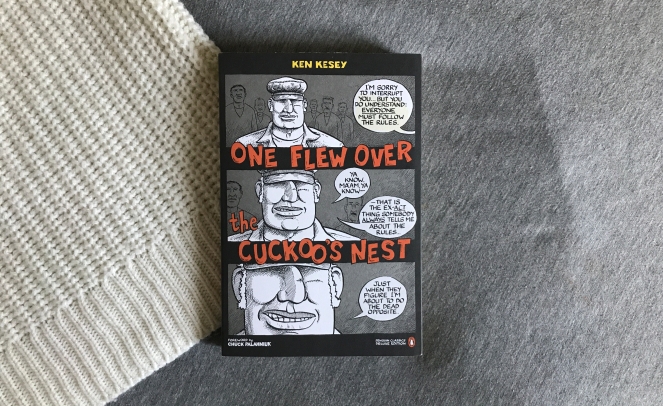 Boisterous, ribald, and ultimately shattering, Ken Kesey’s 1962 novel has left an indelible mark on the literature of our time. Now in a new deluxe edition with a foreword by Chuck Palahniuk and cover by Joe Sacco, here is the unforgettable story of a mental ward and its inhabitants, especially the tyrannical Big Nurse Ratched and Randle Patrick McMurphy, the brawling, fun-loving new inmate who resolves to oppose her. We see the struggle through the eyes of Chief Bromden, the seemingly mute half-Indian patient who witnesses and understands McMurphy’s heroic attempt to do battle with the powers that keep them all imprisoned. 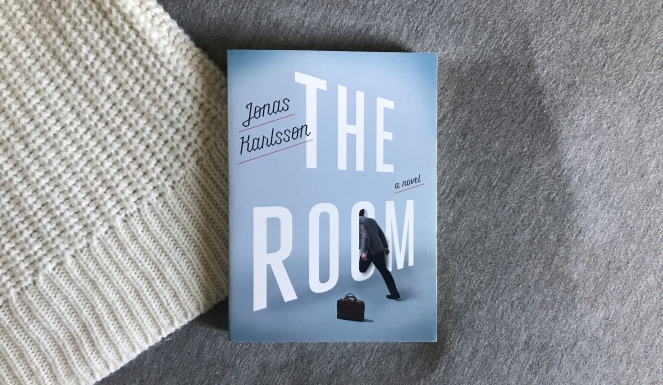 The Room by Jonas Karlsson

Bjorn is a compulsive, exacting bureaucrat who discovers a secret room at the government office where he works–a secret room that no one else in his office will acknowledge. When Bjorn is in his room, what his coworkers see is him standing by the wall and staring off into space looking dazed, relaxed, and decidedly creepy. Bjorn’s bizarre behavior eventually leads his coworkers to try to have him fired, but Bjorn will turn the tables on them with help from his secret room. 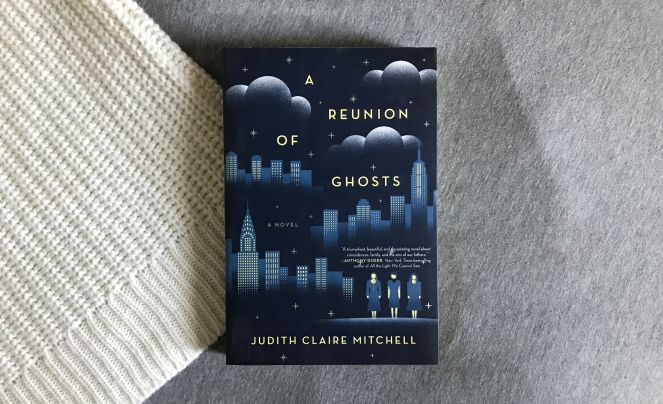 A Reunion Of Ghosts by Judith Claire Mitchell

A Reunion of Ghosts is the shared confessional of three sisters who have decided to kill themselves at the end of the 20th century, honoring the dark legacy that has haunted their extraordinary family for decades. How do three sisters write a single suicide note? In the waning days of 1999, the Alter sisters—Lady, Vee, and Delph—finalize their plans to end their lives. Their reasons are not theirs alone; they are the last in a long line of Alters who have killed themselves, beginning with their great-grandmother, the wife of a Jewish Nobel Prize-winning chemist who developed the first poison gas used in World War I and the lethal agent used in Third Reich gas chambers. The chemist himself, their son Richard, and Richard’s children all followed suit. The childless sisters also define themselves by their own bad luck. Lady, the oldest, never really resumed living after her divorce. Vee is facing cancer’s return. And Delph, the youngest, is resigned to a spinster’s life of stifled dreams. But despite their pain they love each other fiercely, and share a darkly brilliant sense of humor. As they gather in the ancestral Upper West Side apartment to close the circle of the Alter curse, an epic story about four generations of one family—inspired in part by the troubled life of German-Jewish Fritz Haber, Nobel Prize winner and inventor of chlorine gas—unfolds. A Reunion of Ghosts is a tale of fate and blood, sin and absolution; partly a memoir of sisters unified by a singular burden, partly an unflinching eulogy of those who have gone before, and above all a profound commentary on the events of the 20th century. 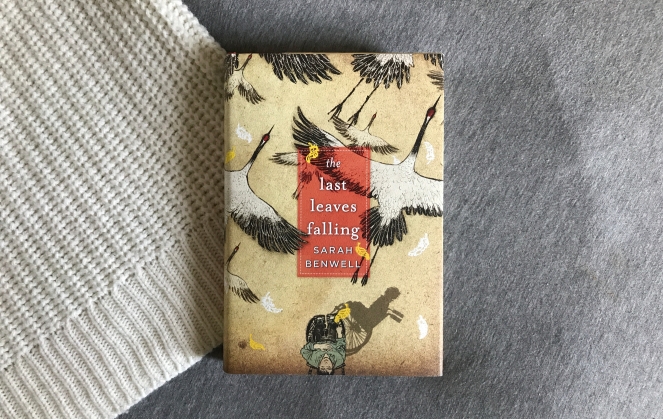 Japanese teenager, Sora, is diagnosed with ALS (Lou Gehrig’s disease). Lonely and isolated, Sora turns to the ancient wisdom of the samurai for guidance and comfort. But he also finds hope in the present; through the internet he finds friends that see him, not just his illness. This is a story of friendship and acceptance, and testing strength in an uncertain future. 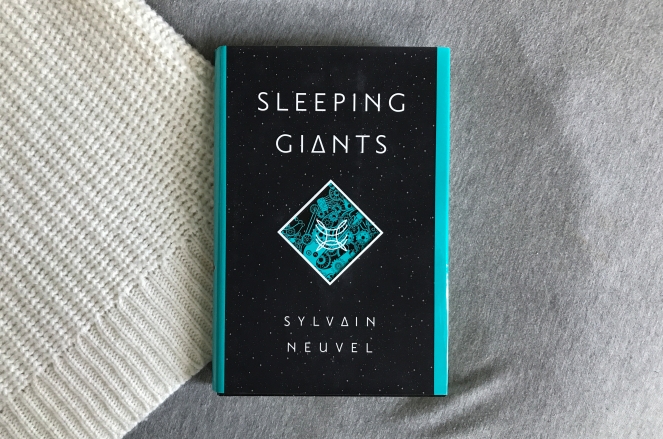 A girl named Rose is riding her new bike near her home in Deadwood, South Dakota, when she falls through the earth. She wakes up at the bottom of a square hole, its walls glowing with intricate carvings. But the firemen who come to save her peer down upon something even stranger: a little girl in the palm of a giant metal hand. Seventeen years later, the mystery of the bizarre artifact remains unsolved—its origins, architects, and purpose unknown. Its carbon dating defies belief; military reports are redacted; theories are floated, then rejected. But some can never stop searching for answers. Rose Franklin is now a highly trained physicist leading a top secret team to crack the hand’s code. And along with her colleagues, she is being interviewed by a nameless interrogator whose power and purview are as enigmatic as the provenance of the relic. What’s clear is that Rose and her compatriots are on the edge of unraveling history’s most perplexing discovery—and figuring out what it portends for humanity. But once the pieces of the puzzle are in place, will the result prove to be an instrument of lasting peace or a weapon of mass destruction? 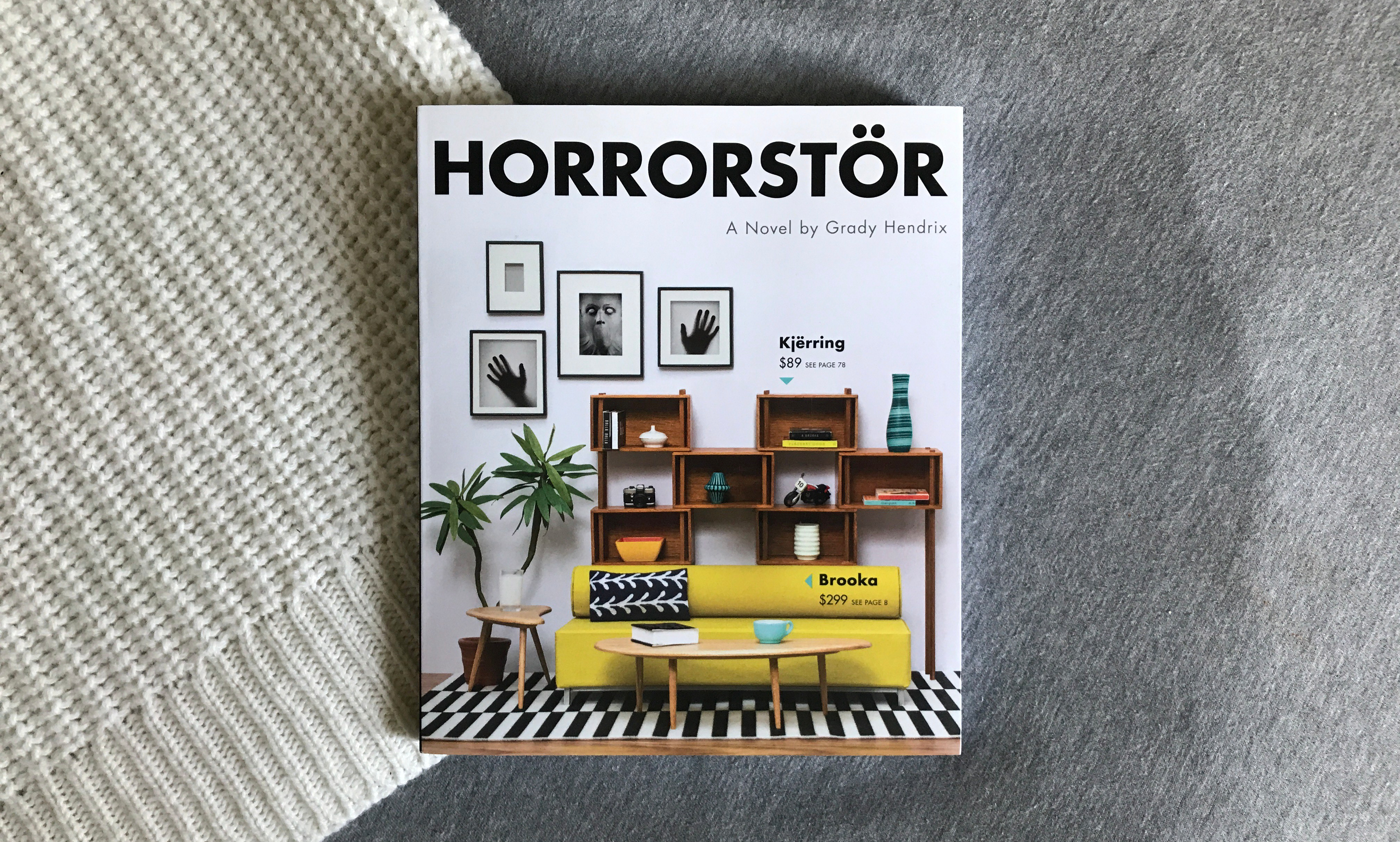 Something strange is happening at the Orsk furniture superstore in Cleveland, Ohio. Every morning, employees arrive to find broken Kjerring bookshelves, shattered Glans water goblets, and smashed Liripip wardrobes. Sales are down, security cameras reveal nothing, and store managers are panicking. To unravel the mystery, three employees volunteer to work a nine-hour dusk-till-dawn shift. In the dead of the night, they’ll patrol the empty showroom floor, investigate strange sights and sounds, and encounter horrors that defy the imagination. A traditional haunted house story in a thoroughly contemporary setting, Horrorstör comes packaged in the form of a glossy mail order catalog, complete with product illustrations, a home delivery order form, and a map of Orsk’s labyrinthine showroom. 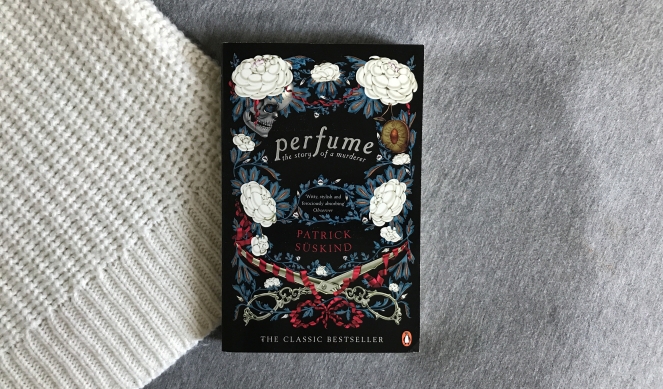 Pefume: The Story Of  A Murderer by Patrick Süskind

In the slums of eighteenth-century France, the infant Jean-Baptiste Grenouille is born with one sublime gift: an absolute sense of smell. As a boy, he lives to decipher the odors of Paris, and apprentices himself to a prominent perfumer who teaches him the ancient art of mixing precious oils and herbs. But Grenouille’s genius is such that he is not satisfied to stop there, and he becomes obsessed with capturing the smells of objects such as brass doorknobs and frest-cut wood. Then one day he catches a hint of a scent that will drive him on an ever-more-terrifying quest to create the “ultimate perfume”—the scent of a beautiful young virgin.

There you have it! Books I bought based on my love for their covers that I still haven’t read yet! Which one of these do you recommend I read first?

10 thoughts on “#Top10Tuesday: Cover Buys I Haven’t Read Yet”