*Disclaimer: A Copy of Just Fly Away by Andrew McCarthy was provided to me by Thomas Allen & Son in exchange for an honest review. This does not effect my opinion in any way.

When I first heard the Andrew McCarthy was going to be releasing a young adult novel, I was instantly excited. I love Andrew McCarthy as an actor and I was extremely excited to read his debut novel. This was all before I even read the synopsis.

The synopsis is definitely intriguing and made me want to read the story even more. However, once I started reading I slowly started to realize that this book just wasn’t for me. Unfortunately, the writing just wasn’t doing it for me. It felt very bland and basic and I found myself starting to skim through it. I couldn’t connect with any of the characters and the relationship that started forming between another character and Lucy felt almost un-needed. I was hoping the story would concentrate more on the family dynamic between Lucy and her parents, but 100 pages in and it focused more on Lucy pissed of and ignoring her parents while also having a fling with her friend’s brother.

As I decided with my 2017 new year resolutions, life is too short to read something that you just aren’t feeling. I try to always push myself to at least 100 pages into a book that I’m not really enjoying in hopes that maybe it will redeem itself. Unfortunately, that wasn’t the case with Just Fly Away and I had to put it down.

Maybe I’ll come back to it one day in the future, but for now it’s time to move on. 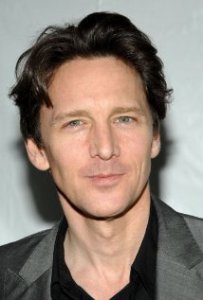 Andrew McCarthy is a director, an award winning travel writer, and—of course—an actor. He made his professional début at 19 in Class, and has appeared in dozens of films, including such iconic movies as Pretty in Pink, St. Elmo’s Fire, Less Then Zero, and cult favorites Weekend At Bernie’s and Mannequin.

He has starred on Broadway and on television, most recently appearing in The Family, on ABC. McCarthy is also a highly regarded television director; having helmed Orange is the New Black, The Blacklist, Grace and Frankie, and many others.

Simultaneously, McCarthy is an award winning travel writer. He is an editor-at-large at National Geographic Traveler, and has written for The New York Times, The Wall Street Journal, The Los Angeles Times, The Atlantic, Travel+Leisure, AFAR, Men’s Journal, Bon Appetit, and many others. He has received six Lowell Thomas awards, and been named Travel Journalist of the Year by The Society of American Travel Writers.

His travel memoir, THE LONGEST WAY HOME, became a New York Times Best Seller, and the Financial Times of London named it one of the Best Books of the year. He served as guest editor for the prestigious Best American Travel series in 2015.

His debut novel, JUST FLY AWAY, will be published by Algonquin in the spring of 2017.

3 thoughts on “#Review: Just Fly Away by Andrew McCarthy”