*Disclaimer: A copy of Goodbye Days by Jeff Zentner was provided to me by Crown Books For Young Readers via NetGalley in exchange for an honest review. This does not affect my opinion in any way.

“Funny how people move through this world leaving little pieces of their story with the people they meet, for them to carry. Makes you wonder what’d happen if all those people put their puzzle pieces together.”

This book broke me. I don’t know what I was expecting from the guy that wrote The Serpent King (another book that broke me.) It’s just so good and important and heartbreaking yet uplifting. Does that make any sense at all? Let me try and break down my thoughts with this review.

What if you could spend one last day with someone you lost? One day Carver Briggs had it all—three best friends, a supportive family, and a reputation as a talented writer at his high school, Nashville Academy for the Arts. The next day he lost it all when he sent a simple text to his friend Mars, right before Mars, Eli, and Blake were killed in a car crash. Now Carver can’t stop blaming himself for the accident, and he’s not the only one. Eli’s twin sister is trying to freeze him out of school with her death-ray stare. And Mars’s father, a powerful judge, is pressuring the district attorney to open a criminal investigation into Carver’s actions. Luckily, Carver has some unexpected allies: Eli’s girlfriend, the only person to stand by him at school; Dr. Mendez, his new therapist; and Blake’s grandmother, who asks Carver to spend a Goodbye Day with her to share their memories and say a proper goodbye to his friend. Soon the other families are asking for a Goodbye Day with Carver, but he’s unsure of their motives. Will they all be able to make peace with their losses, or will these Goodbye Days bring Carver one step closer to a complete breakdown or—even worse—prison?

The importance. First things first, Goodbye Days delivers a very important message. Texting and driving is something that I absolutely despise. It bothers me so much when I see people doing it and it bothers me even more when they do it with me in the car. I don’t know why people think they’re invincible, as if there’s no possible way something bad could ever happen to them despite the catastrophic number of incidents we hear about daily. If people could take one thing away from Goodbye Days and keep it engraved in their minds until the end of time, I would hope that it would be to never even touch your phone while you are driving. It’s about time we got a book, especially directed toward the young adult audience, that depicts the horrors of what texting and driving can lead to. Goodbye Days is important in more ways than one, but this specific message needs to be out there. It’s sad that we still have to hit people over the head with it, but I’m so glad that this book exists.

The friendships. One of the best parts about Goodbye Days is the friendships. I loved the flashbacks that show the relationship between Carver and his best friends. I loved all of the little stories and memories that Carver would talk about that related to his friends. I loved that it showed deep friendships between a group of boys, which is something I sadly don’t see too often. Not only was the friendship between the boys a highlight, but the relationships between Carver and his family as well as select family members of his friends was a beautiful touch. I just love seeing, and reading about, solid friendships within a story.

The reality. This book is realistic and that alone makes me appreciate it. It doesn’t hold back and it doesn’t sugarcoat. This book deals with the death of three characters which is a tough concept all on it’s own, but it also deals with other heavy subject matter. It deals with the aftermath. The anxiety, depression and self-blaming that Carver is dealing with. The relationships between Carver and the family members of his best friends, whether it’s Blake’s loving grandmother, Eli’s unforgiving twin sister or Mars’ harsh father. And of course, it also deals with Carver’s growing attraction to the girlfriend of one of his now deceased best friends. As mentioned, Goodbye Days does not sugarcoat anything. This book is far from light and fluffy and I truly appreciate that. It’s real and relatable and fantastic.

The writing. I pre-ordered this book before even requesting an ARC solely based on my love for The Serpent King. Jeff Zentner’s writing is beautiful. It grabs you instantly and makes you crave the rest of the story. I could not put this book down.

The representation. The diversity between each of the characters was amazing. The topic of anxiety being explored was amazing. This book managed to touch on so many stories, so many people and so many topics and yet it never felt too busy or overcrowded with information. Jeff Zentner managed to intertwine every aspect of this story perfectly.

It’s obvious isn’t it? I loved this book so much. There was nothing I didn’t like.

As you can see, Goodbye Days definitely hit me hard. It’s a book I will never forget and will probably be thinking about for many years to come. Jeff Zentner has done it again folks. 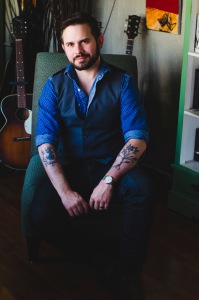 Jeff Zentner lives in Nashville, Tennessee. He came to writing through music, starting his creative life as a guitarist and eventually becoming a songwriter. He’s released five albums and appeared on recordings with Iggy Pop, Nick Cave, Warren Ellis, Thurston Moore, Debbie Harry, Mark Lanegan, and Lydia Lunch, among others. Now he writes novels for young adults. He became interested in writing for young adults after volunteering at the Tennessee Teen Rock Camp and Southern Girls Rock Camp. As a kid, his parents would take him to the library and drop him off, where he would read until closing time. He worked at various bookstores through high school and college. He speaks fluent Portuguese, having lived in the Amazon region of Brazil for two years.