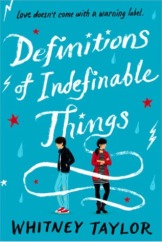 This heartbreaking, humorous novel is about three teens whose lives intersect in ways they never expected. Reggie Mason is all too familiar with “the Three Stages of Depression.” She believes she’s unlocked the secret to keeping herself safe: Nobody can hurt you if you never let them in. Reggie encounters an unexpected challenge to her misanthropy: a Twizzler-chomping, indie film-making narcissist named Snake. Snake’s presence, while reassuring, is not exactly stable—especially since his ex-girlfriend is seven months pregnant. As Reggie falls for Snake, she must decide whether it’s time to rewrite the rules that have defined her.

Eva Walker is a seventeen-year-old math genius. And if that doesn’t do wonders for her popularity, there’s another thing that makes it even worse: when she touches another person or anything that belongs to them — from clothes to textbooks to cell phones — she sees a vision of their emotions. She can read a person’s fears and anxieties, their secrets and loves … and what they have yet to learn about calculus. This is helpful for her work as a math tutor, but it means she can never get close to people. Eva avoids touching anyone and everyone. People think it’s because she’s a clean freak — with the emphasis on freak — but it’s all she can do to protect herself from other people’s issues. Then one day a new student walks into Eva’s life. His jacket gives off so much emotional trauma that she falls to the floor. Eva is instantly drawn to Zenn, a handsome and soulful artist who also has a troubled home life, and her feelings only grow when she realizes that she can touch Zenn’s skin without having visions. But when she discovers the history that links them, the truth threatens to tear the two apart.

The Upside of Unrequited by Becky Albertalli

Seventeen-year-old Molly Peskin-Suso knows all about unrequited love. No matter how many times her twin sister, Cassie, tells her to woman up, Molly can’t stomach the idea of rejection. So she’s careful. Fat girls always have to be careful. Then a cute new girl enters Cassie’s orbit, and for the first time ever, Molly’s cynical twin is a lovesick mess. Meanwhile, Molly’s totally not dying of loneliness—except for the part where she is. Luckily, Cassie’s new girlfriend comes with a cute hipster-boy sidekick. If Molly can win him over, she’ll get her first kiss and she’ll get her twin back. There’s only one problem: Molly’s coworker, Reid. He’s a chubby Tolkien superfan with a season pass to the Ren Faire, and there’s absolutely no way Molly could fall for him. Right?

Some people live their entire lives without changing their perspective. For Allison Dennis, all it takes is 180 seconds…After a life spent bouncing from one foster home to the next, Allison is determined to keep others at arm’s length. Adopted at sixteen, she knows better than to believe in the permanence of anything. But as she begins her third year in college, she finds it increasingly difficult to disappear into the white noise pouring from her earbuds. One unsuspecting afternoon, Allison is roped into a social experiment just off campus. Suddenly, she finds herself in front of a crowd, forced to interact with a complete stranger for 180 seconds. Neither she, nor Esben Baylor, the dreamy social media star seated opposite her, is prepared for the outcome. When time is called, the intensity of the experience overwhelms Allison and Esben in a way that unnerves and electrifies them both. With a push from her oldest friend, Allison embarks on a journey to find out if what she and Esben shared is the real thing—and if she can finally trust in herself, in others, and in love. 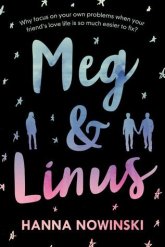 The Perfect Stranger by Megan Miranda

Confronted by a restraining order and the threat of a lawsuit, failed journalist Leah Stevens needs to get out of Boston when she runs into an old friend, Emmy Grey, who has just left a troubled relationship. Emmy proposes they move to rural Pennsylvania, where Leah can get a teaching position and both women can start again. But their new start is threatened when a woman with an eerie resemblance to Leah is assaulted by the lake, and Emmy disappears days later. Determined to find Emmy, Leah cooperates with Kyle Donovan, a handsome young police officer on the case. As they investigate her friend’s life for clues, Leah begins to wonder: did she ever really know Emmy at all? With no friends, family, or a digital footprint, the police begin to suspect that there is no Emmy Grey. Soon Leah’s credibility is at stake, and she is forced to revisit her past: the article that ruined her career. To save herself, Leah must uncover the truth about Emmy Grey—and along the way, confront her old demons, find out who she can really trust, and clear her own name. Everyone in this rural Pennsylvanian town has something to hide—including Leah herself. How do you uncover the truth when you are busy hiding your own?

Meg and Linus are best friends bound by a shared love of school, a coffee obsession, and being queer. It’s not always easy to be the nerdy lesbian or gay kid in a suburban town. But they have each other. And a few Star Trek boxed sets. They’re pretty happy. But then Sophia, Meg’s longtime girlfriend, breaks up with Meg. Linus starts tutoring the totally dreamy new kid, Danny—and Meg thinks setting them up is the perfect project to distract herself from her own heartbreak. But Linus isn’t so sure Danny even likes guys, and maybe Sophia isn’t quite as out of the picture as Meg thought she was. . . .

In a ruined, nameless city of the future, a woman named Rachel, who makes her living as a scavenger, finds a creature she names “Borne” entangled in the fur of Mord, a gigantic, despotic bear. Mord once prowled the corridors of the biotech organization known as the Company, which lies at the outskirts of the city, until he was experimented on, grew large, learned to fly and broke free. Driven insane by his torture at the Company, Mord terrorizes the city even as he provides sustenance for scavengers like Rachel. At first, Borne looks like nothing at all—just a green lump that might be a Company discard. The Company, although severely damaged, is rumoured to still make creatures and send them to distant places that have not yet suffered Collapse. Borne somehow reminds Rachel of the island nation of her birth, now long lost to rising seas. She feels an attachment she resents; attachments are traps, and in this world any weakness can kill you. Yet when she takes Borne to her subterranean sanctuary, the Balcony Cliffs, Rachel convinces her lover, Wick, not to render Borne down to raw genetic material for the drugs he sells—she cannot break that bond. Wick is a special kind of supplier, because the drug dealers in the city don’t sell the usual things. They sell tiny creatures that can be swallowed or stuck in the ear, and that release powerful memories of other people’s happier times or pull out forgotten memories from the user’s own mind—or just produce beautiful visions that provide escape from the barren, craterous landscapes of the city. Against his better judgment, out of affection for Rachel or perhaps some other impulse, Wick respects her decision. Rachel, meanwhile, despite her loyalty to Wick, knows he has kept secrets from her. Searching his apartment, she finds a burnt, unreadable journal titled “Mord,” a cryptic reference to the Magician (a rival drug dealer) and evidence that Wick has planned the layout of the Balcony Cliffs to match the blueprint of the Company building. What is he hiding? Why won’t he tell her about what happened when he worked for the Company?

North of Happy by Adi Alsaid

Carlos Portillo has always led a privileged and sheltered life. A dual citizen of Mexico and the US, he lives in Mexico City with his wealthy family where he attends an elite international school. His friends and peers-fellow rich kids-have plans to attend college somewhere in the US or Europe and someday take over their parents’ businesses. Always a rule follower and a parent pleaser, Carlos is more than happy to tread the well-worn path in front of him. He has always loved food and cooking, but his parents see it as just a hobby. When his older brother, Felix–who has dropped out of college to live a life of travel–is tragically killed, Carlos begins hearing his brother’s voice, giving him advice and pushing him to rebel against his father’s plan for him. Worrying about his mental health, but knowing the voice is right, Carlos runs away to the US and manages to secure a job with his favorite celebrity chef. As he works to improve his skills in the kitchen and pursue his dream, he begins to fall for his boss’s daughter–a fact that could end his career before it begins. Finally living for himself, Carlos must decide what’s most important to him and where his true path really lies.

And as always, thank you for reading!