Genre/Themes: Fiction, Coming Of Age, YA

Format: ARC provided by the publisher

*Disclaimer: I was provided with an ARC of The Impossible Fortress by Jason Rekulak from Simon & Schuster in exchange for an honest review. This does not influence my opinion or rating in any way.

When I had first heard about The Impossible Fortress, it sounded like something that was perfect for me. It took place in the 1980’s, it features a female character who is amazing at programming and creating video games and it seemed like a cute contemporary novel. While The Impossible Fortress did consist of all those things, there were moments that bothered me which ultimately turned this book into just an okay read for me. I didn’t love it, but I also didn’t hate it.

Billy Marvin’s first love was a computer. Then he met Mary Zelinsky. Do you remember your first love? The Impossible Fortress begins with a magazine…The year is 1987 and Playboy has just published scandalous photographs of Vanna White, from the popular TV game show Wheel of Fortune. For three teenage boys—Billy, Alf, and Clark—who are desperately uneducated in the ways of women, the magazine is somewhat of a Holy Grail: priceless beyond measure and impossible to attain. So, they hatch a plan to steal it. The heist will be fraught with peril: a locked building, intrepid police officers, rusty fire escapes, leaps across rooftops, electronic alarm systems, and a hyperactive Shih Tzu named Arnold Schwarzenegger. Failed attempt after failed attempt leads them to a genius master plan—they’ll swipe the security code to Zelinsky’s convenience store by seducing the owner’s daughter, Mary Zelinsky. It becomes Billy’s mission to befriend her and get the information by any means necessary. But Mary isn’t your average teenage girl. She’s a computer loving, expert coder, already strides ahead of Billy in ability, with a wry sense of humor and a hidden, big heart. But what starts as a game to win Mary’s affection leaves Billy with a gut-wrenching choice: deceive the girl who may well be his first love or break a promise to his best friends.

Mary Zelinsky. Who wouldn’t love a strong female character who also just happens to be wickedly amazing at programming her own video games? I really enjoyed reading about Mary and her friendship/relationship with Will. She was by far my favourite character throughout the entire novel.

The storyline. While it wasn’t the most original concept per se, The Impossible Fortress did deliver everything I had hoped it would. A young first love in a 1980’s setting? Count me in. I enjoyed reading about the progression of Will and Mary’s relationship within this story.

A slow start. This book is literally just over 300 pages. The font size is large and the chapters are short. So why did it take me over a week to read it? It started off pretty slow. I found it pretty difficult to really get in to the story until about maybe 100 pages in, a.k.a. a third of the way through the novel. Once it picked up in pace, it did turn into a faster read.

The fat-shaming. There was A LOT of it. There were moments that were just downright cruel. I get that it’s the 1980’s and things like fat-shaming were probably the norm then, but it still didn’t feel good to read about it. Throw in a crude joke about AIDS and I was pretty fed up with the “humour” within the story.

Every character except Mary Zelinsky. Yupp, every single one. The other characters just were not likable at all for me. The group of boys all pissed me off at least once throughout the novel and there was just nothing about them that made me care about them at all. While I liked the idea of a relationship between Mary and Will, I had hoped that Will’s character development would be a little better than it was by the end of the story.

The ending. Ugh. It just felt so un-needed. There’s definitely spoilers surrounding why I didn’t like the ending, so I’ll try not to go into too much detail. I loved the fact that Mary wasn’t perfect. She was considered the geeky, awkward, “chubby” girl and I loved that about her. She felt real. Then Will started to like her and I thought that was great, because clearly he liked her for who she was rather than what she looked like. Then all of that was shattered. Mary maybe isn’t that geeky, awkward, “chubby” girl and that bothered me. Why change such a great character?

Overall, The Impossible Fortress gave me everything it promised, but then it also gave me things that I wasn’t expecting…and not necessarily in the best way.

Click HERE to play the The Impossible Fortress online game! 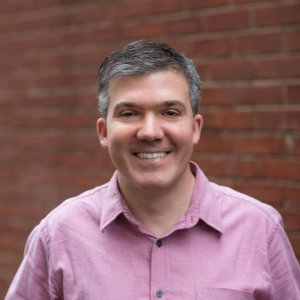 By day I am Publisher of Quirk Books, where I edit a variety of fiction and nonfiction. (This role should help to explain some of the more curious “bylines” on this Goodreads page — for ex, my credit for adapting HOME ALONE into a storybook!) Some of my all-time favorite Quirk projects include PRIDE AND PREJUDICE AND ZOMBIES by Jane Austen and Seth Grahame-Smith, MISS PEREGRINE”S HOME FOR PECULIAR CHILDREN by Ransom Riggs, and the Edgar Award winning LAST POLICEMAN trilogy by Ben H. Winters. After years of working with so many brilliant and creative people I finally took the plunge and wrote my own novel — THE IMPOSSIBLE FORTRESS — coming from Simon & Schuster in Feb 2017.

One thought on “#Review: The Impossible Fortress by Jason Rekulak”