It’s time for another Top 10 Tuesday!!! For those of you who don’t know, Top 10 Tuesday is a weekly meme hosted by the folks over at The Broke and the Bookish! This week we were gifted with a freebie which means that we could choose any topic of our choice! Today I’ve decided to highlight the books that have been on my TBR for way too long. These are books that I have owned for a long while that I still haven’t read. Hopefully I can get to these books soon!

In this classic of the 1960s, Ken Kesey’s hero is Randle Patrick McMurphy, a boisterous, brawling, fun-loving rebel who swaggers into the world of a mental hospital and takes over. A lusty, life-affirming fighter, McMurphy rallies the other patients around him by challenging the dictatorship of Nurse Ratched. He promotes gambling in the ward, smuggles in wine and women, and openly defies the rules at every turn. But this defiance, which starts as a sport, soon develops into a grim struggle, an all-out war between two relentless opponents: Nurse Ratched, back by the full power of authority, and McMurphy, who has only his own indomitable will. What happens when Nurse Ratched uses her ultimate weapon against McMurphy provides the story’s shocking climax.

To Kill A Mockingbird by Harper Lee

The unforgettable novel of a childhood in a sleepy Southern town and the crisis of conscience that rocked it, To Kill A Mockingbird became both an instant bestseller and a critical success when it was first published in 1960. It went on to win the Pulitzer Prize in 1961 and was later made into an Academy Award-winning film, also a classic. Compassionate, dramatic, and deeply moving, To Kill A Mockingbird takes readers to the roots of human behavior – to innocence and experience, kindness and cruelty, love and hatred, humor and pathos. Now with over 18 million copies in print and translated into forty languages, this regional story by a young Alabama woman claims universal appeal. Harper Lee always considered her book to be a simple love story. Today it is regarded as a masterpiece of American literature. 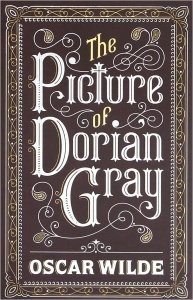 The Picture of Dorian Gray by Oscar Wilde

Written in his distinctively dazzling manner, Oscar Wilde’s story of a fashionable young man who sells his soul for eternal youth and beauty is the author’s most popular work. The tale of Dorian Gray’s moral disintegration caused a scandal when it ﬁrst appeared in 1890, but though Wilde was attacked for the novel’s corrupting inﬂuence, he responded that there is, in fact, “a terrible moral in Dorian Gray.” Just a few years later, the book and the aesthetic/moral dilemma it presented became issues in the trials occasioned by Wilde’s homosexual liaisons, which resulted in his imprisonment. Of Dorian Gray’s relationship to autobiography, Wilde noted in a letter, “Basil Hallward is what I think I am: Lord Henry what the world thinks me: Dorian what I would like to be—in other ages, perhaps.” 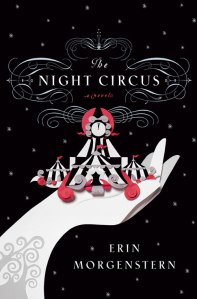 The Night Circus by Erin Morgenstern

The circus arrives without warning. No announcements precede it, no paper notices plastered on lampposts and billboards. It is simply there, when yesterday it was not. Within these nocturnal black-and-white striped tents awaits an utterly unique, a feast for the senses, where one can get lost in a maze of clouds, meander through a lush garden made of ice, stare in wonderment as the tattooed contortionist folds herself into a small glass box, and become deliciously tipsy from the scents of caramel and cinnamon that waft through the air. Welcome to Le Cirque des Rêves. Beyond the smoke and mirrors, however, a fierce competition is under way–a contest between two young illusionists, Celia and Marco, who have been trained since childhood to compete in a “game” to which they have been irrevocably bound by their mercurial masters. Unbeknownst to the players, this is a game in which only one can be left standing, and the circus is but the stage for a remarkable battle of imagination and will. As the circus travels around the world, the feats of magic gain fantastical new heights with every stop. The game is well under way and the lives of all those involved–the eccentric circus owner, the elusive contortionist, the mystical fortune-teller, and a pair of red-headed twins born backstage among them–are swept up in a wake of spells and charms. But when Celia discovers that Marco is her adversary, they begin to think of the game not as a competition but as a wonderful collaboration. With no knowledge of how the game must end, they innocently tumble headfirst into love. A deep, passionate, and magical love that makes the lights flicker and the room grow warm whenever they so much as brush hands. Their masters still pull the strings, however, and this unforeseen occurrence forces them to intervene with dangerous consequences, leaving the lives of everyone from the performers to the patrons hanging in the balance. Both playful and seductive, The Night Circus, Erin Morgenstern’s spell-casting debut, is a mesmerizing love story for the ages.

An Abundance of Katherines by John Green

When it comes to relationships, Colin Singleton’s type happens to be girls named Katherine. And when it comes to girls named Katherine, Colin is always getting dumped. Nineteen times, to be exact. On a road trip miles from home, this anagram-happy, washed-up child prodigy has ten thousand dollars in his pocket, a bloodthirsty feral hog on his trail, and an overweight, Judge Judy-loving best friend riding shotgun–but no Katherines. Colin is on a mission to prove The Theorem of Underlying Katherine Predictability, which he hopes will predict the future of any relationship, avenge Dumpees everywhere, and finally win him the girl. Love, friendship, and a dead Austro-Hungarian archduke add up to surprising and heart-changing conclusions in this ingeniously layered comic novel about reinventing oneself.

John Dies At The End by David Wong

STOP. You should not have touched this flyer with your bare hands. NO, don’t put it down. It’s too late. They’re watching you. My name is David Wong. My best friend is John. Those names are fake. You might want to change yours. You may not want to know about the things you’ll read on these pages, about the sauce, about Korrok, about the invasion, and the future. But it’s too late. You touched the book. You’re in the game. You’re under the eye. The only defense is knowledge. You need to read this book, to the end. Even the part with the bratwurst. Why? You just have to trust me. The important thing is this: The drug is called Soy Sauce and it gives users a window into another dimension. John and I never had the chance to say no. You still do. I’m sorry to have involved you in this, I really am. But as you read about these terrible events and the very dark epoch the world is about to enter as a result, it is crucial you keep one thing in mind: None of this was my fault. 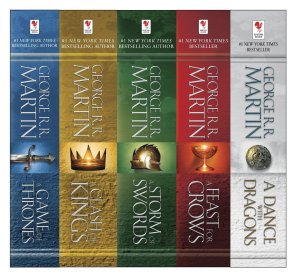 A Game Of Thrones by George R.R. Martin

Summers span decades. Winter can last a lifetime. And the struggle for the Iron Throne has begun. As Warden of the north, Lord Eddard Stark counts it a curse when King Robert bestows on him the office of the Hand. His honour weighs him down at court where a true man does what he will, not what he must … and a dead enemy is a thing of beauty. The old gods have no power in the south, Stark’s family is split and there is treachery at court. Worse, the vengeance-mad heir of the deposed Dragon King has grown to maturity in exile in the Free Cities. He claims the Iron Throne.

It’s Kind Of  A Funny Story by Ned Vizzini

Ambitious New York City teenager Craig Gilner is determined to succeed at life – which means getting into the right high school to get into the right job. But once Craig aces his way into Manhattan’s Executive Pre-Professional High School, the pressure becomes unbearable. He stops eating and sleeping until, one night, he nearly kills himself. Craig’s suicidal episode gets him checked into a mental hospital, where his new neighbors include a transsexual sex addict, a girl who has scarred her own face with scissors, and the self-elected President Armelio. There, Craig is finally able to confront the sources of his anxiety. Ned Vizzini, who himself spent time in a psychiatric hospital, has created a remarkably moving tale about the sometimes unexpected road to happiness.

She’s a fashion model who has everything: a boyfriend, a career, a loyal best friend. But when a sudden freeway “accident” leaves her disfigured and incapable of speech, she goes from being the beautiful center of attention to being an invisible monster, so hideous that no one will acknowledge that she exists. Enter Brandy Alexander, Queen Supreme, one operation away from becoming a real woman, who will teach her that reinventing yourself means erasing your past and making up something better. And that salvation hides in the last places you’ll ever want to look. In this hilarious and daringly unpredictable novel, the narrator must exact revenge upon Evie, her best friend and fellow model; kidnap Manus, her two-timing ex-boyfriend; and hit the road with Brandy in search of a brand-new past, present, and future. Changing names and stories in every city, they catapult toward a final confrontation with a rifle-toting Evie-by which time the narrator will have learned that loving and being loved are not mutually exclusive, and that nothing, on the surface, is ever quite what it seems. 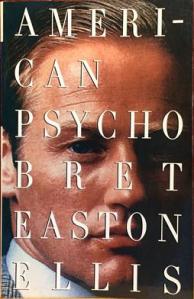 Patrick Bateman is twenty-six and he works on Wall Street, he is handsome, sophisticated, charming and intelligent. He is also a psychopath. Taking us to head-on collision with America’s greatest dream—and its worst nightmare—American Psycho is bleak, bitter, black comedy about a world we all recognise but do not wish to confront.

There you have it! The Top 10 Books That Have Been on my TBR for Way Too Long! Which book do you suggest that I read first?