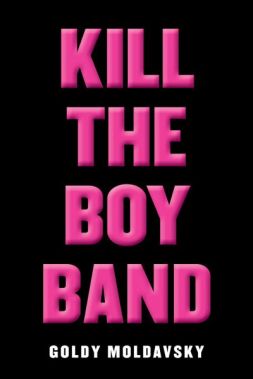 “Because the truth is, it isn’t worth loving something if you aren’t going to love it all the way.”

If you know me, you know that I hardly EVER give out ratings this low. I tend to enjoy a majority of what I choose to read…but man, I really did NOT enjoy this book at all.

Just know from the start that it wasn’t supposed to go like this. All we wanted was to get near them. That’s why we got a room in the hotel where they were staying. We were not planning to kidnap one of them. Especially not the most useless one. But we had him—his room key, his cell phone, and his secrets. We were not planning on what happened next. We swear.

The train wreck. You know when you see a car crash and you can’t help but look at it? That was kind of what this book was for me. It was bad, I wasn’t enjoying it, but it was so ridiculous that I just needed to know how the hell it was even going to end. So I guess I have to give it points for that…

The absurdity. I mean, yes, I get it. It’s fiction. It’s supposed to be unrealistic…but this was just way too far-fetched. There’s no way that after everything that happened throughout this book, there would be no repercussions. Honestly…it was just one huge cringe-fest for me.

The body shaming. There was fat-shaming unlike anything I have ever read in a YA novel throughout Kill The Boy Band. On top of that, some characters get ripped apart for the way they look in the most appalling ways. Everything just felt so petty.

The writing. It was like reading a bad *insert boy band here* fan-fiction. I have nothing against fan fiction in general. I used to read it all the time when I was younger, but this was the equivalent to a poorly written one.

The characters. They are all vile. They all do and say completely inappropriate things that made me cringe while reading it. I think we were meant to like at least two characters in this novel…but no, I despised them all.

I think one of the biggest problems here is that this book just felt way too juvenile for my particular tastes. I didn’t find any of it funny, even if it was technically supposed to be satirical. I just could not enjoy this book, no matter how hard I tried.

3 thoughts on “#Review: Kill The Boy Band by Goldy Moldavsky”