“Imagine you’re a fish, swimming in a pond. You can move forward and back, side to side, but never up out of the water. If someone were standing beside the pond, watching you, you’d have no idea they were there. To you, that little pond is an entire universe. Now imagine that someone reaches down and lifts you out of the pond. You see that what you thought was the entire world is only a small pool. You see other ponds. Trees. The sky above. You realize you’re a part of a much larger and more mysterious reality than you had ever dreamed of.”

Dark Matter is one of those books that makes you think. I mean seriously, it made my brain think in ways it has never had to think before while reading this complex yet fast-paced new novel by Blake Crouch.

“Are you happy with your life?” Those are the last words Jason Dessen hears before the masked abductor knocks him unconscious. Before he awakens to find himself strapped to a gurney, surrounded by strangers in hazmat suits. Before a man Jason’s never met smiles down at him and says, “Welcome back, my friend.”

In this world he’s woken up to, Jason’s life is not the one he knows. His wife is not his wife. His son was never born. And Jason is not an ordinary college physics professor but a celebrated genius who has achieved something remarkable–something impossible.

Is it this world or the other that’s the dream? And even if the home he remembers is real, how can Jason possibly make it back to the family he loves? The answers lie in a journey more wondrous and horrifying than anything he could’ve imagined—one that will force him to confront the darkest parts of himself even as he battles a terrifying, seemingly unbeatable foe.

So now I’m left with my thoughts. What if I had made a different choice at some point in my life many years ago and it completely altered the way I live my life today? What are all the other Marias doing right now? Excuse me while I go and contemplate all of the choices I have ever made throughout my entire lifetime. *existential crisis ensues* 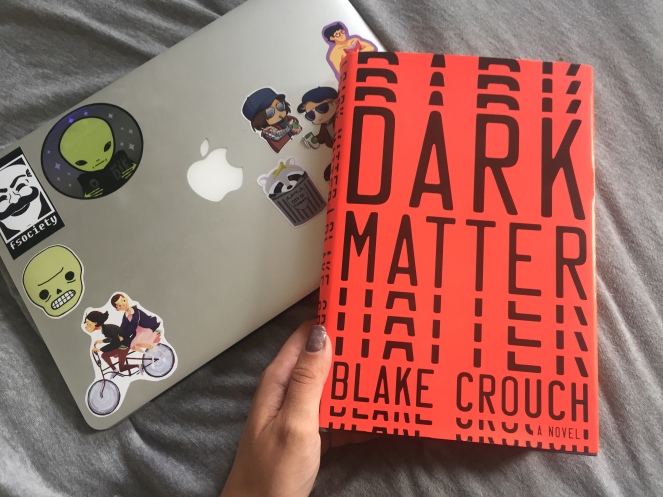 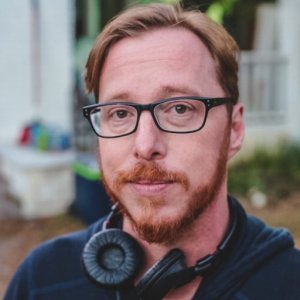 Blake Crouch is a bestselling novelist and screenwriter. He is the author of Dark Matter, for which he is writing the screenplay for Sony Pictures. His international-bestselling Wayward Pines trilogy was adapted into a television series for FOX, executive produced by M. Night Shyamalan, that was Summer 2015’s #1 show. With Chad Hodge, Crouch also created Good Behavior, the TNT television show starring Michelle Dockery based on his Letty Dobesh novellas. He has written more than a dozen novels that have been translated into over thirty languages and his short fiction has appeared in numerous publications including Ellery Queen and Alfred Hitchcock Mystery Magazine. Crouch lives in Colorado with his family.