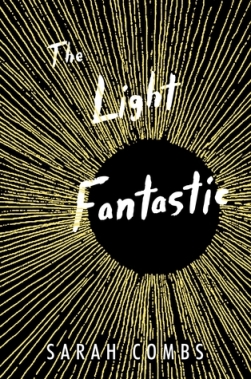 I would like to thank Candlewick Press for providing me with a copy of this book in exchange for an honest review.

The Light Fantastic by Sarah Combs is a book that gave me a new perspective on common everyday life in the United States of America. As a Canadian, you would think our lifestyles and our daily way of life would be similar considering how close we are to one another…I mean we’re literally attached for crying out loud. So why is it that our lives are so very different from one another? I’m not saying that as a Canadian I live this perfect and sheltered life, but tragedies such as school shootings that are the main focus of The Light Fantastic, just aren’t as common here as they are in the United States. They definitely happen in Canada, don’t get me wrong…but even while watching the news at home, I hear so many horror stories that come out of the States that genuinely shock me.

The Light Fantastic takes place in a few different states and is told in the multiple perspectives of different characters throughout each of these states. The story takes place not too long after the Boston Marathon bombings that took place in 2013. It deals with the aftermath of that terrible event and how it has effected multiple teenagers throughout America. The Light Fantastic is definitely a dark read as it deals with some pretty heavy, and all too realistic, topics.

“…real-life shootings kept happening. All the time. No: all the time. These things could barely get a WTF out of anyone anymore, such was their frequency.”

While I typically enjoy multiple perspectives as a storytelling device, I found the amount of perspectives in The Light Fantastic to be a little confusing. I found it difficult to keep track of which characters were from which state and I found it hard to differentiate the characters from one another. Because this story was relatively short and due to the multiple perspectives, I found it really hard to connect to any of the characters. They felt a little flat and I didn’t feel as though I really got to learn much about them as people. There was definitely the potential to have interesting and dynamic characters throughout The Light Fantastic. I wanted to learn more about April and her memory. I wanted to learn more about “The Mastermind” and what made him tick and why he was the way that he was. While I did find the amount of perspectives to be a little much, I did love how they were all connected in varying ways regardless of the fact that they were all from different locations across America.

The Light Fantastic is such an important read, especially because of how realistic and truthful it is. As a Canadian, The Light Fantastic gave me a new perspective on what living life in constant fear of the next attack must feel like. I’m lucky enough to  have grown up in a country with strict gun laws and I’m honestly really grateful for it. Once again, it’s not like terrible things don’t happen here, but I’m so glad that it isn’t something that feels like a common everyday occurrence.

“So I sit back down, go back to the only place there is to go, the last place I want to be: inside my own mind. It’s getting dark in there.”

The Light Fantastic definitely opened up my eyes to something that is happening right next door. It is an important read that deals with topics that need to be discussed more frequently. I hope that one day soon, these tragedies will feel less like the norm and more like a thing of the past. 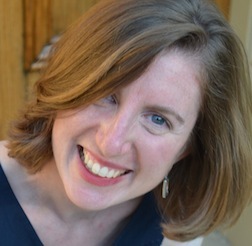 Sarah Combs, author of Breakfast Served Anytime, leads writing workshops at a nonprofit literacy center in Lexington, Kentucky, where she lives with her husband, two sons, and three pacifist bird dogs. The Light Fantastic is her second novel for young adults.

4 thoughts on “#BookReview: The Light Fantastic by Sarah Combs”