Don’t you love it when you come across one of the most beautiful films you’ve ever seen by complete accident? I had never heard of Holding The Man before coming across it in the new releases section of Netflix. I honestly just wanted to find something quick that I could have on in the background as I folded laundry, re-organized bookshelves and generally just while cleaning up my bedroom a little. Well, I can tell you right now that I got none of those things done as I was absolutely glued to my television screen.

It has been about two weeks since I finished watching Holding The Man and it has taken me this long to write up a review as I needed quite a bit of time to let it settle in my mind and organize my many thoughts and feelings. I haven’t been able to stop thinking about this movie since I finished watching it and I honestly didn’t even know if I was going to write a review, but I just have too many feelings to keep them all bottled up inside. 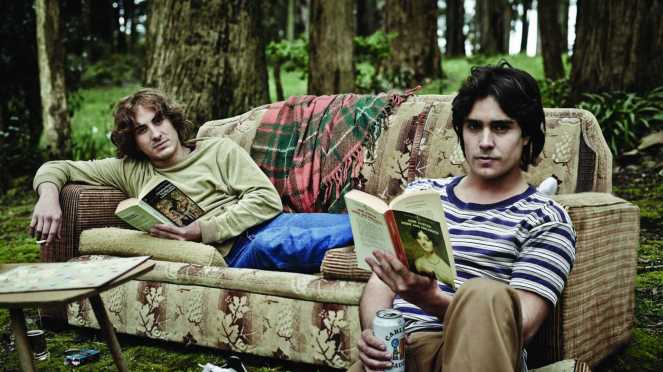 Holding The Man tells the story of two teenage boys growing up in 1970s Australia. One is part of the drama club and the other is the captain of the soccer team. They fall in love, despite all of the obstacles thrown in their way and are willing to do anything and everything to be together. The film progresses through their lives and transitions from the 1970s to the 1980s.

I absolutely loved both Timothy and John for different reasons. Tim was more outgoing and in your face. He wasn’t afraid to say what was on his mind and to admit his love for another boy. John was more reserved and quiet. Growing up with a strict family didn’t make it easy for him to express his feelings toward Tim, but as the story progresses, he starts to slowly come out of his shell.

Both Ryan Corr and Craig Stott were amazing in this film. Other than the fact that they look slightly older than high school teens at the beginning of this film, they were perfect in these roles. I had never heard of either actor before, but both of them are definitely going places and I cannot wait to see their future work. 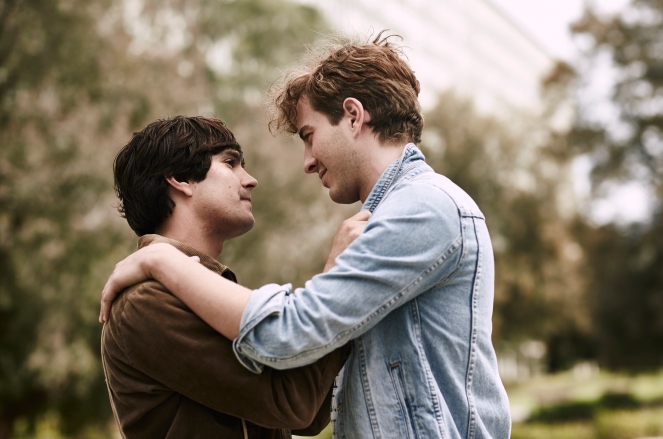 The first half of Holding The Man gave me life. It was happy and bright and full of hope…and then it transitioned into the 1980s. I just knew right away that this was where the film was going to take an unexpected turn for the worse. Queue the sadness. I don’t want to give away too much because I absolutely hate spoilers, but the second the timeline switched to the 1980s, I knew exactly where this story was going. Isn’t it awful, to just put two and two together and realize the tragedy that is about to unfold in front of you. I always talk about how much I wish I could have been alive to witness the 1980s, but then films like this come along that remind me how awful certain aspects of the 80s were.

Of course, as the film was coming to an end and I thought I would finally be able to dry up my tears, a small paragraph appeared on screen. This film was based on a true story written as a memoir. Timothy Conigrave and John Caleo were real people and these things really happened to them. Just like that, my heart broke into a million more pieces. I had no idea that this film was based on a true story until after I finished watching it and that just made it all the more heartbreaking.

I immediately ordered the memoir the second I finished watching the film, because who wouldn’t want to put themselves through double the heartbreak, right? I just need to revisit this story and experience it from the words of Timothy Conigrave himself.

This film was just such an unexpected surprise. I had no idea that I was going to watch something that would stay with me for weeks after I watched it. It was beautiful and heartfelt and I highly recommend giving it a watch.