*Click each book cover to bring you to its Goodreads page 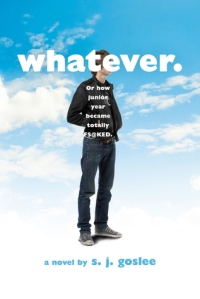 Mike Tate is a normal dude. He and his friends have a crappy band (an excuse to drink cheap beer and rock out to the Lemonheads) and hang out in parking lots doing stupid board tricks. But when Mike’s girlfriend Lisa, who knows him better than he does, breaks up with him, he realizes he’s about to have a major epiphany that will blow his mind. And worse–he gets elected to homecoming court. It’s like the apocalypse came, only instead of nuclear bombs and zombies, Mike gets school participation, gay thoughts, and mother-effin’ cheerleaders.

The Smaller Evil by Stephanie Kuehn

17-year-old Arman Dukoff is struggling with severe anxiety and a history of self-loathing when he arrives at an expensive self-help retreat in the remote hills of Big Sur. He’s taken a huge risk—and two-thousand dollars from his meth-head stepfather—for a chance to “evolve,” as Beau, the retreat leader, says. Beau is complicated. A father figure? A cult leader? A con man? Arman’s not sure, but more than anyone he’s ever met, Beau makes Arman feel something other than what he usually feels—worthless. The retreat compound is secluded in coastal California mountains among towering redwoods, and when the iron gates close behind him, Arman believes for a moment that he can get better. But the program is a blur of jargon, bizarre rituals, and incomprehensible encounters with a beautiful girl. Arman is certain he’s failing everything. But Beau disagrees; he thinks Arman has a bright future—though he never says at what. And then, in an instant Arman can’t believe or totally recall, Beau is gone. Suicide? Or murder? Arman was the only witness and now the compound is getting tense. And maybe dangerous. As the mysteries and paradoxes multiply and the hints become accusations, Arman must rely on the person he’s always trusted the least: himself. 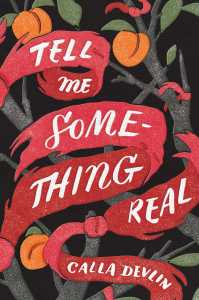 There are three beautiful blond Babcock sisters: gorgeous and foul-mouthed Adrienne, observant and shy Vanessa, and the youngest and best-loved, Marie. Their mother is ill with leukemia and the girls spend a lot of time with her at a Mexican clinic across the border from their San Diego home so she can receive alternative treatments. Vanessa is the middle child, a talented pianist who is trying to hold her family together despite the painful loss that they all know is inevitable. As she and her sisters navigate first loves and college dreams, they are completely unaware that an illness far more insidious than cancer poisons their home. Their world is about to shatter under the weight of an incomprehensible betrayal…

Been Here All Along by Sandy Hall

Gideon always has a plan. His plans include running for class president, becoming head of the yearbook committee, and having his choice of colleges. They do NOT include falling head over heels for his best friend and next door neighbor, Kyle. It’s a distraction. It’s pointless, as Kyle is already dating the gorgeous and popular head cheerleader, Ruby. And Gideon doesn’t know what to do. Kyle finally feels like he has a handle on life. He has a wonderful girlfriend, a best friend willing to debate the finer points of Lord of the Rings, and social acceptance as captain of the basketball team. Then, both Ruby and Gideon start acting really weird, just as his spot on the team is threatened, and Kyle can’t quite figure out what he did wrong…

8 thoughts on “Most Anticipated Releases: August 2016”