It’s time for another Top 10 Tuesday!!! For those of you who don’t know, Top 10 Tuesday is a weekly meme hosted by the folks over at The Broke and the Bookish! This week’s Top 10 Tuesday theme talks about our Top 10 Books We Enjoyed That Have Less Than 2000 Ratings on Goodreads! I’m not going to lie, while I was going through my read list on Goodreads I noticed that I tend to read books that are on the more popular side. However, I have read a few lesser-known books and I loved them just as much as some of the more popular books out there!

Here are the 10 books that I have read that have less than 2000 ratings on Goodreads!

*Click each book cover to bring you to its Goodreads page

Tom At The Farm by Michel Marc Bouchard

Following the accidental death of his lover, and in the throes of his grief, urban ad executive Tom travels to the country to attend the funeral and to meet his mother-in-law, Agatha, and her son, Francis neither of whom know Tom even exists. Arriving at the remote rural farm, and immediately drawn into the dysfunction of the family’s relationships, Tom is blindsided by his lost partner s legacy of untruth. With the mother expecting a chainsmoking girlfriend, and the older brother hellbent on preserving a facade of normalcy, Tom is coerced into joining the duplicity until, at last, he confronts the torment that drove his lover to live in the shadows of deceit. The lover the friend, the son, the brother, the nameless dead man has left behind a fable woven of false-truths which, according to his own teenage diaries, were essential to his survival. In this same rural setting, one young man had once destroyed another young man who loved yet another. Like an ancient tragedy, years later, this drama will shape the destiny of Tom.

Devil & The Bluebird by Jennifer Mason-Black

Blue Riley has wrestled with her own demons ever since the loss of her mother to cancer. But when she encounters a beautiful devil at her town crossroads, it’s her runaway sister’s soul she fights to save. The devil steals Blue’s voice—inherited from her musically gifted mother—in exchange for a single shot at finding Cass. Armed with her mother’s guitar, a knapsack of cherished mementos, and a pair of magical boots, Blue journeys west in search of her sister. When the devil changes the terms of their deal, Blue must reevaluate her understanding of good and evil and open herself to finding family in unexpected places.

Twelve-year-old Ethan Forsythe, an exceptionally talented boy obsessed with physics and astronomy, has been raised alone by his mother in Sydney, Australia. Claire, a former professional ballerina, has been a wonderful parent to Ethan, but he’s becoming increasingly curious about his father’s absence in his life. Claire is fiercely protective of her talented, vulnerable son—and of her own feelings. But when Ethan falls ill, tied to a tragic event that occurred during his infancy, her tightly-held world is split open. Thousands of miles away on the western coast of Australia, Mark is trying to forget about the events that tore his family apart, but an unexpected call forces him to confront his past and return home. When Ethan secretly intercepts a letter from Mark to Claire, he unleashes long-suppressed forces that—like gravity—pull the three together again, testing the limits of love and forgiveness.

All The Missing Girls by Megan Miranda

Like the spellbinding psychological suspense in The Girl on the Train and Luckiest Girl Alive, Megan Miranda’s novel is a nail-biting, breathtaking story about the disappearances of two young women—a decade apart—told in reverse. It’s been ten years since Nicolette Farrell left her rural hometown after her best friend, Corinne, disappeared from Cooley Ridge without a trace. Back again to tie up loose ends and care for her ailing father, Nic is soon plunged into a shocking drama that reawakens Corinne’s case and breaks open old wounds long since stitched. The decade-old investigation focused on Nic, her brother Daniel, boyfriend Tyler, and Corinne’s boyfriend Jackson. Since then, only Nic has left Cooley Ridge. Daniel and his wife, Laura, are expecting a baby; Jackson works at the town bar; and Tyler is dating Annaleise Carter, Nic’s younger neighbor and the group’s alibi the night Corinne disappeared. Then, within days of Nic’s return, Annaleise goes missing.

America’s Favorite Teenager, Archie Andrews, is reborn in the pages of this must-have graphic novel collecting the first six issues of the comic book series that everyone is talking about. Meet Riverdale High teen Archie, his oddball, food-loving best friend Jughead, girl-next-door Betty and well-to-do snob Veronica Lodge as they embark on a modern reimagining of the beloved Archie world. It’s all here: the love triangle, friendship, humor, charm and lots of fun – but with a decidedly modern twist.

When Everything Feels Like The Movies by Raziel Reid

School is just like a film set: there’s The Crew, who make things happen, The Extras who fill the empty desks, and The Movie Stars, whom everyone wants tagged in their Facebook photos. But Jude doesn’t fit in. He’s not part of The Crew because he isn’t about to do anything unless it’s court-appointed; he’s not an Extra because nothing about him is anonymous; and he’s not a Movie Star because even though everyone know his name like an A-lister, he isn’t invited to the cool parties. As the director calls action, Jude is the flamer that lights the set on fire. Before everything turns to ashes from the resulting inferno, Jude drags his best friend Angela off the casting couch and into enough melodrama to incite the paparazzi, all while trying to fend off the haters and win the heart of his favourite co-star Luke Morris. It’s a total train wreck! But train wrecks always make the front page.

The Girls In The Garden by Lisa Jewell

Imagine that you live on a picturesque communal garden square, an oasis in urban London where your children run free, in and out of other people’s houses. You’ve known your neighbors for years and you trust them. Implicitly. You think your children are safe. But are they really?  On a midsummer night, as a festive neighborhood party is taking place, preteen Pip discovers her thirteen-year-old sister Grace lying unconscious and bloody in a hidden corner of a lush rose garden. What really happened to her? And who is responsible?

From A Distant Star by Karen McQuestion

When Lucas Walker inexplicably recovers from a terminal illness, everyone is astonished –except for his girlfriend Emma, who never gave up hope. However, as friends and family celebrate the miracle, Emma becomes alarmed: Lucas has changed. He speaks haltingly, can’t recall past events, and even his own dog doesn’t recognize him. Emma begins to suspect something is terribly wrong. What happened to the Lucas she loved? Does his strange behavior have something to do with the shooting light that fell into Lucas’s backyard the night he recovered? As the two set off on a road trip in search of the truth, the journey takes an unexpected turn. First they’re shot at by unknown enemies and then helped by unlikely allies. Before long, Emma and Lucas are plunged into a desperate life or death race against time.

Lily & The Octopus by Steven Rowley

This is a story about that special someone: the one you trust, the one you can’t live without. For Ted Flask, that someone special is his aging companion Lily, who happens to be a dog. 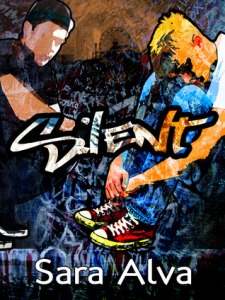 Alex’s life as a teenager in South Central L.A. is far from perfect, but it’s his life, and he knows how to live it. He knows what role to play and what things to keep to himself. He’s got it all under control, until one lousy pair of shoes kicks him out of his world and lands him in a foster care group home. Surrounded by strangers and trapped in a life where he could never belong, Alex turns to the only person lower on the social ladder than he is: a “special” mute boy. In Sebastian, Alex finds a safe place to store his secrets—those that sent him to foster care, and the deeper one that sets him apart from the other teenagers he knows. But Sebastian has secrets of his own, and when tragedy rips the two boys apart, Alex will stop at nothing to find the answers—even if it means dragging them both through a past full of wounds best left buried. It might just be worth it, for the slim chance at love.

13 thoughts on “Top 10 Tuesday: Books We Enjoyed That Have Under 2000 Ratings On Goodreads”