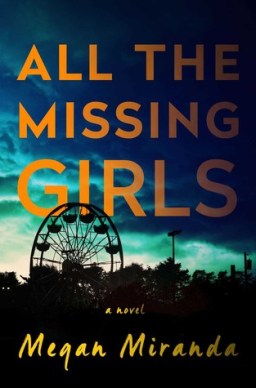 All The Missing Girls

I had to focus, make sense of this house, and get out. Before the past started creeping out from the walls, whispering from the grates. Before it unpacked itself from that box, layer after layer, all the way back to the start.

All The Missing Girls was exactly what I needed from a psychological thriller right now. One of my favourite genres is psychological thrillers and I really do enjoy reading them, but lately they have all started to feel the same. A woman in her late 20’s/early 30’s as the unreliable narrator on the run from her past, blah blah blah. Now, I’m not saying All The Missing Girls didn’t have these elements, in fact, it had both. It features a 28 year old woman named Nic who has already escaped her past, but due to unforeseen circumstances, she needs to return home to the town she grew up in.

Now, I know what you’re thinking. Didn’t I just explain that all psychological thrillers were starting to feel the same? Yes. Didn’t you just say you really enjoyed All The Missing Girls, but also that it has the same elements as a majority of psychological thrillers? Why, yes I did. What All The Missing Girls did right, was that it used some of the same stereotypical tropes of a thriller, but used them in a creative way. 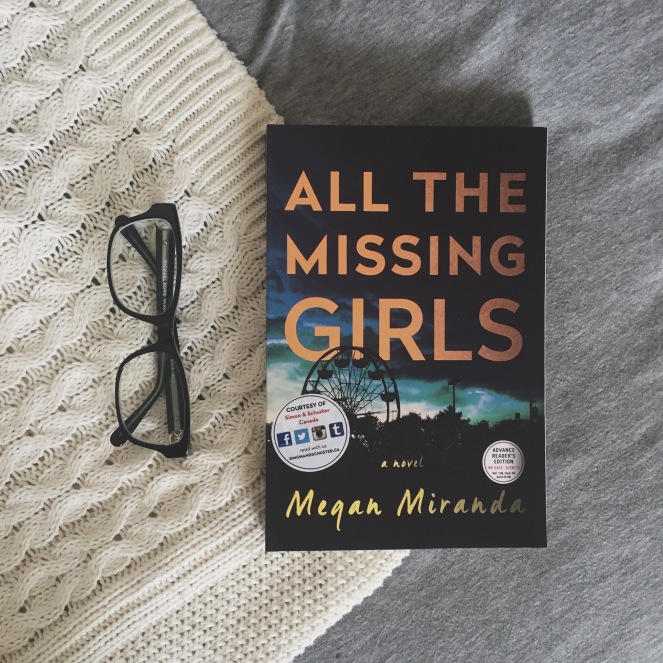 It definitely feels like Megan Miranda spent a lot of time with this book as the entire story is told backwards. Yes, backwards. Once Nic returns to her hometown of Cooley Ridge, the story is told in reverse starting from Day 15 and slowly works its way back to Day 1, when Nic first arrived. Pretty creative, right? This storytelling device reminds me a lot of the film Memento, a movie that I absolutely loved that is also told backwards to slowly reveal the twists and turns that occurred earlier on in the story. You wouldn’t typically think that a story could reveal secrets as it’s being told backwards because surely everything is already revealed if you start from the end, but in this case, it’s the little details that provide these twists and turns. For example, a character would do something on Day 13 that maybe didn’t make sense or seemed unnecessary, but then you would continue on to Day 12 and it suddenly became clear why the character said what they said or did what they did.

I absolutely loved the fact that All The Missing Girls was told backwards as I think that this way of telling a story is rather unique and interesting and definitely takes a lot of time to get right. You have to be so careful with details and you definitely need to have a pretty decent plan before going into writing something as complex as this.

I found that the story moved a little slowly at times, but that might have very well been the fact that I just wanted to know the final outcome really badly. Other than that, Megan Miranda’s writing style is pretty great and All The Missing Girls was really well written! I was on the edge of my seat the whole time and I honestly dreaded the moments when life got in the way and I would have to stop reading and put the book down!

Sometimes it can be pretty tough to keep track of all of the characters within psychological thrillers. They usually include a rather dense cast because it provides more guessing as to whodunit. I think it’s key to have all of your characters unique from one another, especially in story where there are quite a few of them. They all need to be well developed and I think that was definitely the case with All The Missing Girls.

All The Missing Girls is definitely a psychological thriller that stands out from the rest. It is unique and very well written. So what are you waiting for guys? Tick Tock. 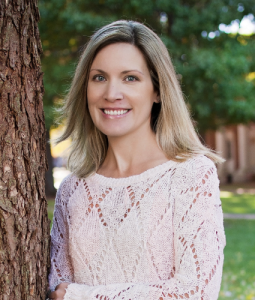 While I wouldn’t say I was directly inspired by it, I definitely thought of Memento when I was pitching this book. The movie came out when I was in college, and it was the first time I’d seen anything done that way. I am always fascinated by the different structures used in books, movies, or TV shows, why they were chosen for the story, and how the experience changes because of that. The story and structure developed alongside one another, for me.

2. I can barely wrap my head around the process of writing a story backwards. Did you find it difficult to write this way? Did it take you longer to finish writing All The Missing Girls compared to your previous novels?

Yes, and yes. It took me longer to write in general, but it also took me many more drafts to get right. It was a constantly evolving draft—every time I’d figure something out, everything I’d already written could be affected, so there was a lot of trial and error involved.

3. Is there one key message or moment in your novel that you hope readers will grasp and remember?

Well (not to give too much away) for me when writing, the pivotal moment was the understanding of how one element can be tied up in another. That there are secrets both large and small, and the smaller can have just as big of an impact, and linger for just as long.

*Note: An ARC of All The Missing Girls by Meghan Miranda was provided by Simon & Schuster Canada as part of their Summer Fiction Blog Tour in exchange for an honest review.

Don’t forget to check out Read Chill Repeat and Enter for a Chance to WIN a set of Books + One Year of Free Coffee From Aroma Espresso Bar!

Also, don’t forget to check out some upcoming dates on the Summer Fiction Blog Tour! #ReadChillRepeat