I don’t need more books…why did I buy more books? Oh yeah, I made another little trip over to the Book Outlet store in St. Catharines Ontario! You can walk in there and tell yourself that you’re not going to buy a lot of books, but who are we kidding? The deals are way too irresistible! However, I did A LOT better this time around than I have during previous trips to Book Outlet. This time around, I only purchased 9 books and I’m going to share them all with you right now! For some reason, I also got 25% off my entire purchase. I think there was some sort of sale going on that I had no idea about, but hey I’m not complaining! Let’s take a look at all the books I got!

Two Bags Worth! Books can get pretty heavy, but the Book Outlet bags are nice and strong!

John Hughes: A Life in Film by Kirk Honeycutt

In this first illustrated tribute to the legendary filmmaker, author Kirk Honeycutt offers a behind-the-scenes look at the genius that was John Hughes–from his humble beginnings in direct mail to his blockbuster success with classics like Pretty in Pink, Sixteen Candles, Weird Science, and Home Alone. Honeycutt also explores the darker side of John Hughes: his extreme sensitivity, his stormy professional relationships, and the devastation Hughes experienced after the death of his closest friend, John Candy. Featuring fresh interviews with Matthew Broderick, Ally Sheedy, Judd Nelson, Steve Martin, and Jon Cryer, and a foreword from Home Alone director Chris Columbus, this is the must-read for fans of John Hughes.

The Son by Jo Nesbø

Sonny Lofthus, in his early thirties, has been in prison for the last dozen years: serving time for crimes he didn’t commit. In exchange, he gets an uninterrupted supply of heroin—and the unexpected stream of fellow prisoners seeking out his uncanny abilities to soothe and absolve. His addiction started when his father committed suicide rather than be exposed as a corrupt cop, and now Sonny is the center of a vortex of corruption: prison staff, police, lawyers, a desperate priest—all of them focused on keeping him stoned and jailed, and all of them under the thumb of Oslo’s crime overlord, the Twin. When Sonny learns some long-hidden truths about his father he makes a brilliant escape, and begins hunting down the people responsible for the hideous crimes he’s paid for. But he’s also being hunted, by the Twin, the cops, and the only person who knows the ultimate truth that Sonny is seeking. The question is, what will he do when they’ve cornered him?

The Big Bad Book of Bill Murray by Robert Schnakenberg

The man. The movies. The life. The legend. He’s played a deranged groundskeeper, a bellowing lounge singer, a paranormal exterminator, and a grouchy weatherman. He is William James “Bill” Murray, America’s greatest national treasure. From his childhood lugging golf bags at a country club to his first taste of success on Saturday Night Live, from his starring roles in Hollywood blockbusters to his reinvention as a hipster icon for the twenty-first century, The Big Bad Book of Bill Murray chronicles every aspect of his extraordinary life and career. 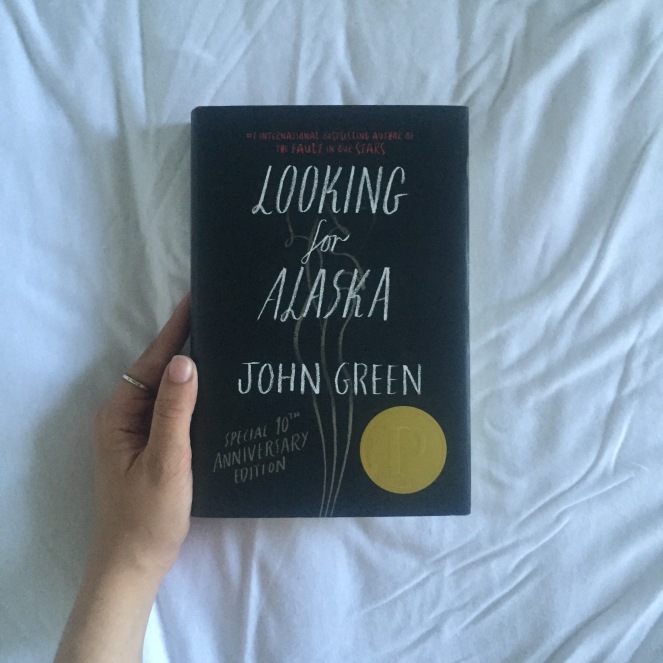 Miles Halter is fascinated by famous last words—and tired of his safe life at home. He leaves for boarding school to seek what the dying poet Francois Rabelais called “The Great Perhaps.” Much awaits Miles at Culver Creek, including Alaska Young, who will pull Miles into her labyrinth and catapult him into the Great Perhaps. 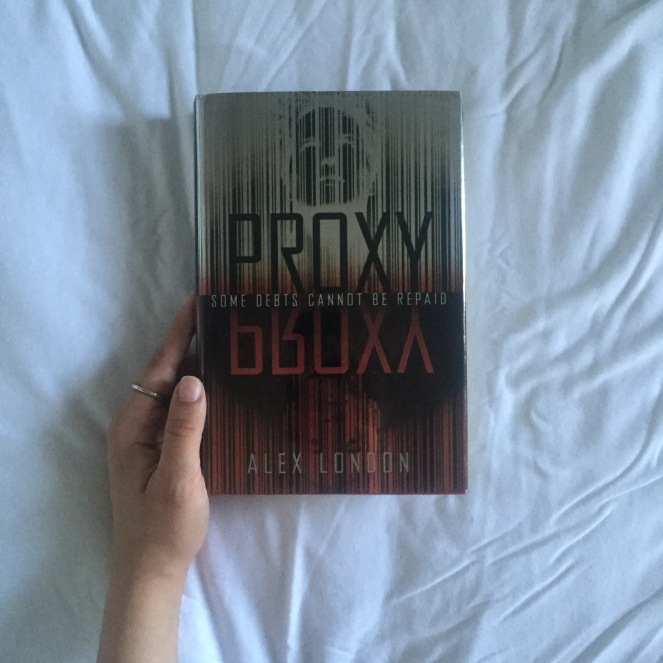 Knox was born into one of the City’s wealthiest families. A Patron, he has everything a boy could possibly want—the latest tech, the coolest clothes, and a Proxy to take all his punishments. When Knox breaks a vase, Syd is beaten. When Knox plays a practical joke, Syd is forced to haul rocks. And when Knox crashes a car, killing one of his friends, Syd is branded and sentenced to death. Syd is a Proxy. His life is not his own. Then again, neither is Knox’s. Knox and Syd have more in common than either would guess. So when Knox and Syd realize that the only way to beat the system is to save each other, they flee. Yet Knox’s father is no ordinary Patron, and Syd is no ordinary Proxy. The ensuing cross-country chase will uncover a secret society of rebels, test both boys’ resolve, and shine a blinding light onto a world of those who owe and those who pay. Some debts, it turns out, cannot be repaid. 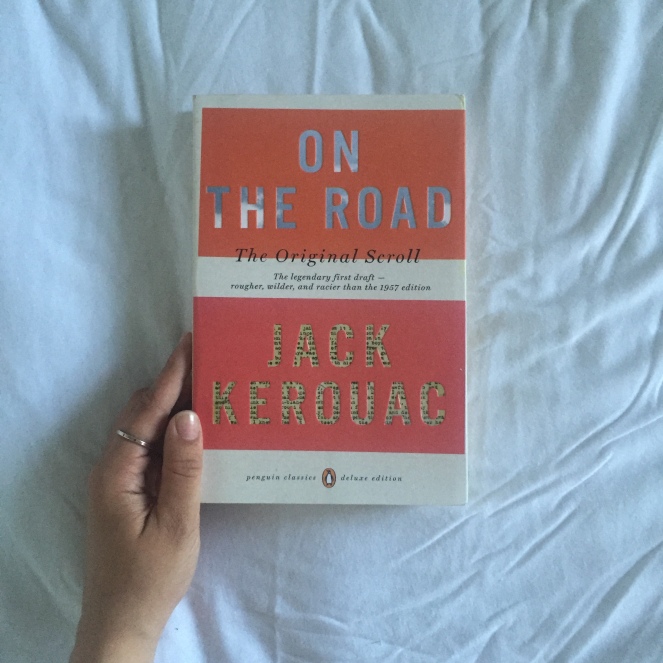 On The Road by Jack Kerouac (The Original Scroll Edition)

A quintessential novel of America & the Beat Generation On the Road chronicles Jack Kerouac’s years traveling the N. American continent with his friend Neal Cassady, “a sideburned hero of the snowy West.” As “Sal Paradise” & “Dean Moriarty,” the two roam the country in a quest for self-knowledge & experience. Kerouac’s love of America, compassion for humanity & sense of language as jazz combine to make On the Road an inspirational work of lasting importance. This classic novel of freedom & longing defined what it meant to be “Beat” & has inspired every generation since its initial publication.

Boisterous, ribald, and ultimately shattering, Ken Kesey’s 1962 novel has left an indelible mark on the literature of our time. Now in a new deluxe edition with a foreword by Chuck Palahniuk and cover by Joe Sacco, here is the unforgettable story of a mental ward and its inhabitants, especially the tyrannical Big Nurse Ratched and Randle Patrick McMurphy, the brawling, fun-loving new inmate who resolves to oppose her. We see the struggle through the eyes of Chief Bromden, the seemingly mute half-Indian patient who witnesses and understands McMurphy’s heroic attempt to do battle with the powers that keep them all imprisoned.

Naomi and Ely have been inseparable since childhood—partially because they’ve grown up across the hall from each other in the same Manhattan apartment building, and also because they’re best friends. Soul mates. Or are they? Just to be safe, they’ve created a NO KISS LIST—their list of people who are absolutely off-kissing-limits for both of them. The NO KISS LIST protects their friendship and esnures that nothing will rock the foundation of Naomi and Ely: the institution. Until Ely kisses Naomi’s boyfriend. And a fateful piece of gum in the wrong place at the wrong time changes everything. Soon a rift of universal proportions threatens to destroy their friendship, and it remains to be seen whether Naomi and Ely can find their way toward new soul-mate prospects… and back to one another.

The Room by Jonas Karlsson

Bjorn is a compulsive, exacting bureaucrat who discovers a secret room at the government office where he works–a secret room that no one else in his office will acknowledge. When Bjorn is in his room, what his coworkers see is him standing by the wall and staring off into space looking dazed, relaxed, and decidedly creepy. Bjorn’s bizarre behavior eventually leads his coworkers to try to have him fired, but Bjorn will turn the tables on them with help from his secret room. Author Jonas Karlsson doesn’t leave a word out of place in this brilliant, bizarre, delightful take on how far we will go–in a world ruled by conformity–to live an individual and examined life.

There you have it! All 9 of the books that I purchased on my trip to Book Outlet! 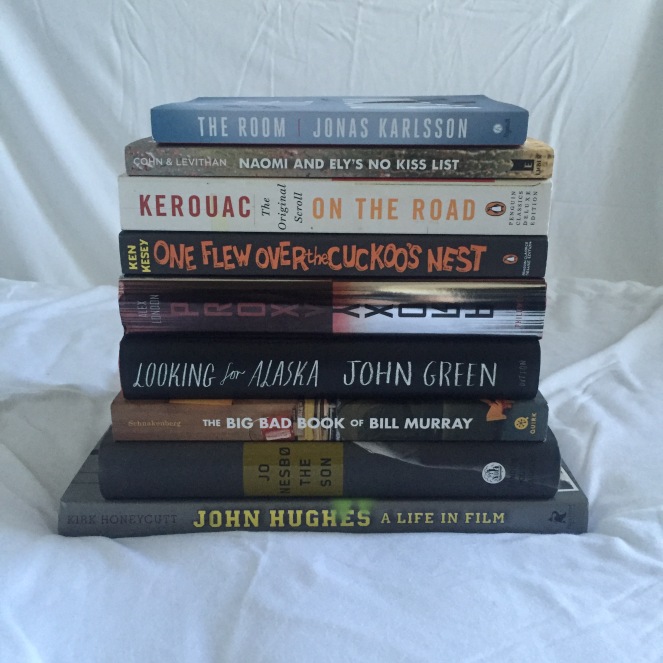 If you want to follow me around on more adventures and behind the scenes, follow me on Snapchat by username: mariacasa

Thank you so much for reading and stay tuned for my Monthly Haul for June coming soon!