The Alliance is losing the war, and their most critical weapon, seventeen-year-old witch Nathan Byrn, is losing his mind. Nathan’s tally of kills is rising, and yet he’s no closer to ending the tyrannical rule of the Council of White Witches in England. Nor is Nathan any closer to his personal goal: getting revenge on Annalise, the girl he once loved before she committed an unthinkable crime. An amulet protected by the extremely powerful witch Ledger could be the tool Nathan needs to save himself and the Alliance, but this amulet is not so easily acquired. And lately Nathan has started to suffer from visions: a vision of a golden moment when he dies, and of an endless line of Hunters, impossible to overcome. Gabriel, his closest companion, urges Nathan to run away with him, to start a peaceful life together. But even Gabriel’s love may not be enough to save Nathan from this war, or from the person he has become.

America’s Favorite Teenager, Archie Andrews, is reborn in the pages of this must-have graphic novel collecting the first six issues of the comic book series that everyone is talking about. Meet Riverdale High teen Archie, his oddball, food-loving best friend Jughead, girl-next-door Betty and well-to-do snob Veronica Lodge as they embark on a modern reimagining of the beloved Archie world. It’s all here: the love triangle, friendship, humor, charm and lots of fun – but with a decidedly modern twist. Brought to you by some of the masters of the comic book genre, including writer Mark Waid and the all-star lineup of artists: Fiona Staples, Annie Wu and Veronica Fish, the first volume of ARCHIE presents readers with a new take on the beloved Archie Comics concepts while retaining the best elements from the company’s 75 years of history. ARCHIE VOL. 1 collects ARCHIE #1-6 and features bonus content including scripts, sketches, variant covers and the full first issue of the all new JUGHEAD series by acclaimed writer Chip Zdarsky and artist Erica Henderson.

Clare is on the run. From her past, from her ex, and from her own secrets. When she turns up alone in the remote mining town of Blackmore asking about Shayna Fowles, the local girl who disappeared, everyone wants to know who Clare really is and what she’s hiding. As it turns out, she’s hiding a lot, including what ties her to Shayna in the first place. But everyone in this place is hiding something from Jared, Shayna’s golden-haired ex-husband, to Charlie, the charming small-town drug pusher, to Derek, Shayna’s overly involved family doctor, to Louise and Wilfred, her distraught parents. Did Shayna flee? Was she killed? Is it possible she’s still alive? As Clare uncovers the mysteries around Shayna’s disappearance, she must confront her own demons, moving us deeper and deeper into the labyrinth of lies and making us question what it is she’s really running from. Twisting and electrifying, this is a get-under-your-skin thriller that will make you question what it means to lose yourself and find yourself in the most unlikely places. 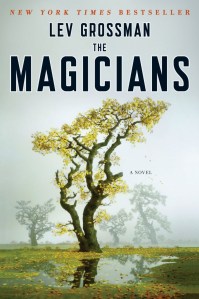 Like everyone else, precocious high school senior Quentin Coldwater assumes that magic isn’t real, until he finds himself admitted to a very secretive and exclusive college of magic in upstate New York. There he indulges in joys of college-friendship, love, sex, and booze- and receives a rigorous education in modern sorcery. But magic doesn’t bring the happiness and adventure Quentin thought it would. After graduation, he and his friends stumble upon a secret that sets them on a remarkable journey that may just fulfill Quentin’s yearning. But their journey turns out to be darker and more dangerous than they’d imagined.

Twelve-year-old Ethan Forsythe, an exceptionally talented boy obsessed with physics and astronomy, has been raised alone by his mother in Sydney, Australia. Claire, a former professional ballerina, has been a wonderful parent to Ethan, but he’s becoming increasingly curious about his father’s absence in his life. Claire is fiercely protective of her talented, vulnerable son—and of her own feelings. But when Ethan falls ill, tied to a tragic event that occurred during his infancy, her tightly-held world is split open. Thousands of miles away on the western coast of Australia, Mark is trying to forget about the events that tore his family apart, but an unexpected call forces him to confront his past and return home. When Ethan secretly intercepts a letter from Mark to Claire, he unleashes long-suppressed forces that—like gravity—pull the three together again, testing the limits of love and forgiveness. Told from the alternating points of view of Ethan and each of his parents, Relativity is a poetic and soul-searing exploration of unbreakable bonds, irreversible acts, the limits of science, and the magnitude of love.