It’s time for another Top 10 Tuesday!!! For those of you who don’t know, Top 10 Tuesday is a weekly meme hosted by the folks over at The Broke and the Bookish! This week’s Top 10 Tuesday theme talks about our Top 10 Books We Loved That Aren’t Talked About Enough! I love when people tell me that they discovered new reads by reading my blog posts and I hope that you discover some of my favourite hidden gems within this Top 10 Tuesday list!

Here are my picks!

Goodreads synopsis: There are a few things Henry Denton knows, and a few things he doesn’t. Henry knows that his mom is struggling to keep the family together, and coping by chain-smoking cigarettes. He knows that his older brother is a college dropout with a pregnant girlfriend. He knows that he is slowly losing his grandmother to Alzheimer’s. And he knows that his boyfriend committed suicide last year. What Henry doesn’t know is why the aliens chose to abduct him when he was thirteen, and he doesn’t know why they continue to steal him from his bed and take him aboard their ship. He doesn’t know why the world is going to end or why the aliens have offered him the opportunity to avert the impending disaster by pressing a big red button. But they have. And they’ve only given him 144 days to make up his mind. The question is whether Henry thinks the world is worth saving. That is, until he meets Diego Vega, an artist with a secret past who forces Henry to question his beliefs, his place in the universe, and whether any of it really matters. But before Henry can save the world, he’s got to figure out how to save himself, and the aliens haven’t given him a button for that. 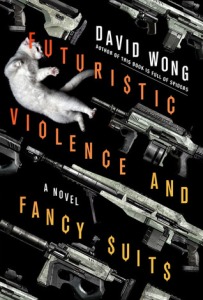 Goodreads synopsis: Nightmarish villains with superhuman enhancements. An all-seeing social network that tracks your every move. Mysterious, smooth-talking power players who lurk behind the scenes. A young woman from the trailer park. And her very smelly cat. Together, they will decide the future of mankind. Get ready for a world in which anyone can have the powers of a god or the fame of a pop star, in which human achievement soars to new heights while its depravity plunges to the blackest depths. A world in which at least one cat smells like a seafood shop’s dumpster on a hot summer day. This is the world in which Zoey Ashe finds herself, navigating a futuristic city in which one can find elements of the fantastic, nightmarish and ridiculous on any street corner. Her only trusted advisor is the aforementioned cat, but even in the future, cats cannot give advice. At least not any that you’d want to follow. Will Zoey figure it all out in time? Or maybe the better question is, will you? After all, the future is coming sooner than you think.

Goodreads synopsis: It’s 1987. Marcus Lopez hates school. His grades suck. The jocks are hassling his friends. He can’t focus in class. But the jocks are the children of Joseph Stalin’s top assassin, the teachers are members of an ancient league of assassins, the class he’s failing is “Dismemberment 101,” and his crush has a double-digit body count. Welcome to the most brutal high school on earth, where the world’s top crime families send the next generation of assassins to be trained. Murder is an art. Killing is a craft. At Kings Dominion School for the Deadly Arts, the dagger in your back isn’t always metaphorical.

Goodreads synopsis: After the sudden collapse of her family, Mim Malone is dragged from her home in northern Ohio to the “wastelands” of Mississippi, where she lives in a medicated milieu with her dad and new stepmom. Before the dust has a chance to settle, she learns her mother is sick back in Cleveland. So she ditches her new life and hops aboard a northbound Greyhound bus to her real home and her real mother, meeting a quirky cast of fellow travelers along the way. But when her thousand-mile journey takes a few turns she could never see coming, Mim must confront her own demons, redefining her notions of love, loyalty, and what it means to be sane. Told in an unforgettable, kaleidoscopic voice, “Mosquitoland” is a modern American odyssey, as hilarious as it is heartbreaking.

Goodreads synopsis: Something is out there, something terrifying that must not be seen. One glimpse of it, and a person is driven to deadly violence. No one knows what it is or where it came from. Five years after it began, a handful of scattered survivors remains, including Malorie and her two young children. Living in an abandoned house near the river, she has dreamed of fleeing to a place where they might be safe. Now that the boy and girl are four, it’s time to go, but the journey ahead will be terrifying: twenty miles downriver in a rowboat–blindfolded–with nothing to rely on but her wits and the children’s trained ears. One wrong choice and they will die. Something is following them all the while, but is it man, animal, or monster?

More Than This by Patrick Ness

Goodreads synopsis: A boy drowns, desperate and alone in his final moments. He dies. Then he wakes, naked and bruised and thirsty, but alive. How can this be? And what is this strange deserted place? As he struggles to understand what is happening, the boy dares to hope. Might this not be the end? Might there be more to this life, or perhaps this afterlife?

Goodreads synopsis: On a damp October night, beautiful young Ashley Cordova is found dead in an abandoned warehouse in lower Manhattan. Though her death is ruled a suicide, veteran investigative journalist Scott McGrath suspects otherwise. As he probes the strange circumstances surrounding Ashley’s life and death, McGrath comes face-to-face with the legacy of her father: the legendary, reclusive cult-horror-film director Stanislas Cordova—a man who hasn’t been seen in public for more than thirty years. For McGrath, another death connected to this seemingly cursed family dynasty seems more than just a coincidence. Though much has been written about Cordova’s dark and unsettling films, very little is known about the man himself. Driven by revenge, curiosity, and a need for the truth, McGrath, with the aid of two strangers, is drawn deeper and deeper into Cordova’s eerie, hypnotic world. The last time he got close to exposing the director, McGrath lost his marriage and his career. This time he might lose even more.

Into The Darkest Corner by Elizabeth Haynes

Goodreads synopsis: When young, pretty Catherine Bailey meets Lee Brightman, she can’t believe her luck. Gorgeous, charismatic, and a bit mysterious, Lee seems almost too perfect to be true. But what begins as flattering attention and spontaneous, passionate sex transforms into raging jealousy, and Catherine soon discovers that Lee’s dazzling blue eyes and blond good looks hide a dark, violent nature. Disturbed by his increasingly erratic, controlling behavior, she tries to break it off; turning to her friends for support, she’s stunned to find they don’t believe her. Increasingly isolated and driven into the darkest corner of her world, a desperate Catherine plans a meticulous escape. Four years later, Lee is behind bars and Catherine—now Cathy—is trying to build a new life in a new city. Though her body has healed, the trauma of the past still haunts her. Then Stuart Richardson, her attractive new neighbor, moves in. Encouraging her to confront her fears, he sparks unexpected hope and the possibility of love and a normal life. Until the day the phone rings . . . 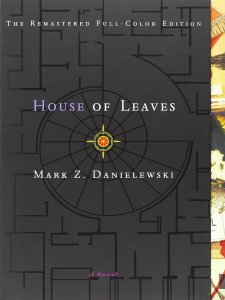 Goodreads synopsis: Years ago, when House of Leaves was first being passed around, it was nothing more than a badly bundled heap of paper, parts of which would occasionally surface on the Internet. No one could have anticipated the small but devoted following this terrifying story would soon command. Starting with an odd assortment of marginalized youth — musicians, tattoo artists, programmers, strippers, environmentalists, and adrenaline junkies — the book eventually made its way into the hands of older generations, who not only found themselves in those strangely arranged pages but also discovered a way back into the lives of their estranged children. Now, for the first time, this astonishing novel is made available in book form, complete with the original colored words, vertical footnotes, and newly added second and third appendices. The story remains unchanged, focusing on a young family that moves into a small home on Ash Tree Lane where they discover something is terribly wrong: their house is bigger on the inside than it is on the outside. Of course, neither Pulitzer Prize-winning photojournalist Will Navidson nor his companion Karen Green was prepared to face the consequences of that impossibility, until the day their two little children wandered off and their voices eerily began to return another story — of creature darkness, of an ever-growing abyss behind a closet door, and of that unholy growl which soon enough would tear through their walls and consume all their dreams.

The Alienist by Caleb Carr

Goodreads synopsis: The year is 1896, the place, New York City. On a cold March night New York Times reporter John Schuyler Moore is summoned to the East River by his friend and former Harvard classmate Dr. Laszlo Kreizler, a psychologist, or “alienist.” On the unfinished Williamsburg Bridge, they view the horribly mutilated body of an adolescent boy, a prostitute from one of Manhattan’s infamous brothels. The newly appointed police commissioner, Theodore Roosevelt, in a highly unorthodox move, enlists the two men in the murder investigation, counting on the reserved Kreizler’s intellect and Moore’s knowledge of New York’s vast criminal underworld. They are joined by Sara Howard, a brave and determined woman who works as a secretary in the police department. Laboring in secret (for alienists, and the emerging discipline of psychology, are viewed by the public with skepticism at best), the unlikely team embarks on what is a revolutionary effort in criminology– amassing a psychological profile of the man they’re looking for based on the details of his crimes. Their dangerous quest takes them into the tortured past and twisted mind of a murderer who has killed before–and will kill again before the hunt is over.