Who else was completely blindsided by the fact that February is just around the corner? Was it not just Christmas/New Years? Holy cow. Well, as is tradition, I’m here today to discuss the books that I am the most excited about that will be released during the month of February! Do we have similar most anticipated reads? Have any recommendations that I may have missed? I’m always looking for new books to read! In the meantime, here are a list of the books that I’m most looking forward to throughout the month of February!

Goodreads synopsis: Manchester, 2025. Local mechanic Sol steals old vehicles to meet the demand for spares. But when Sol’s partner impulsively jacks a luxury model, Sol finds himself caught up in a nightmarish trans-dimensional human trafficking conspiracy. Hidden in the stolen car is a voiceless, three-armed woman called Y. She’s had her memory removed and undertaken a harrowing journey into a world she only vaguely recognises. And someone waiting in the UK expects her delivery at all costs. Now Sol and Y are on the run from both Y’s traffickers and the organisation’s faithful products. With the help of a dangerous triggerman and Sol’s ex, they must uncover the true, terrifying extent of the trafficking operation, or it’s all over. Not that there was much hope to start with. A novel about the horror of exploitation and the weight of love, Graft imagines a country in which too many people are only worth what’s on their price tag. 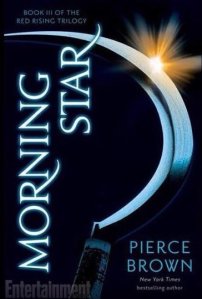 Goodreads synopsis: Born a lowly Red in the mines of Mars, Darrow lost his beloved wife to the treacherous Gold overlords. Vowing to fight for the future that his wife believed in, Darrow joins a secret revolutionary group and is remade into a Gold so that he can infiltrate the ruling class and bring them down from the inside. Now, after years of hiding amongst the Golds, Darrow is finally ready to declare open revolution and throw off the chains of oppression. Nothing in Darrow’s world has been easily won, and this final fight will be the most harrowing of all.

The Widow by Fiona Barton

Goodreads synopsis: There’s a lot Jean hasn’t said over the years about the crime her husband was suspected of committing. She was busy being the perfect wife, standing by her man while living with accusing glares and anonymous harassment. Now her husband is dead, and there’s no reason to stay quiet. People want to hear her story. They want to know what it was like living with that man. She can tell them there were secrets. There always are in a marriage. The truth–that’s all anyone wants. But the one lesson Jean has learned in the last few years is that she can make people believe anything. For the reporter who has secured the exclusive interview, this is the scoop of a lifetime. For the detective who has lived a half-life since he failed to get justice for the victim, it is a chance to get at the truth that has eluded him for so long. For Jean, it’s a chance to defend herself, what she knew–and when. This is the tale of a missing child, narrated by the wife of the main suspect, the detective leading the hunt, and the journalist covering the case. It’s a brilliantly ominous, psychologically acute portrait of a marriage in crisis–perfect for fans of The Silent Wife and The Girl on the Train. 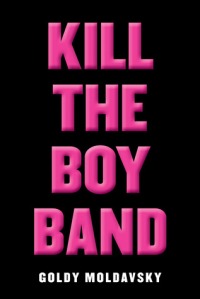 Goodreads synopsis: Okay, so just know from the start that it wasn’t supposed to go like this. All we wanted was to get near The Ruperts, our favorite boy band. We didn’t mean to kidnap one of the guys. It kind of, sort of happened that way. But now he’s tied up in our hotel room. And the worst part of all, it’s Rupert P. All four members of The Ruperts might have the same first name, but they couldn’t be more different. And Rupert P. is the biggest flop out of the whole group. We didn’t mean to hold hostage a member of The Ruperts, I swear. At least, I didn’t. We are fans. Okay, superfans who spend all of our free time tweeting about the boys and updating our fan tumblrs. But so what, that’s what you do when you love a group so much it hurts. How did it get this far? Who knows. I mean midterms are coming up. I really do not have time to go to hell.

Thanks for the Trouble by Tommy Wallach

Goodreads synopsis: A young man overcomes a crippling loss and finds the courage to live after meeting an enigmatic girl. Parker Santé hasn’t spoken a word in five years. While his classmates plan for bright futures, he skips school to hang out in hotels, killing time by watching the guests. But when he meets a silver-haired girl named Zelda Toth, a girl who claims to be quite a bit older than she looks, he’ll discover there just might be a few things left worth living for.

A Gathering of Shadows by V.E. Schwab

Goodreads synopsis: Four months have passed since the shadow stone fell into Kell’s possession. Four months since his path crossed with Delilah Bard. Four months since Rhy was wounded and the Dane twins fell, and the stone was cast with Holland’s dying body through the rift, and into Black London. In many ways, things have almost returned to normal, though Rhy is more sober, and Kell is now plagued by his guilt. Restless, and having given up smuggling, Kell is visited by dreams of ominous magical events, waking only to think of Lila, who disappeared from the docks like she always meant to do. As Red London finalizes preparations for the Element Games—an extravagant international competition of magic, meant to entertain and keep healthy the ties between neighboring countries—a certain pirate ship draws closer, carrying old friends back into port. But while Red London is caught up in the pageantry and thrills of the Games, another London is coming back to life, and those who were thought to be forever gone have returned. After all, a shadow that was gone in the night reappears in the morning, and so it seems Black London has risen again—meaning that another London must fall.

7 thoughts on “February 2016 Most Anticipated Releases”