October is one of my favourite months of the year. Fall has finally started to kick in, all of my favourite TV shows have begun their new seasons, but the best part of October is…Halloween which just so happens to be my favourite holiday. With October comes all things spooky and scary, so I figured…why not dedicate my October TBR to all things creepy! I hope you all enjoy learning a bit more about my selections! What do you plan on reading during the month of October?

The Death and Life of Zebulon Finch,
Volume 1: At The Edge of Empire

Goodreads synopsis: What of the penetrating cold terror of an old hotel, a haunted place of seductive evil with a malevolent will of its own – and a five-year-old boy of innocent beauty whose mind mirrors the nightmarish secrets of its past? Behind every door of the Overlook’s 110 empty rooms there is a chamber o horror. Little Danny knows of these things because he has the terrible power – The Shining. 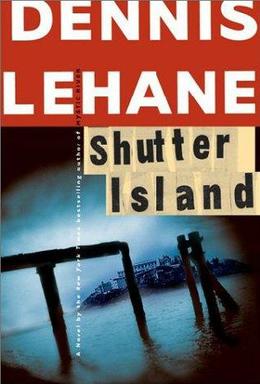 Goodreads synopsis: Summer, 1954. U.S. Marshal Teddy Daniels has come to Shutter Island, home of Ashecliffe Hospital for the Criminally Insane. Along with his partner, Chuck Aule, he sets out to find an escaped patient, a murderess named Rachel Solando, as a hurricane bears down upon them. But nothing at Ashecliffe Hospital is what it seems. And neither is Teddy Daniels. Is he there to find a missing patient? Or has he been sent to look into rumors of Ashecliffe’s radical approach to psychiatry? An approach that may include drug experimentation, hideous surgical trials, and lethal countermoves in the shadow war against Soviet brainwashing…Or is there another, more personal reason why he has come there? As the investigation deepens, the questions only mount: How has a barefoot woman escaped the island from a locked room?Who is leaving clues in the form of cryptic codes? Why is there no record of a patient committed there just one year before? What really goes on in Ward C? Why is an empty lighthouse surrounded by an electrified fence and armed guards? The closer Teddy and Chuck get to the truth, the more elusive it becomes, and the more they begin to believe that they may never leave Shutter Island.Because someone is trying to drive them insane…

Goodreads synopsis: Kyle Barnes has been plagued by demonic possession all his life. In light of recent revelations, he finally feels like he’s starting to piece together the answers he’s looking for. But while he feels a new sense of purpose… is Reverend Anderson’s life falling apart?

The Melancholy Death of Oyster Boy & Other Stories

Goodreads synopsis: From breathtaking stop-action animation to bittersweet modern fairy tales, filmmaker Tim Burton has become known for his unique visual brilliance – witty and macabre at once. Now he gives birth to a cast of gruesomely sympathetic children – misunderstood outcasts who struggle to find love and belonging in their cruel, cruel worlds. His lovingly lurid illustrations evoke both the sweetness and the tragedy of these dark yet simple beings – hopeful, hapless heroes who appeal to the ugly outsider in all of us, and let us laugh at a world we have long left behind (mostly anyway).

Goodreads synopsis: The adventures that began with Miss Peregrine’s Home for Peculiar Children and continued with Hollow City comes to a thrilling conclusion with Library of Souls. As the story opens, sixteen-year-old Jacob discovers a powerful new ability, and soon he’s diving through history to rescue his peculiar companions from a heavily guarded fortress. Accompanying Jacob on his journey are Emma Bloom, a girl with fire at her fingertips, and Addison MacHenry, a dog with a nose for sniffing out lost children. They’ll travel from modern-day London to the labyrinthine alleys of Devil’s Acre, the most wretched slum in all of Victorian England. It’s a place where the fate of peculiar children everywhere will be decided once and for all. Like its predecessors, Library of Souls blends thrilling fantasy with never-before-published vintage photography.