Hello everyone and welcome to another edition of Top 10 Tuesday, a weekly meme hosted by the folks over at The Broke and the Bookish! This week’s Top 10 Tuesday theme talks about the books that I would love to see as movies or television shows! This is such an awesome topic and I’m excited to share my answers with you! Here is my list in no particular order!

1. Half Bad Series by Sally Green

I’ve said this a few times now, but I was honestly not expecting to love Half Bad by Sally Green as much as I did. I found Half Bad in the Bargain Books sections of Chapters/Indigo for $5 and I thought, why the hell not. Once I started reading it I realized that I could not put it down. As soon as I finished reading it, I pre-ordered the sequel, Half Wild, and continued to fall in love with the series. I could definitely see this series being turned into a movie franchise, but I sincerely hope it turns out to be well done and successful instead of a flop like so many other book series to movie franchises before it.

I’ll be honest, Mosquitoland was purely a cover buy for me. I saw it on the shelves at a local Chapters/Indigo and I fell in love with its design. I didn’t read up on it too much before purchasing and I’m glad I didn’t. This book was such a pleasant surprise for me. I loved every last bit of it. It was extremely quirky and happy yet dark all at the same time which makes it very easy for me to see this book as film in the style of Wes Anderson. I can just picture all of the vivid colours and music that could potentially be portrayed in the film adaptation.

Night Film by Marisha Pessl is one of those books that got a lot of polarizing feedback. Readers either loved it or hated it. I was one of the many who thouroughly enjoyed this book. It was the first book I ever purchased for my Kobo e-reader and quite possible one of the longer books I have read. Although it was a lengthy book, it kept be completely engaged and wanting to continue reading. I sped through this nearly 700 page novel as if it were merely a 100 page novella. I could easily see this being made into a film that falls into the same category as Gone Girl and even being directed by David Fincher as well.

This series was unlike any genre I have ready before. I think I heard it described as an ecological horror novel which surprisingly describes this series perfectly. The reason I want this series to be transformed into either film or television is that I think it would definitely help me to visualize all of the unique imagery throughout this book. I think it could make for a very dark and visually appealing series with the potential of becoming a cult classic. 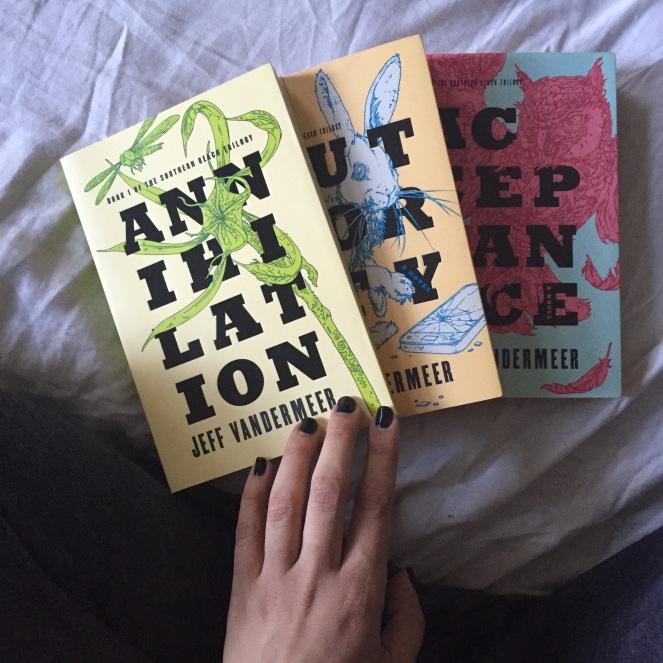 5. Aristotle & Dante Discover the secrets of the universe by benjamin alire sÁenz

This was one of the most beautifully written books I have read in a long time. I could totally see this being turned into an independent style film with beautiful cinematography. I recently watched an independent film from Portugal called The Way He Looks and the entire time I was watching it I kept picturing Aristotle and Dante.

6. The Alienist by Caleb Carr

Actually, this book is being turned into a television series and it will be directed by the same director that brought is True Detective which makes me extremely excited. I need this ASAP as this was one of the most detailed books I have ever read and I am eager to see how much the television will stay true to the novel. You can read up about the upcoming television series here. 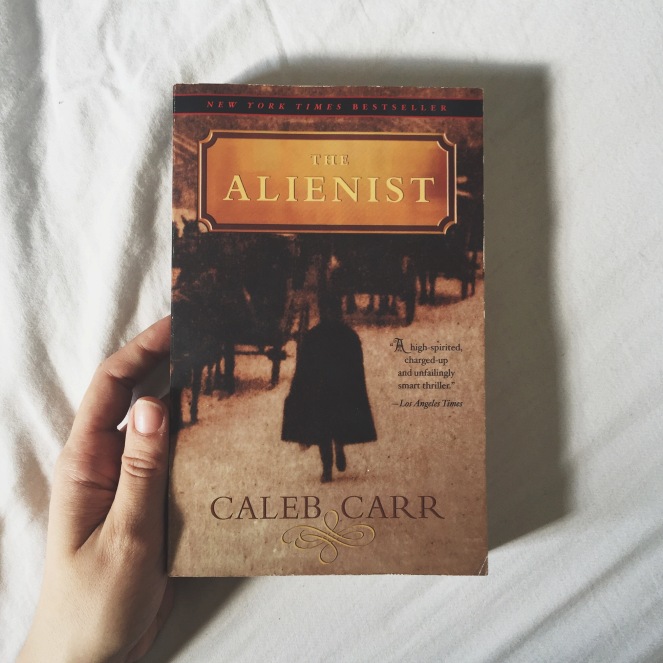 7. Ready Player One by Ernest Cline

Here is another book that is already actually being turned into a film and I could not be any more excited about it. I only finished reading this novel last week (you can check out my review here) and I cannot explain how much I enjoyed it. It was unlike anything I have read before and it was also the perfect book to introduce me to the science fiction genre. You can check out some info about the soon to be film here.

Station Eleven by Emily St. John Mandel was so unique and totally not what I expected when I read the summary. I knew that this book was gaining a lot of hype, so I purchased it more because I knew a lot of people were enjoying it rather than because the summary grabbed my attention. This was such a pleasant surprise in terms of storytelling and I think bringing the time jumping themes into a film or television adaptation of the novel would work extremely well.

9. More than This by Patrick NEss

This was my first ever Patrick Ness novel and I am so glad that it was. It was one of those stories that completely takes over your life and you never want to stop reading it. A lot of the themes were vague and up to the reader to figure out and make sense of. I think that bringing this to film could make for a very unique and original take on a young adult sci-fi story. Let’s be honest though, I would be happy with any Patrick Ness novel being transformed into film or television.

I found that while reading Red Rising I became a bit bored at times. I think that was due to the amount of detail that went into describing this adventure. This series is being compared to the Hunger Games and Divergent, but marketed toward a more adult audience. I think that all of the detail that goes into describing half of the events in this book could potentially work way better visually on film.

House of Leaves would probably be one of the hardest books to convert to film or television, but I can still hope right? This story has the potential to be extremely dark and disturbing and could definitely be marketed toward lovers of the horror genre.