Earlier today I talked about the books that I accumulated throughout the month of May. What that list didn’t include was the books that I found at a few thrift stores. Like always, I highly recommend looking through some of your local thrift shops once in a while as you can find some great quality books!

Goodreads synopsis: There’s a reason why Brewster can’t have friends – why he can’t care about too many people. Because when he cares about you, things start to happen. Impossible things that can’t be explained. I know, because they’re happening to me. When Brontë starts dating Brewster “Bruiser” Rawlins – the guy voted “Most Likely to Get the Death Penalty” her twin brother, Tennyson, isn’t surprised. But then strange things begin to occur. Tennyson and Brontë’s scrapes heal unnaturally fast, and cuts disappear before their eyes. What at first seems like their good fortune turns out to be more than they bargained for…much more.

Goodreads synopsis: “It began as a mistake.” By middle age, Henry Chinaski has lost more than twelve years of his life to the U.S. Postal Service. In a world where his three true, bitter pleasures are women, booze, and racetrack betting, he somehow drags his hangover out of bed every dawn to lug waterlogged mailbags up mud-soaked mountains, outsmart vicious guard dogs, and pray to survive the day-to-day trials of sadistic bosses and certifiable coworkers. This classic 1971 novel—the one that catapulted its author to national fame—is the perfect introduction to the grimly hysterical world of legendary writer, poet, and Dirty Old Man Charles Bukowski and his fictional alter ego, Chinaski.

Goodreads synopsis: Romance was not part of Nora Grey’s plan. She’s never been particularly attracted to the boys at her school, no matter how hard her best friend, Vee, pushes them at her. Not until Patch comes along. With his easy smile and eyes that seem to see inside her, Patch draws Nora to him against her better judgment. But after a series of terrifying encounters, Nora’s not sure whom to trust. Patch seems to be everywhere she is and seems to know more about her than her closest friends. She can’t decide whether she should fall into his arms or run and hide. And when she tries to seek some answers, she finds herself near a truth that is way more unsettling than anything Patch makes her feel. For she is right in the middle of an ancient battle between the immortal and those that have fallen – and, when it comes to choosing sides, the wrong choice will cost Nora her life. 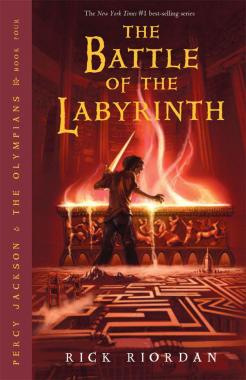 Percy Jackson: The Battle of the Labyrinth

Goodreads synopsis: Percy Jackson isn’t expecting freshman orientation to be any fun. But when a mysterious mortal acquaintance appears on campus, followed by demon cheerleaders, things quickly move from bad to worse.
In this fourth installment of the blockbuster series, time is running out as war between the Olympians and the evil Titan lord Kronos draws near. Even the safe haven of Camp Half-Blood grows more vulnerable by the minute as Kronos’s army prepares to invade its once impenetrable borders. To stop the invasion, Percy and his demigod friends must set out on a quest through the Labyrinth – a sprawling underground world with stunning surprises at every turn.

Goodreads synopsis: All year the half-bloods have been preparing for battle against the Titans, knowing the odds of a victory are grim. Kronos’s army is stronger than ever, and with every god and half-blood he recruits, the evil Titan’s power only grows. While the Olympians struggle to contain the rampaging monster Typhon, Kronos begins his advance on New York City, where Mount Olympus stands virtually unguarded. Now it’s up to Percy Jackson and an army of young demigods to stop the Lord of Time. In this momentous final book in the New York Times best-selling series, the long-awaited prophecy surrounding Percy’s sixteenth birthday unfolds. And as the battle for Western civilization rages on the streets of Manhattan, Percy faces a terrifying suspicion that he may be fighting against his own fate. 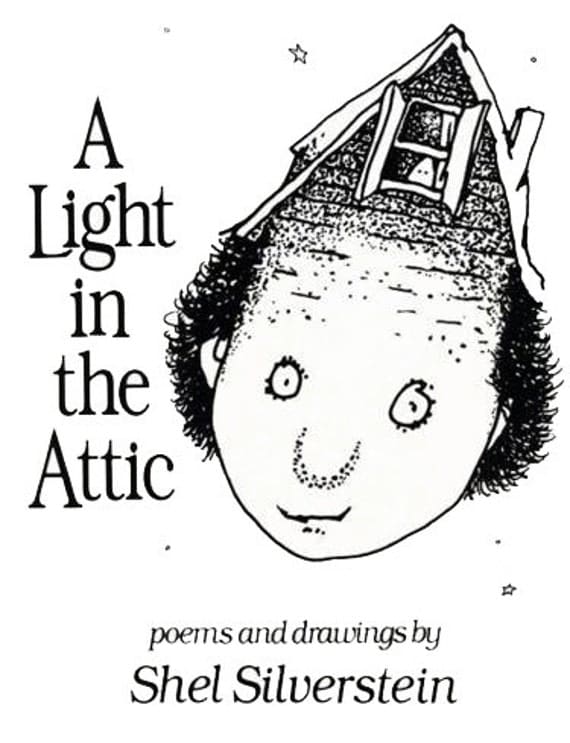 A Light In The Attic

Goodreads synopsis: It’s hard to imagine a world without A Light in the Attic. This now-classic collection of poetry and drawings from Shel Silverstein celebrates its 20th anniversary with this special edition. Silverstein’s humorous and creative verse can amuse the dowdiest of readers. Lemon-faced adults and fidgety kids sit still and read these rhythmic words and laugh and smile and love that Silverstein.

It’s Kind of a Funny Story

Goodreads synopsis: Ambitious New York City teenager Craig Gilner is determined to succeed at life – which means getting into the right high school to get into the right job. But once Craig aces his way into Manhattan’s Executive Pre-Professional High School, the pressure becomes unbearable. He stops eating and sleeping until, one night, he nearly kills himself. Craig’s suicidal episode gets him checked into a mental hospital, where his new neighbors include a transsexual sex addict, a girl who has scarred her own face with scissors, and the self-elected President Armelio. There, Craig is finally able to confront the sources of his anxiety. Ned Vizzini, who himself spent time in a psychiatric hospital, has created a remarkably moving tale about the sometimes unexpected road to happiness.

Goodreads synopsis: Patrick Bateman is handsome, well educated, intelligent. He works by day on Wall Street earning a fortune to complement the one he was born with. His nights he spends in ways we cannot begin to fathom. He is twenty-six years old and living his own American Dream.

And there you have it. Do you frequently visit local thrift stores? Which ones are your favourite? As always, thank you for reading!